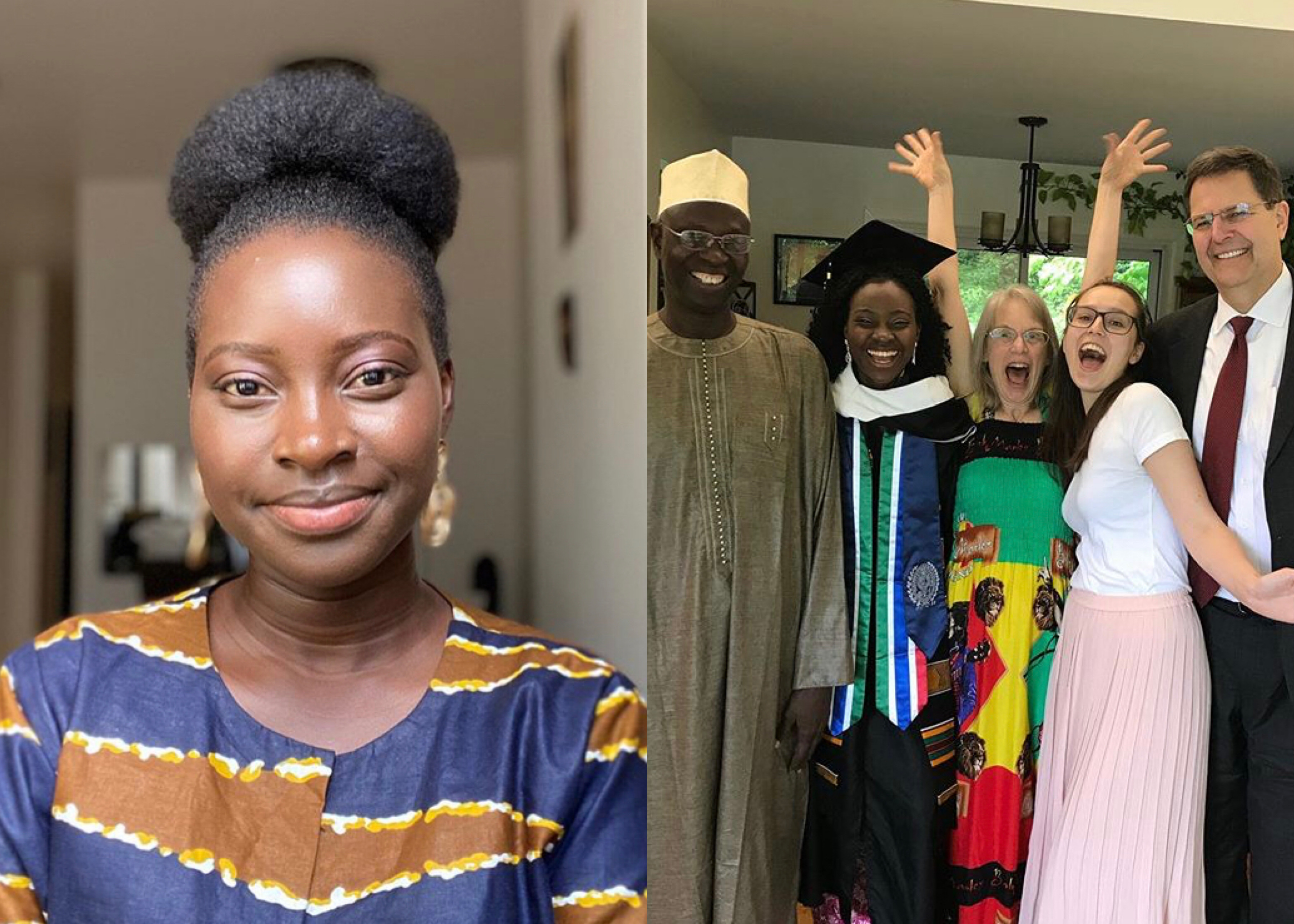 Day by day, the internet is flooded with negative stories, many of which makes one wonder about the fate of mankind. But even amidst the gloom, many heartwarming stories are told, as much needed reminders pointing to the good in humanity.

One of such cases of good deeds is the story of an American family who adopted a Gambian lady, a total stranger with schooling challenges in the US as their child.

The Gambian lady narrating how the journey started said she begged her father to go study in the US, as she thought it was going to be an easy process. 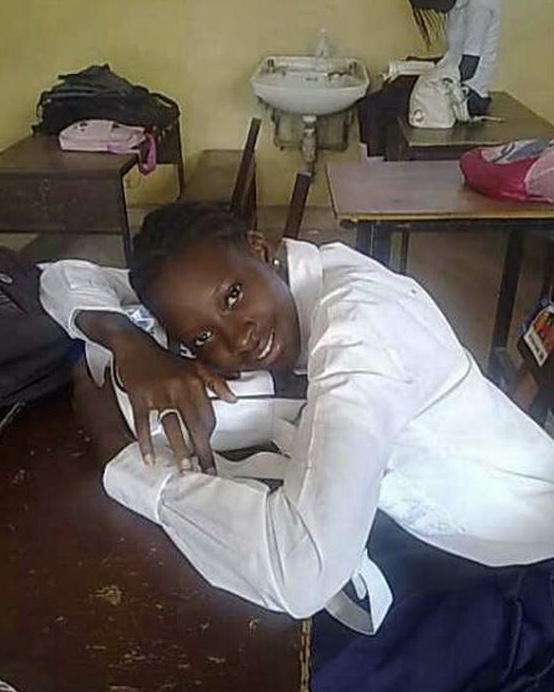 Her father reportedly took a loan and bought her a plane ticket. She arrived America with only $150 and had to live with a Gambian family.

Surprising to her, she was faced with a number of issues upon getting to the US in search of institutions that offered international students suitable financial aid. Nothing was forthcoming.

The Gambian lady said she lost hope and was planning to travel back home before she went to the last school she planned to visit called Montgomery College.

It was a five-minute bus ride from where she was staying and when she visited the campus, she learned about a scholarship for international students.

I thought studying in the US would be easy. I’d attended a UN conference in high school, so I already had a visa. I begged my father to let me go. He finally agreed and took out a loan to buy me a plane ticket. I arrived with $150 in my pocket, and stayed with a Gambian family in Maryland. For two months I visited schools, asking for financial aid—but nothing was available for people like me.

I began to accept the reality that I would need to go back home. There was one last school called Montgomery College. It was a five-minute bus ride from where I was staying. And when I visited the campus, I learned about a scholarship for international students. But the deadline was approaching, and I would need to submit my application that day. 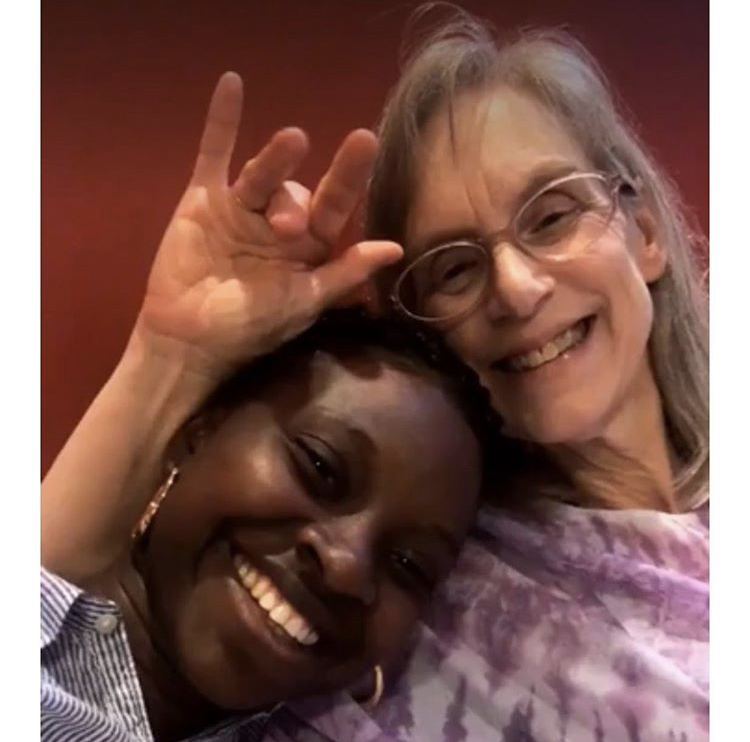 I searched everywhere for a computer. I walked through the hallways looking for any door that was open. And that’s how I discovered Professor Rudin. She was sitting at her desk. She had currency from all over the world hanging on her wall. 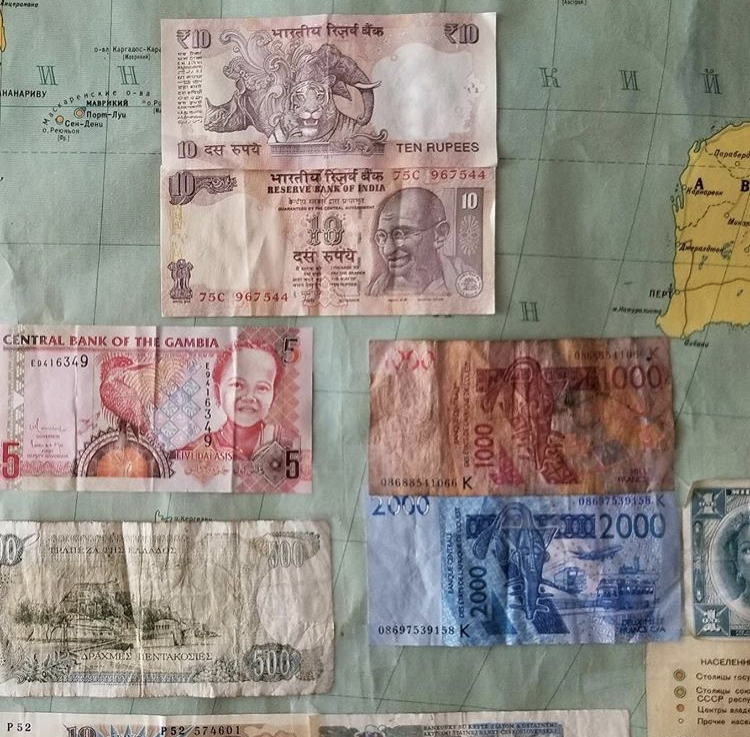 I noticed a bill from Gambia, and that’s how we started talking. I stayed for two hours. I told her my entire story, and by the end we were crying and hugging each other. Kelly researched the scholarship and learned it wouldn’t work out.

In a sudden turn of event, Professor Kelly Rudin and her husband Tom offered to pay her school fees, accommodate, clothe and fed her.

But that night she spoke to her husband Tom, and they decided to pay for my school fees. They gave me money for food and clothes. Kelly drove me to Best Buy and got me a phone, and then added me to their family plan. I’m still on that plan today. For two years I lived with the Rudins. Every morning Kelly made me breakfast, and we drove to school together. She and Tom became like my parents. And her children became like my siblings. They hung pictures of me around the house. They helped with my entire education. 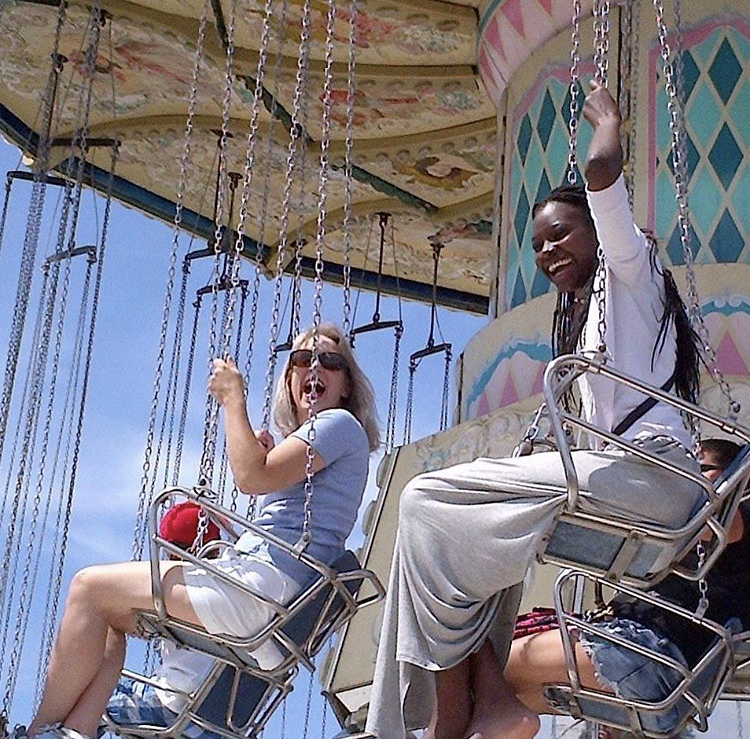 She added that upon her graduation from Georgetown, the Rudin family paid for her father to attend her ceremony.

When I graduated from Georgetown, they even paid for my father to attend the ceremony. He was so overwhelmed when he arrived. He gave Tom the biggest hug. 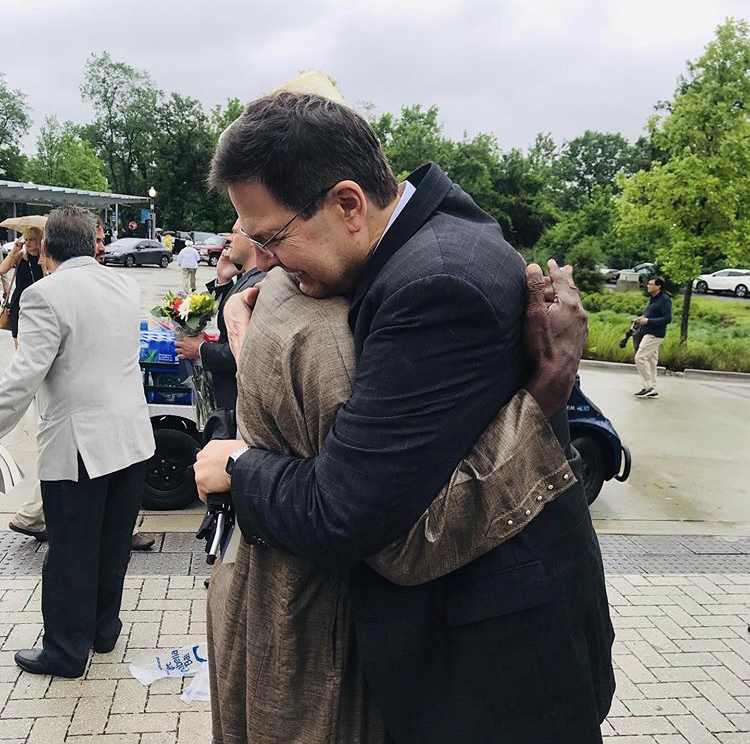 It was such an emotional moment for me. I thought about how it all started—begging my dad to let me come to America. And here I was, four years later, graduating from Georgetown. My father was with me. And he was thanking the two human beings who took me in and called me their daughter. 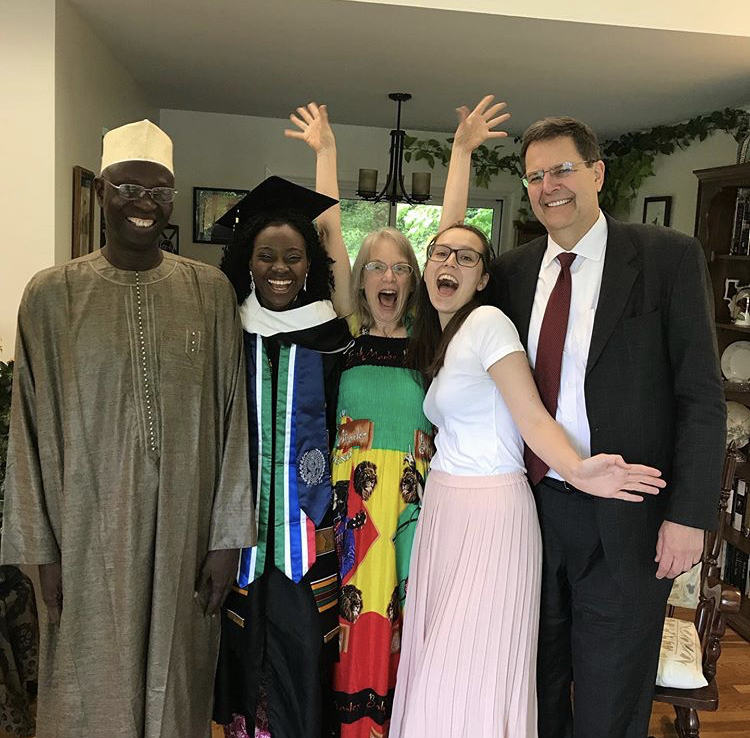 It is not hard to find injustice around us, but we must not let injustice and negativity smear or reduce the beauty or the good deeds that occur around us everyday.

Professor Kelly Rudin and her family deserve accolades for helping the young woman at her lowest moment. God bless them.