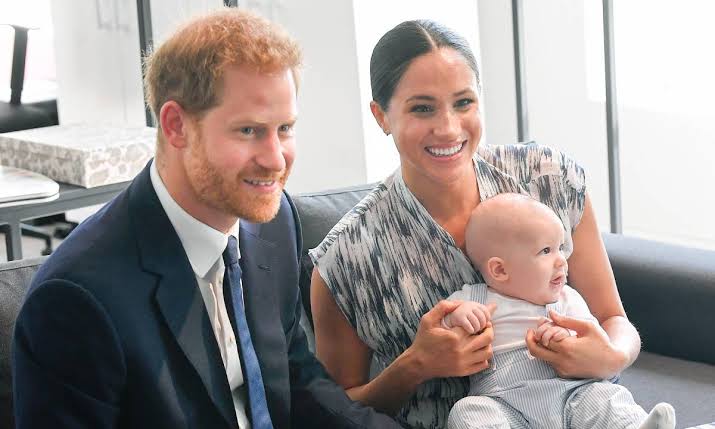 Duke of Sussex, Prince Harry and Duchess Meghan Markle and their one year old son, Archie

The lawsuit filed on Thursday alleges ‘serial intrusions’ into 14-month old Archie‘s privacy at the Los Angeles home where Harry and Meghan have been living since March, Daily Mail reports.

Read Also: “I Had No Choice But To Step Back From Royal Family” – Prince Harry

The couple say they are taking legal action to protect Archie from a ‘manufactured feeding frenzy’ after claiming that the paparazzi had flown helicopters over their home and cut holes in a fence to take pictures.

They also accuse photographers of putting misleading captions on pictures of Archie in the back garden in order to suggest they were taken in a public place. 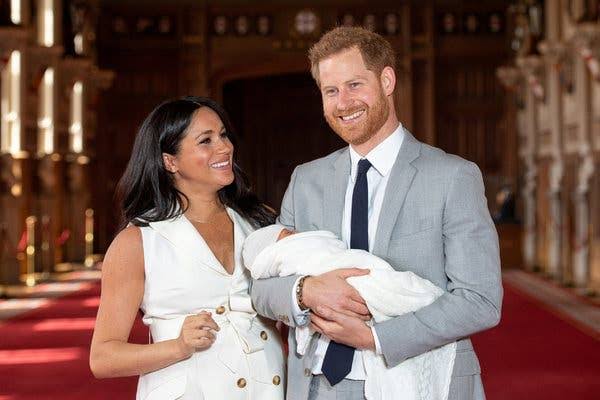 Duke of Sussex, Prince Harry and Duchess Meghan Markle and their one year old son, Archie

The Duke and Duchess of Sussex are filing this lawsuit to protect their young son’s right to privacy in their home without intrusion by photographers, and to uncover and stop those who seek to profit from these illegal actions.

Meghan, Harry and one-year-old Archie have been staying at Hollywood producer Tyler Perry’s $18 million mega-mansion in the exclusive neighborhood of Beverly Ridge since moving to the Los Angeles, US in March.

In their lawsuit, they said the photographers took considerable privacy measures at Tyler’s mansion, including the erection of a large mesh fence around the property to guard against telephoto lenses.

They however stated that they cannot protect against drones which are being flown ‘a mere 20 feet above the house as often as three times a day’.

Helicopters have also flown over the residence as early as 5.30am and as late as 7pm, the legal papers allege, which had the effect of ‘waking neighbours and their son, day after day’.

The duke and duchess say they expect to be followed when they go out in public but state that ‘certain paparazzi and enablers have crossed a red line.’

Harry and Meghan‘s complaint accuses the paparazzi of ‘intimidation, harassment and the addition of a very real security threat on top of what already exists’.

The suit also claims that the photographer trying to sell pictures of their son claimed they were taken in public, in Malibu.

They have reportedly also attempted to try and reduce the ‘bounty’ price of Archie’s photos by sharing pictures of him on social media.

However, because Harry and Meghan do not know who took the pictures, the lawsuit targets unnamed defendants, which allows the couple to pursue anyone selling the images.