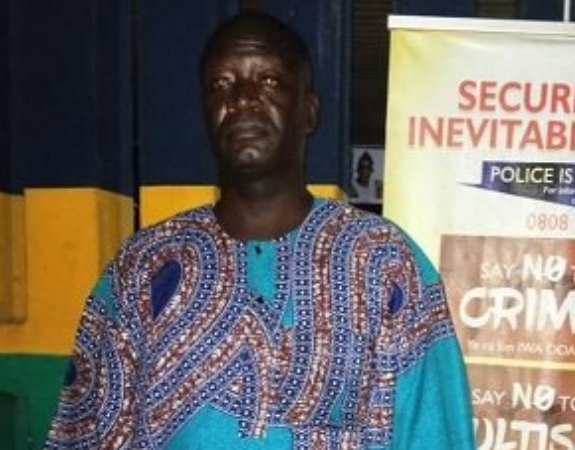 According to reports, Oyetola raped his daughter on several occasions, getting her pregnant three times which she aborted each time.

He was arrested following a complaint by the daughter, who reported at Owode-Egbado divisional headquarters that her father had been forcefully having carnal knowledge of her since 2015 shortly after the demise of her mother.

She told the Police that she got pregnant for her father three times but he took her to a nurse who terminated the pregnancies each time.

Confirming the incident, the spokesperson of the state police command, DSP Abimbola Oyeyemi, said the pastor was immediately arrested after she reported at the police station.

After the third abortion, the suspect did family planning for her so as not to get pregnant any longer. Having realised that her father is all out to ruin her life, she ran away from the house and reported to an NGO – Advocacy For Children And Vulnerable Persons Network – consequent upon which she was taken to Owode-Egbado police station for complaint.

Upon the report, the Divisional Police Officer, Owode-Egbado division, Superintendent of Police, Olabisi Elebute led her detectives to the pastor’s house where he was promptly arrested. On interrogation, the suspect made a confessional statement that all his daughter said is nothing but the whole truth.

The Commissioner of Police, CP Kenneth Ebrimson, has ordered the immediate transfer of the suspect to the Anti-human Trafficking and Child Labour Unit of the state Criminal Investigation and Intelligence Department (SCIID) for further investigation and prosecution.