Body of the Flying Officer Tolulope Arotile has been laid to rest at the military cemetery on Airport Road, Abuja on Thursday, July 23.

An ambulance belonging to the Nigerian Air Force with registration number AF 442, brought in the body. 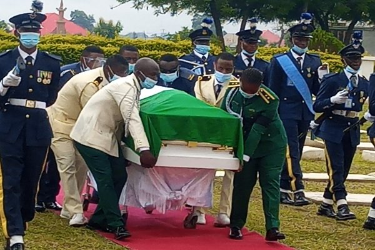 The country was thrown into a state of mourning last week Tuesday when the Nigerian Air Force first announced that the country’s first female combat helicopter pilot died from a road traffic accident at the NAF base in Kaduna State. 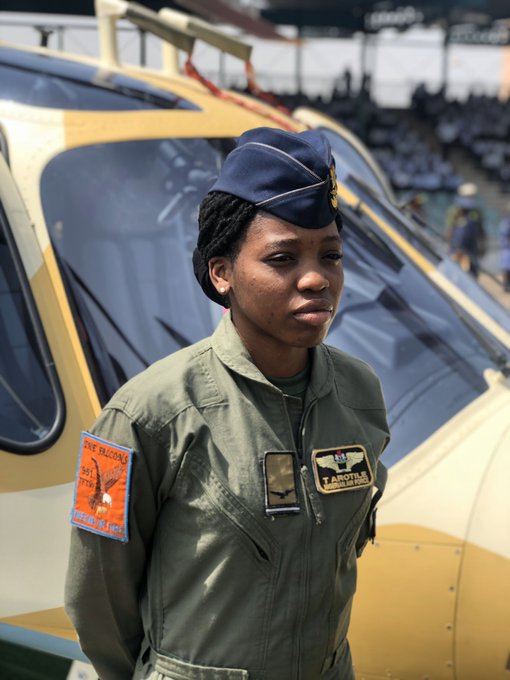 The air force said the female officer sustained head injuries from the accident when she was “inadvertently hit by the reversing vehicle of an excited former Air Force secondary school classmate while trying to greet her.”

Read Also: Breaking: NAF Reveals Identity Of Arotile’s Ex-Classmate Who Hit Her With Car, Hands Over Case To Police

NAF said Arotile was hit by an ex-classmate, Nehemiah Adejoh, who had no valid driver’s licence, noting that the matter, being a civil case, would be transferred to the Nigeria Police Force.

See photos from the burial ceremony; 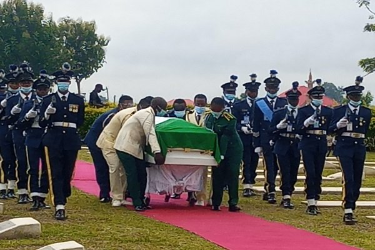