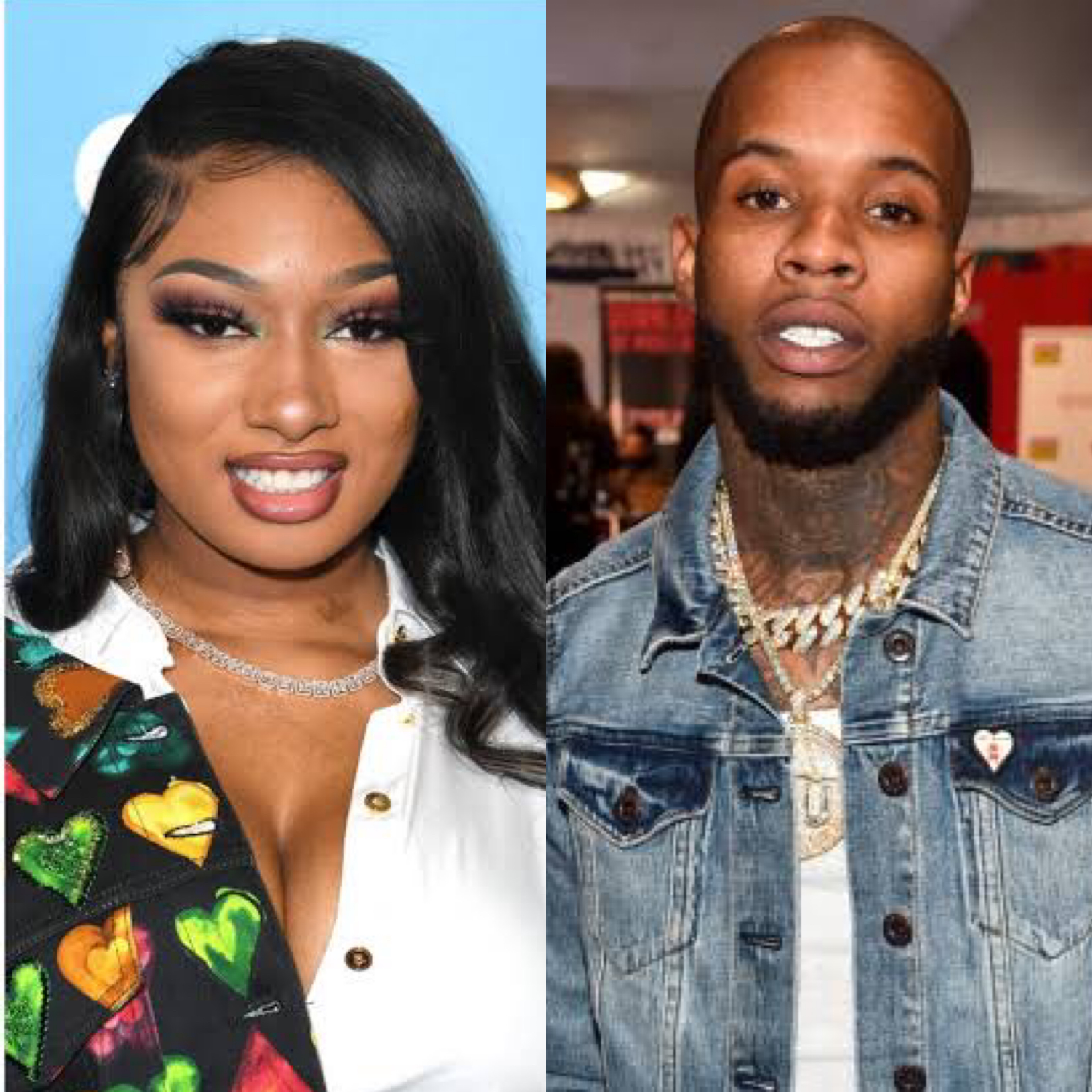 Rapper Megan Thee Stallion, whose real name is Megan Pete, has recounted details of how she allegedly got shot in the feet by rapper Tory Lanez before he arrested.

MDB reported that Lanez and Megan had left a party in the Hollywood Hills on July 12 when the shooting incident happened.

Megan allegedly got shot in the leg by the Canadian rapper when she and her best friend Kelsey Nicole attempted to get out of the SUV they were in with him following the fight at the house party.

Lanez was arrested afterwards and charged with having a concealed weapon in a vehicle, a felony charge. According to the Blast, his next court date is Octover 13.

There was also footage of Megan’s blood at the scene when police ordered them to step out of the car before the arrest was made.

Megan has now spoken about what happened that night in an Instagram Live on Monday.

I was shot in both of my feet and I had to get surgery to get the sh*t taken out, to get the bullets taken out. And it was super scary.

She reiterated that she was not doing anything to put herself in that position, saying; “I didn’t put my hands on nobody. I didn’t deserve to get shot…I didn’t do sh*t.”

Stallion became tearful, explaining that both her parents were not around to help her cope, saying;

Imagine being 25 and you don’t have both of your parents. My mama was my best friend, I’m still not really over that. So you kind of like try to fill your space with a bunch of people that you think is making you happy.

The rapper also talked more about her injuries, thanking God that the bullets missed the bones in her feet.

Oh Lord, I didn’t think I was going to cry. But yeah I had to get surgery and it was super scary. Just the worst experience of my life. And it’s not funny, there’s nothing to joke about. It was nothing for y’all to make up stories about.

Thank God that the bullets didn’t touch bones. Like they didn’t break tendons. I know my mama, my daddy and my granny had to be looking out for me with that one cause where the bullets hit, it missed everything. But the motherf**kers was in there.

The ‘Savage’ singer’s story left her fans further devastated, who decided to start a petition demanding Lanez be deported back to Canada.

Deport Tory Lanez (Daystar Peterson) back to Canada and ban him from coming to America FOREVER. This little 5’3 man with a big ego has contributed nothing to the American Economy, and promotes violence and violence against women.

Furthermore, he should be banned from the United States FOREVER for intentionally trying to harm Megan the Stallion. SEND HIM BACK TO CANADA ASAP!

The online petition has already received over 5,000 signatures with 7,500 set as its goal.

More and more people are adding their signatures to the petition every passing minute and it seems like its only a matter of time before it meets the target.