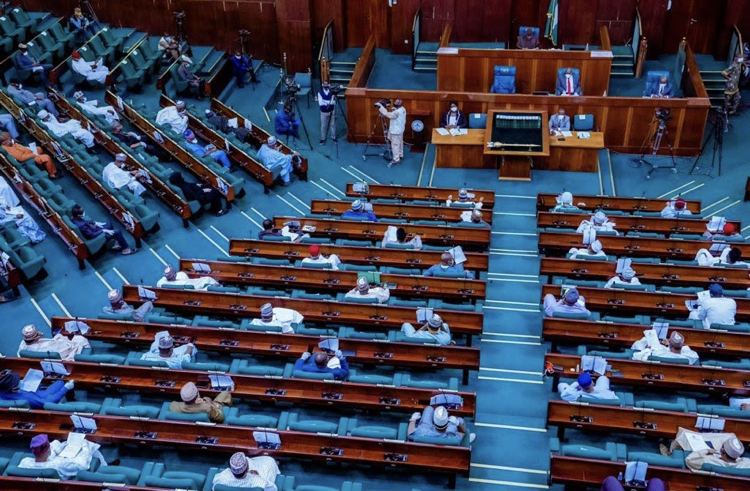 House of Representatives have raised an alarm over clauses conceding Nigeria’s sovereignty to China in a 2018 loan agreement.

The clause described as “lethal” by the panel is in article 8(1) of the commercial loan agreement between Nigeria and Export-Import Bank of China.

The loan agreement came to light at an investigative hearing conducted by the house committee on treaties and agreements chaired by Nicholas Ossai, a lawmaker from Delta state, when Rotimi Amaechi, minister of transportation, appeared before the panel.

According to a report by ThisDay, the controversial clause in the agreement reads;

The borrower (Nigeria) hereby irrevocably waives any immunity on the grounds of sovereign or otherwise for itself or its property in connection with any arbitration proceeding pursuant to Article 8(5), thereof with the enforcement of any arbitral award pursuant thereto, except for the military assets and diplomatic assets.

The chairman of the committee also said there are agreements signed by the ministry of communications and digital economy where the country’s sovereignty will be breached if it defaults in the agreements.

When the national assembly reacts in this manner, to question some level of agreements being entered into by any ministry of this country with any other nation, we have every right to question that because anything that is going to happen will happen to our generations unborn. Whether we get it from China or not is immaterial.

The most important thing is that we must save and protect our people as regards agreements, because most of the agreements that have been signed, the national assembly has no knowledge. Even the details embedded in those agreements are not forwarded to you when demanding counterpart funding.

We need to know those details even before going to sign such agreements. But those details are not provided to the parliament. So, we have the right to question them.

However, Minister of Transportation, Mr Rotimi Amaechi; urged the House not to investigate the loans being received by the government, adding that the probe will jeopardise the chances of the country in getting further loans.

He added that China was monitoring happenings in Nigeria and the probe will send a negative message to the Asian country about Nigeria.

My fear is that if this probe continues, at the end of the day, some sections of the country may suffer. In oversighting, there is what is called national interest. But in asking questions on these loans now, it may jeopardise these loans. The Lagos-Ibadan is not completed; the Ibadan-Kano is not completed.

Let the Government of China not say there is a disagreement in the government on this loan and so we will not give this loan. So, I appeal to the chairman to give us from now till December when we are likely to secure the loans. Then, from January, February, you can resume this investigation.

However, Amaechi’s plea was not taken as the Committee Chairman said that the minister should return to the committee on August 17 with other ministers to give details of the contract agreements.

Don’t Be Distracted From Your National Assignment…