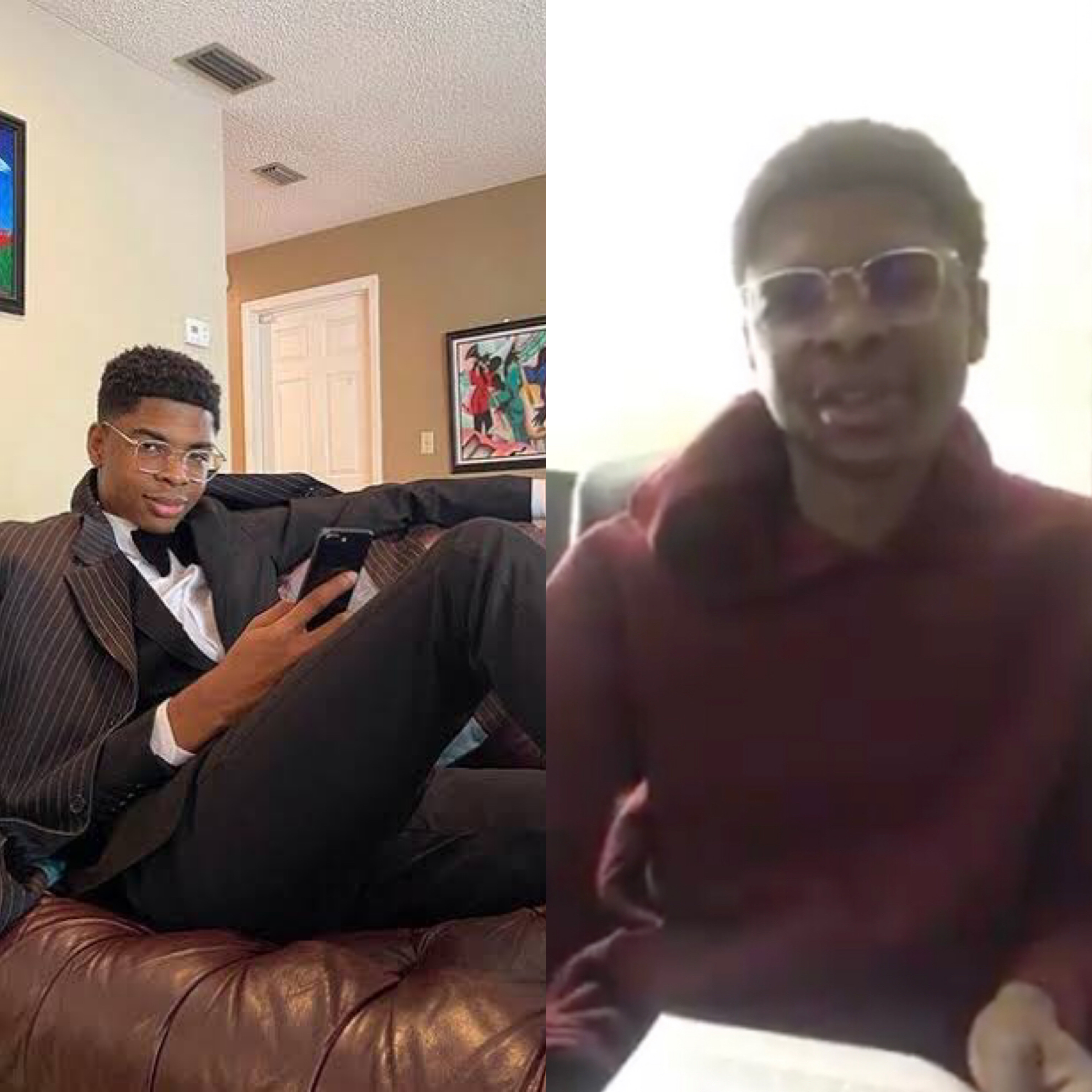 A video of the last moments of US-based Nigerian entrepreneur, Izuchukwu Madubueze, who passed on after he was accused of sexual assault, has emerged on Monday, July 27.

The news about Madubueze’s death sparked outrage on Twitter, following reports that he took his life after he was accused of sexual harassment and his name was added to a ‘register of rapists’.

Using the hashtag #JusticeforIzu, many Nigerians on Twitter called for severe punishment for accusers.

Read Also: Justice For Izu: Young Man Kills Himself After Being Accused Of Sexual Assault, Name Added To ‘Register Of Rapists’ On Twitter (photos)

In the latest development, a video of him reading his last words has surfaced on social media.

In the low-quality video, he could be seen sitting in front of a camera, holding two sheets of white A4 paper, where he wrote his last words to family and friends.

At the beginning of the video, he gave the date as July 16, 2020, then went ahead to talk about how he was falsely accused and not given the opportunity to defend himself.

I feel like it will be awesome to say some last words before I leave. I was not ever given a fair chance to clear my name or explain my side of the story or verify if any of the allegations against me were true or not. I think it’s all good; it’s all right.

Madubueze went on to apologise to his parents and siblings for bringing disgrace to the family, adding that; “the last two years have been the heaviest moments of my life.”

He apologised to some friends because of what he was about to do (suicide) and addressed those who accused him of rape.

Watch the heart-wrenching video below;

“I wasn’t ever given a fair chance to clear my name or explain my side of the story or verify whether any of the allegations against me were true or not” – Izu 1/ pic.twitter.com/dlBDw8Hyts

“…this whole situation reiterates why I don’t need to be here …. I still maintain that I don’t know how or the person who said I sexually harassed her….” – Izu 2/ pic.twitter.com/fWXeCo2zJH

“….to the girls who posted the list, thank you for posting the list. …I can’t shoot the massager. You denied me the opportunity to clear my name…” – Izu 3/ pic.twitter.com/X2aJW7X68Z

“….understand what a safe place is first before you claim to create it… to everyone who reached out and tried to hear my side of the story, to everyone who supported me, thank you – it wasn’t in vain, I just don’t have much to live for” – Izu 4/ end. pic.twitter.com/ZDSAqfKfjJ

Tyler Perry Recounts How He Attempted Suicide Days After DJ…