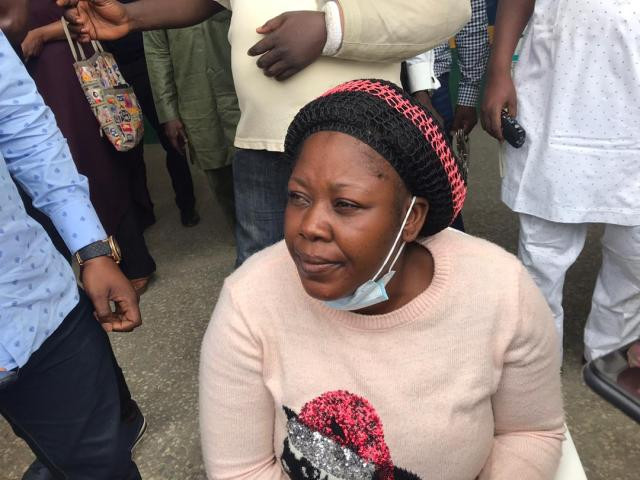 FCT Police Command have arrested a 37-year-old woman, Torkwase Queen Ayakpa, for staging her own kidnap in order to test her elder sister’s love for her.

Parading the suspect alongside 24 others for different crimes on Wednesday at the FCT Police Command, the Commissioner of Police in charge of the territory, CP Bala Ciroma said she confessed to conspiring with one Fidelis Ikule, 36, to stage the kidnap.

They were arrested after the police tracked the calls they were making for the ransom to Ikule’s house in Mashafa Village, Mpape, Abuja, where they were staying.

Ayakpa, who is a hairstylist, told the police that she also did it to extort N20,000 from her sister because her hairstyling business was no longer doing well due to the coronavirus pandemic.

According to her, she begged her sister for some money to start a business but her elder sister refused.

Narrating the incident, Ayakpa, who hails from Benue state, said she left home on Monday, July 20, and called her sister telling her she has been kidnapped and her abductors needed N20,000 to free her.

The sister suspecting foul play reported the incident to the Special Anti-Robbery Squad (SARS) on July 26, and the phones used for the ransom call were tracked leading to their arrest.

Ikule, who was also paraded, admitted that he called Ayakpa’s sister on her instruction to demand for the money, adding that she stayed in his house the entire period she faked the kidnap.

The Police boss said they would arraigned in court on completion of investigations.