Kanye West Says He Had COVID-19, Calls Vaccine ‘The Mark Of The Beast’ 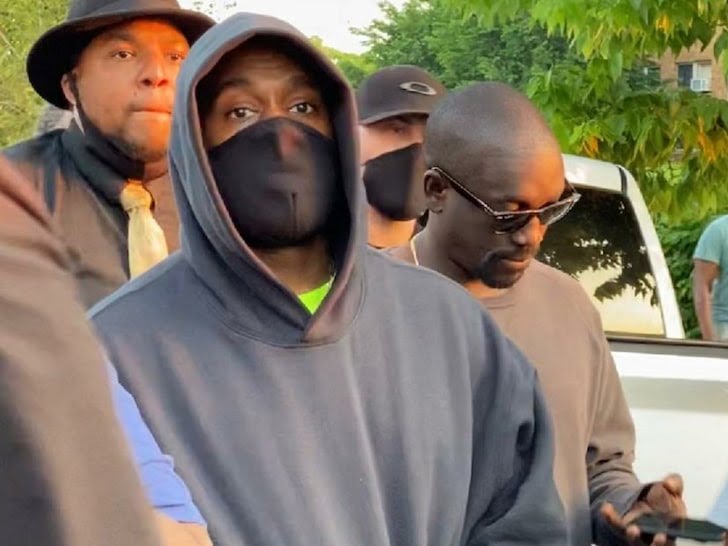 As scientists around the world work towards finding a treatment for coronavirus, American rapper Kanye West has said he is ‘extremely cautious’ about a coronavirus vaccine, describing it as ‘the mark of the beast’.

West made this revelation during a four-hour Forbes interview conducted on Tuesday and released on Wednesday.

When they say the way we are going to fix Covid is with a vaccine, I am extremely cautious. That is the mark of the beast.

The 42-year-old rapper also revealed that back in February, he had coronavirus, saying;

I had chills, shaking in the bed, taking hot showers, looking at videos telling me what I am supposed to do to get over it. I remember someone had told me Drake had the coronavirus and my response was Drake cannot be sicker than me.

However, the singer who is a recent Christian-convert, believes that a coronavirus vaccine is an agenda to control humans and prevent people from making heaven.

They want to put chips inside of us, they want to do all kinds of things, to make it where we cannot cross the gates of heaven. I am sorry when I say they, they are humans that have the Devil inside them. And the sad thing is that, the saddest thing is that we all would not make it to heaven, that there will be some of us that do not make it.

In the Christian theology, the mark of the beast is the mark put on the forehead of those who worship the ‘beast’, the symbol of opposition to God noted in Revelation 13:16:

He required everyone–small and great, rich and poor, free and slave–to be given a mark on the right hand or on the forehead. [NLT]

Kanye West believes that people should pray for coronavirus to be cured, stressing that;

We pray. We pray for the freedom. It is all about God. We need to stop doing things that make God mad.

On 4 July, US Independence Day, the rapper announced that he is running in the 2020 US presidential election, despite missing a number of ballot deadlines.

In the Forbes interview, he said he can get back onto the missed ballots by citing ‘coronavirus issues’, claiming he had the virus during that period.

The entrepreneur stated that he will be running independently under ‘Birthday Party’ with Wyoming preacher Michelle Tidball as his running mate.

However, many political analysts are yet to confirm how serious his intention is, as he is widely seen as a huge supporter of US President, Donald Trump, who is also running.

West, in the interview, has now declared that that he no longer a Trump supporter, stating that his intention is not a publicity stunt.

Trump, on his part, does not seem to be worried about the potential of another controversial celebrity entering the 2020 presidential race.

In an interview with RealClearPolitics on Tuesday, the US President said if Kanye West actually does run for president this year, West will “have to view it as a trial run” for 2024, noting that at such a late stage in the race, it would be difficult for West to get on the ballot in many states.

Wizkid Says Rap Genre In Nigeria Is ‘Dead And Boring’