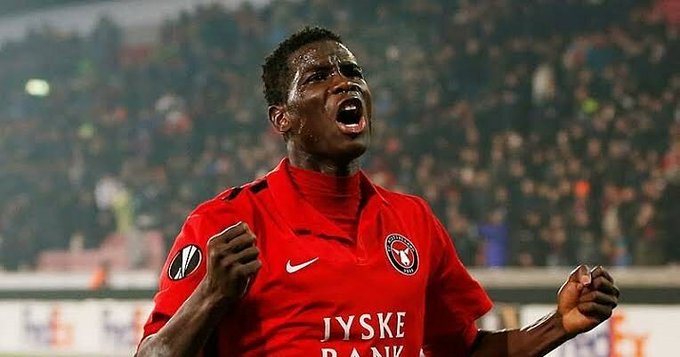 Akpan Udoh had tested positive for COVID-19 in February.

Onuachu’s positive test was revealed on Wednesday in his base in Belgium where he plays for Genk.

Ahead of the Genk’s exhibition game, all the players of the club including the two other Nigerian, Stephen Odey and Cyril Dessers were all tested.

While every other player returned negative, the 26-year-old tested positive, according to Belgium news outlet, HLN Sport.

The Nigeria international was initially stranded in the country because of travel restriction before finally finding a way to join his club ahead of the new season.

In the run-up to the first exhibition game of the season, the entire Genk group was tested yesterday (Tuesday). Everyone tested negative except Onuachu.

According to hln.be, Onuachu will miss Genk’s first exhibition game of the season against Eendracht Termien on Thursday (today) as he will be quarantined for at least a week.

He scored 10 goals and recorded two assists for the club in the 2019/2020 season before it was abruptly ended due to the coronavirus pandemic.