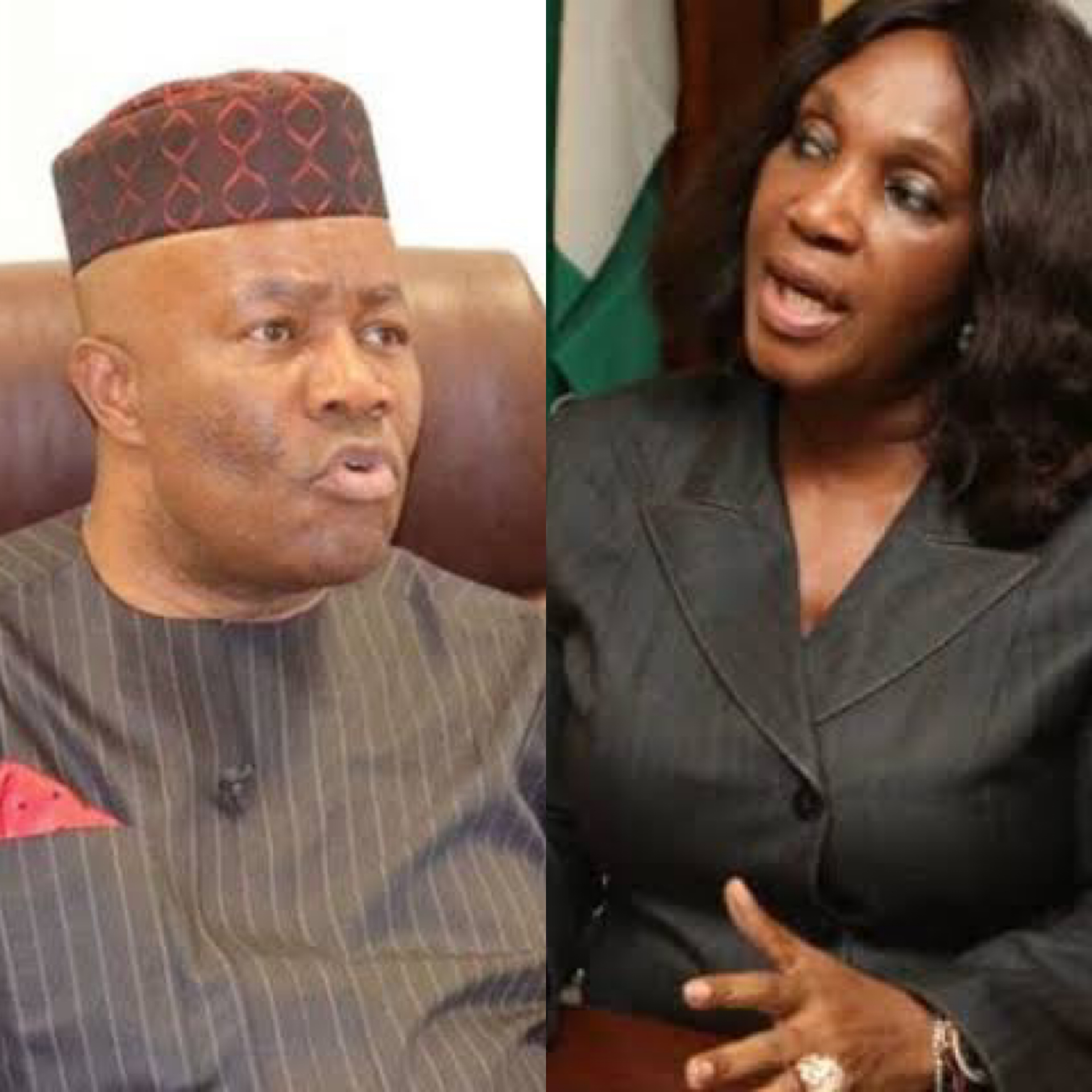 Minister of Niger Delta Affairs, Godswill Akpabio, has reacted to the corruption allegations made against him by Joy Nunieh, the former Acting Managing Director of Interim Management Committee (IMC) of the Niger Delta Development Commission (NDDC).

On Friday, Nunieh made some damning allegations against the Minister and former Governor of Akwa Ibom State on his handling of the Ministry.

Addressing the press after she appeared before Senate adhoc Committee investigating NDDC, Mrs Nunieh recounted her ordeal at the hands of the Minister before she was removed as the NDDC MD, accusing him of serial corrupt practices and fraud.

Read Also: Nigerians React As Ex-Acting MD Of NDDC, Joy Nunieh Accuses Akpabio Of Asking Her To Take Oath To Commit Fraud At The Commission

She alleged that during her brief tenure at the commission, Mr Akpabio repeatedly pressured her to take “an oath of secrecy” that was meant to keep her from exposing fraud at the commission.

Nunieh claimed that no payment was made in the commission without his approval and also alleged that he mandated her to ‘implicate’ one of her associates in a fraud deal.

She alleged that she was unjustly removed from office because she refused to dance to the tune of Akpabio.

However, reacting in a television interview that has gone viral on social media, Akpabio slammed the former NDDC MD saying her character is flawed and that she has temper issues.

The Minister also charged his interviewer to bring the four husbands of Nunieh, whom she had allegedly divorced, to the studio to attest to her temperament.

You also need to bring all the other former husbands to the studio so that you ask them questions one after the other because it looks like character. They will have answers to her problem. Not a professional conduct, is she a professional? They will tell you about her characters because what I am seeing here…if somebody comes up and say something on television channel…then the whole world…Nigerians love bad news and my job is to protect the citizens of the country and the administration of Mr. President. I must tell you that even Mr. President, President Buhari was not aware of all these things because I did not want to bother because he will be shocked.

The Senate ad hoc panel is investigating the alleged mismanagement of N40 billion by the interim management committee (IMC) of the NDDC.