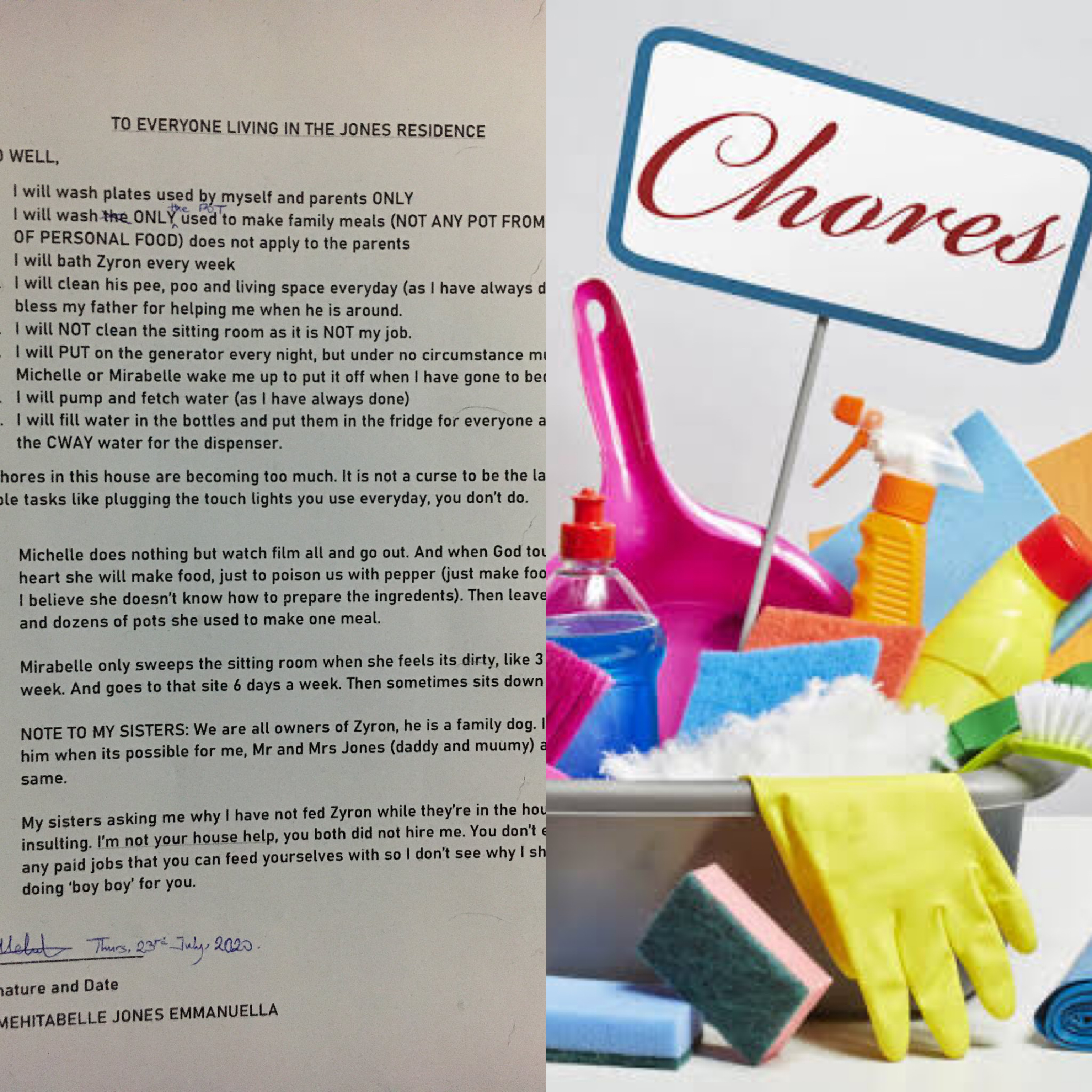 An hilarious letter written by the last born of a family who is obviously tired of running so much errands for her siblings has gone viral.

In some families, the last child of the home is expected to take responsibility for many of the chores, however this young lady named Mehitabelle Jones is tired of that stereotype.

In the letter which was posted by her older sister, Mirabelle on Twitter, Mehitabelle, highlighted chores that she actively does in their house and those that she will no longer participate in as they are now burdensome for her.

She also wrote a set of new rules regarding house chores, expressly declaring that she is tired of being the one expected to run simple tasks at home that can be done by someone else.

My chores in this house are becoming too much, it is not a curse to be the last born. Simple task like plugging the torch lights you use everyday, you don’t do.

The witty young lady then pointed out the minimal tasks her sisters (Mirabelle and Michelle) engaged in and areas where she expects them to do better henceforth.

Mehitabelle also detailed chores she is willing to do and the ones she will no longer do, handing them over to her sisters.

The young lady spoke about putting on the generator, waking up to turn it off, bathing, feeding and cleaning their dog as well as other chores that are her pain point.

She also mildly addressed her parents in the hilarious letter and mentioned that she was tired of doing “boy boy” for her family.

The letter has since drawn funny reactions online and has been retweeted by over 13,000 people.

Read the hilarious letter below; 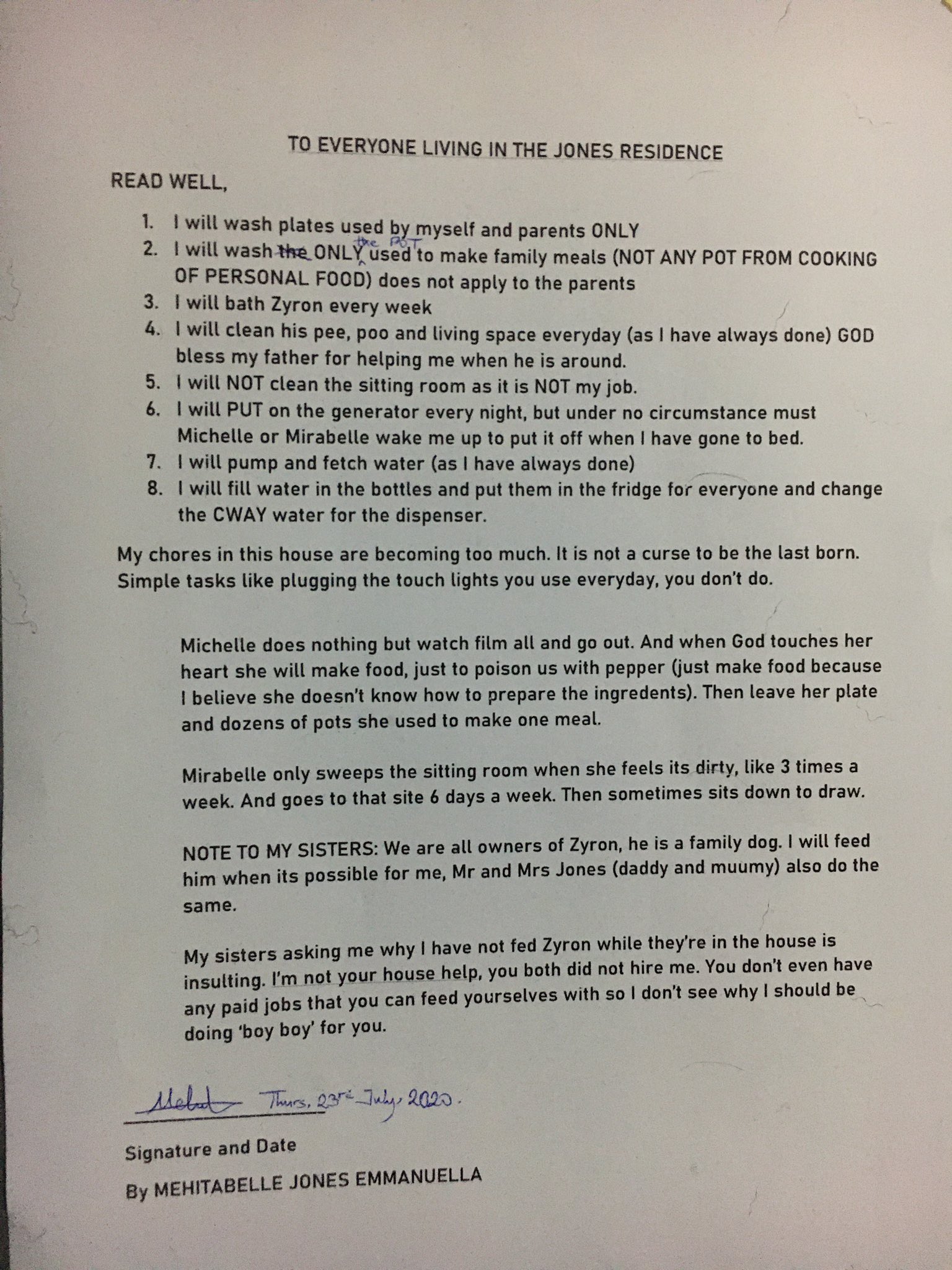