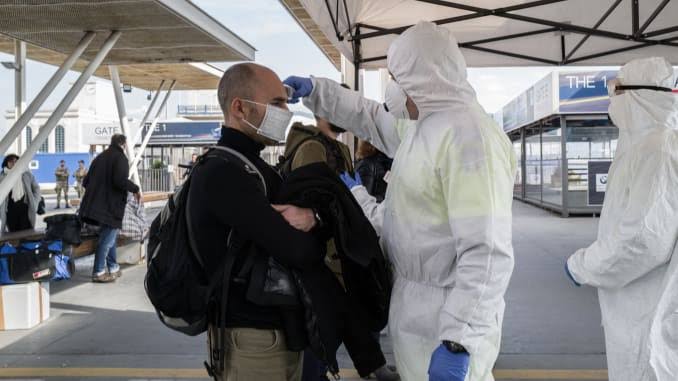 Italy has banned travellers from 13 countries viewed as COVID-19 ‘high risk’ nations from entering the country.

Italy’s Health Minister Roberto Speranza in  a statement said the ban affects anyone who has stayed in or travelled through these countries in the last 14 days.

Travellers from all other countries outside the European Union and the Schengen free movement area can travel to Italy but must observe 14 days of quarantine on arrival.

Around the world the pandemic is in its most acute phase. We cannot waste the sacrifices the Italians have made in recent months.

Italy has also suspended all direct and indirect flights to and from the 13 ‘high-risk’ countries.

The country was the first European nation to be hit hard by the coronavirus after its outbreak first emerged on February 21.

It has recorded almost 35,000 deaths but the daily tally of fatalities and new infections have dwindled compared to those seen at the peak of its epidemic in late March.

On Thursday, the Civil Protection Agency reported 12 deaths over the last 24 hours, down from 15 recorded the previous day, while new cases increased from 193 to 229.

Italy: Outrage After Nigerian Man Strangled To Death As…