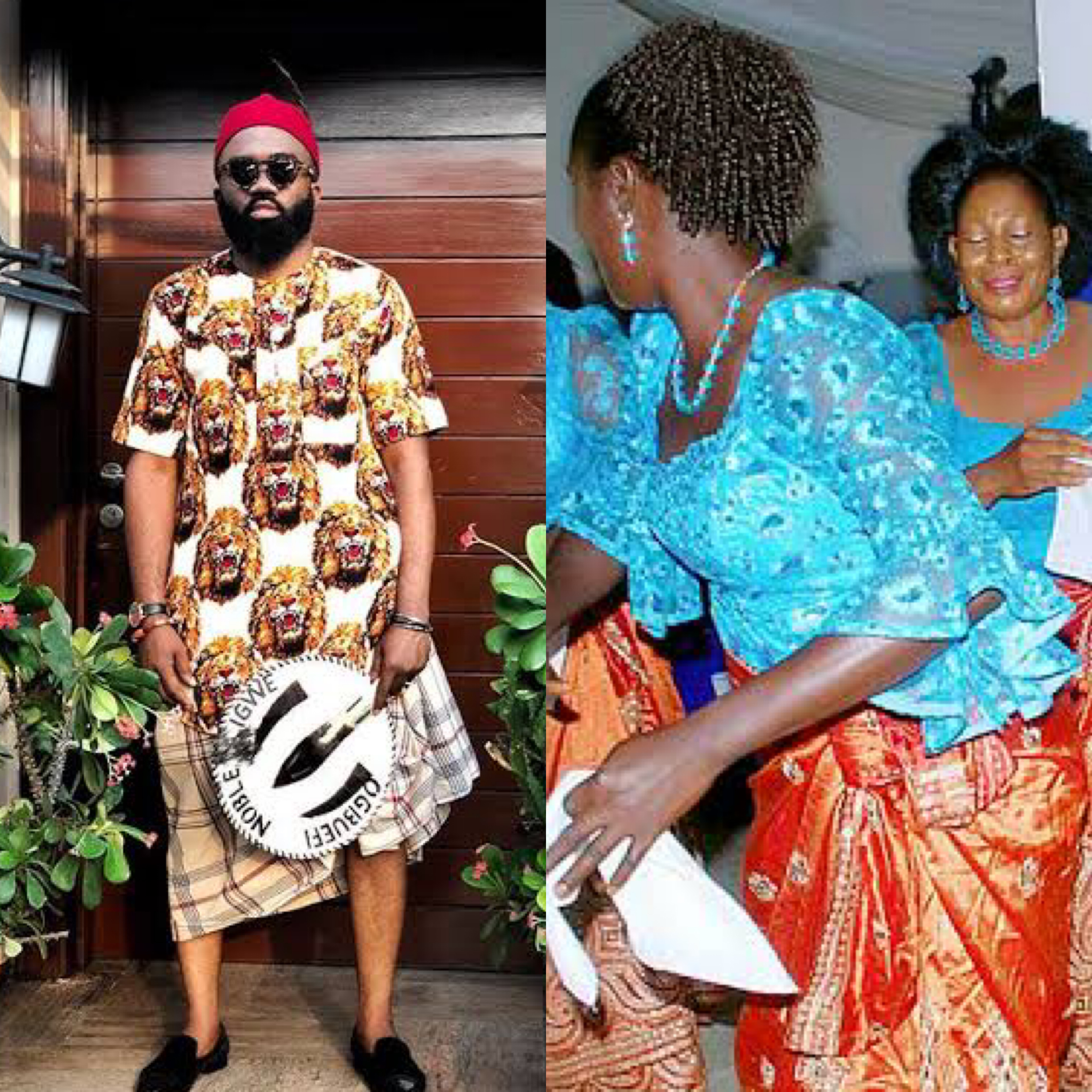 A Twitter thread made by a media personality, Noble Igwe, has sparked tribal war among many Nigerians on the social media platform.

In his thread, the media personality opined that Igbo women are “lazy, don’t like working, and just want to sit back and enjoy their husbands’ hard-earned money.”

He said unlike Igbo women, Yoruba women are hard-working, build their houses themselves, and do not wait to inherit houses from their fathers.

He went on to advise men saying;

Find you a woman that is ready to work hard with you to leave things equally for your children, not the Igbo woman that is waiting on you to die first so that she can inherit and be called the head of home just by being “ Ori Aku”.

Read his full thread below;

The Igbo women are lazy, does not like to work and just want to sit back and enjoy their husband hard earned money. They want to inherit their husband’s property and then inherit from their father’s house as well but do nothing but answer “Ori Aku”.

See Yoruba women. Hard working,building houses and not really trying to fight for father’s house in Ibadan. When they want to make changes, they do but Igbo women will come and make it seem like someone is holding them down.

The Yoruba woman is a go getter. Breaking boundaries, doing new things every day and she does not even need a law to back her. Just her belief and living life on her terms. Guess what? They don’t need anybody’s permission.

Everyday you are seeking for permission from your village to thrive in Lagos ? Build a house and inherit it, nobody from your village will come to take it. There’s no culture holding you back from achieving things, why are so in on inheriting something when you can build yours?

Why is the topic always on inheritance? Can’t you work for your own? You don’t need a husband to inherit . Have you seen Hausa women fighting for inheritance? No, they go out and build.

No wonder most people think that Igbo women are greedy. The argument can never be how” my Igbo culture stopped me from buying land in Lagos”, it’s always about what to gain from the patriarchy ridden people.

Kings, find you a woman that is ready to work hard with you to leave things equally for your children, not the Igbo woman that is waiting on you to die first so that she can inherit and be called the head of home just by being “ Ori Aku”.

Tomorrow, you’d see other women tweet about how their mother willed things to them and how it helped them do better. These tweets don’t come from Igbo women, them and their mothers are waiting for their father to die first.

Ask yourself, what have you done to change the life of the girl child in your community? Is it Igbo men too that are stopping you?

In conclusion, any gender can hold any agenda. While some of our concerns are true, the real change comes from doing and not holding the sins of fathers over all Igbo men. Discuss issues as it relates to particular people, communities, villages and the Igbo land at large.

The Igbo man is flawed, just like every other man but you can’t deny the work that the new generation Igbo man is doing towards changing some of these narratives.

This has since sparked mixed reactions from many Nigerians on Twitter from various tribes.

See some mixed reactions below;

Igbo women & the term “lazy” have no connection at all. Most of them work hard at & hustle like men if not more.

If the women in your family are lazy & useless, please advise them to work harder. Don’t generalize & blame all Igbo women!!!

Aee ehn, I lived with Igbos for a year plus and you couldn’t have said it better!

Honestly, I’ll rather be called “lazy” by an Igbo man than called “hard working”. Do you know what ir means for an Igbo man to call you hard working? 😂😂 https://t.co/lvP8ERLlli

I am an igbo man and what noble said here is the truth.

I can’t relate to that “Igbo women are lazy” thread abeg.

The Igbo women I know are born hustlers, from cousins who sold okrika to pay their way through medschool and now in the UK to aunties who built houses in this Lagos.

Noble igwe is speaking from his own perspective.

I haven’t met a lazy igbo woman before, Infact hard work is like the Number 1 rule for a newly wedded igbo woman. That Noble Igwe’s tweet better be sarcasm cus wtf!

A great one here
Just so you know generations back, Igbo women were not sent to school.
They were only trained to take care of their husbands and children.
But this generation Igbo women are stronger than you can imagine so hard working. Igbo’s value culture most are shitty

It depends on who you actually married , some of you married for beauty,fame and perceived wealth from in-laws I guess that is where you got this ugly notion from

I hope this is sarcasm because the igbo women i saw in anambra state when i was serving are extremely hardworking. there was a pregnant woman in my compound that used to push wheelbarrow to fetch water while her husband lazied at home @JD_Oladeji can testify to this.

Lots of truth. It was almost impossible to see a property in lagos that is owned by an igbo woman that wasnt inherited.that narrative is gradually changing with the new-age working class Igbo women. Wheresas its always been normal with Yoruba women to own their own properties

Dating A Yahoo Boy Is The Most Dangerous Thing To Do – Lady Recounts How Boyfriend Almost Used Her For Ritual
We Lost A Rare Gem -Nigerians Mourn Tolulope Arotile, First Female Combat Helicopter Pilot