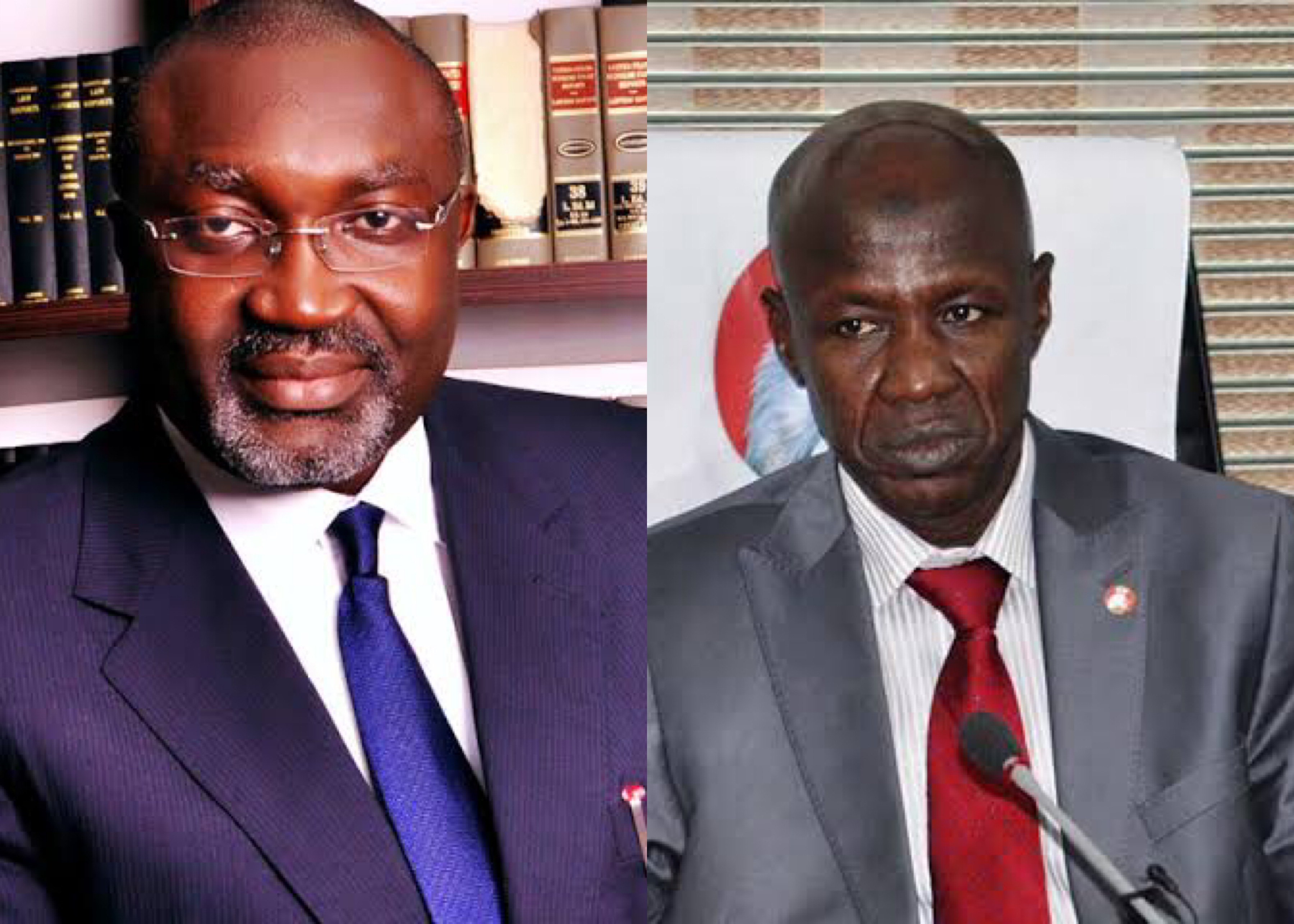 Godwin Obla, a former prosecutor with the Economic and Financial Crimes Commission (EFCC), has accused Ibrahim Magu of ordering his detention after asking for N763 million legal fees which the agency owes him.

Magu, the suspended EFCC acting chairman, was arrested and detained on Monday, July 6, 2020, following a summons by the presidential panel probing the activities of the agency under him.

Obla made the allegation while reading out an 18-page letter to the Justice Ayo Salami-led Presidential panel titled, ‘Presentation In Respect of Malicious and Reckless Abuse of State Power of Investigation and Prosecution Resulting in Mismanagement of Forfeited Assets by Deliberate and Contrived Incompetence and Suspicious Dealing of Forfeited Assets’.

The senior advocate testified before the panel in the presence of Magu at the Banquet Hall of the Presidential Villa on Monday.

Testifying before the panel, Obla, who claimed he prosecuted high-profile cases for the agency, said instead of paying him the accrued sum, Magu kept him in custody for 21 days over trumped-up charges of bribing Justice Rita Ofili-Ajumogobia.

Obla, who presented over 10 documents to the panel including his bill of charges, said he prosecuted 40 cases for the EFCC including those of former bank chiefs sacked by the Central Bank of Nigeria (CBN) under the leadership of Lamido Sanusi and also helped the commission recover hundreds of billions of naira in cash and assets.

As of date, the EFCC owes me an outstanding balance of N685, 389, 928.10 and $202,460.47 (N78.5m) or its naira equivalent at the prevailing Central Bank of Nigeria exchange rate, together with interest at prime lending rate, being professional fees for the prosecution of over 40 high profile cases. See Statement of Claim in Suit No: FCT/CV/3220/17 BETWEEN Obla v. EFCC.

The senior advocate said all letters sent to the EFCC were ignored but the fee was never contested, stressing;

In effect, Ibrahim Magu deliberately and maliciously denied me the fruits of my services for EFCC whilst putting me to great expense to defend a worthless charge.

I have never made any payment of N5 million or any other amount to Justice Ajumogobia. To the best of my recollection, the payment of N5 million under reference was a payment I made on May 21, 2015 to a company named Nigel & Colive Nig. Ltd, for the purchase of building materials for my construction site in Abuja (now my present office building).

When contacted on the telephone by Punch, a lawyer to Magu, Tosin Ojaomo, said it was unfortunate that the panel could invite someone facing corruption charges to testify against Magu.

Ojaomo admitted that Obla was being owed funds but said the EFCC had to verify the fee before payment could be made.