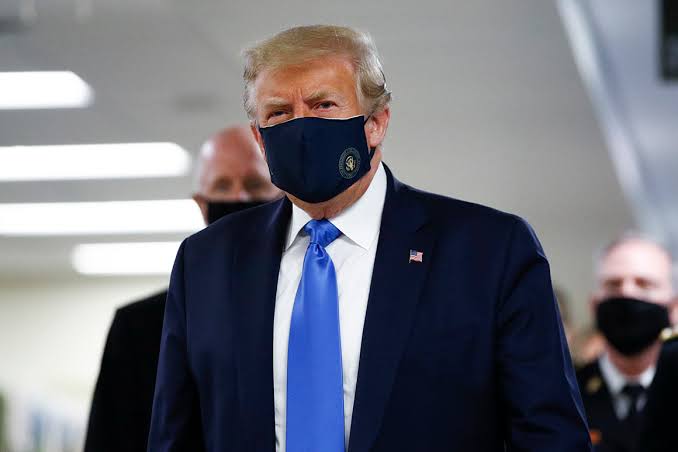 President of United States Donald Trump has worn a face mask in public for the first time since the outbreak of the novel COVID-19 pandemic.

Trump had previously refused to wear masks in public, although he had said he would wear one if in a crowd and could not maintain physical distance from others.

He had come under sharp criticisms from Democratic rival Joe Biden and even from his fellow Republican Party members, who said his stance showed a lack of example or leadership.

President Trump has now shocked the world after he wore one on Saturday during his visit to the Walter Reed National Military Medical Centre outside Washington, where he met wounded soldiers and frontline healthcare workers. 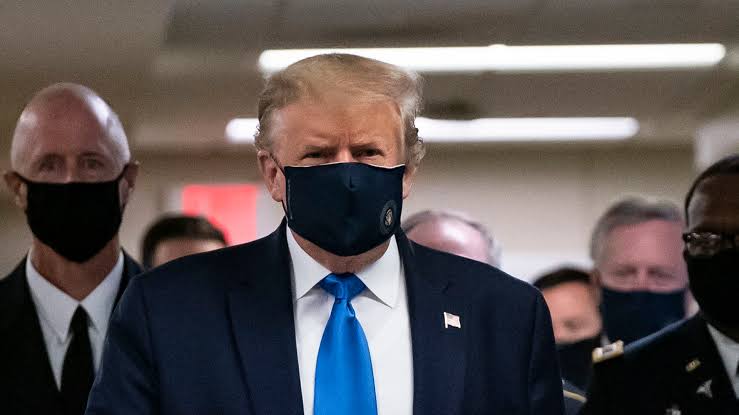 However, Trump did not mention the coronavirus as a reason for wearing the mask, but speaking before leaving the White House, he said;

I have never been against masks but I do believe they have a time and a place.

I think when you are in a hospital, especially in that particular setting, where you are talking to a lot of soldiers and people that, in some cases, just got off the operating tables, I think it is a great thing to wear a mask. 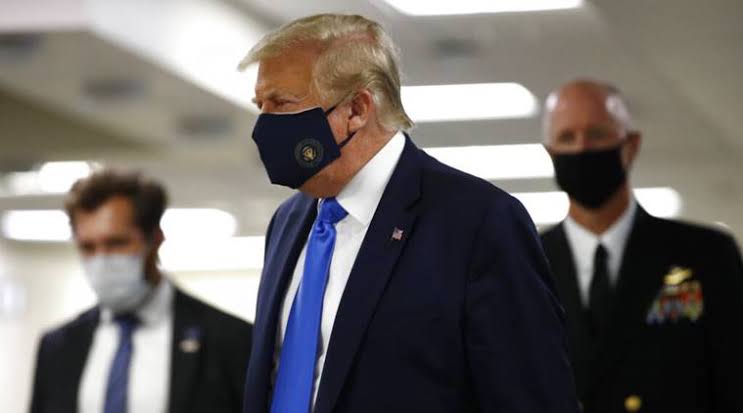 The change of tone comes as the US recorded 66,528 coronavirus cases on Saturday, a new daily record.

Public health officials and institutions have been urging people to use masks to slow the spread of the virus.