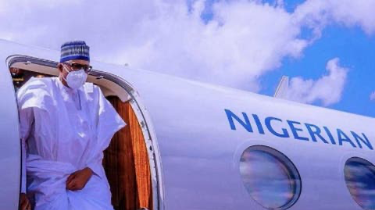 President Muhammadu Buhari has arrived in Mali on a one-day visit aimed at finding a political solution to the crisis in the country.

There have been protests against President of Mali, Ibrahim Boubacar Keita, who has spent two out of the five years second term in office.

A resistance group, M5, in Mali is insisting that the constitutional court must be dissolved and the President resigns before peace can return to the country.

Riots on July 10 had led to the killing of some protesters by security agents, causing the crisis to spiral out of control, hence the intervention by ECOWAS.

The President’s arrival was confirmed in a tweet by his personal assistant on new media, Mr Bashir Ahmad.

The arrival of President @MBuhari in Bamako. He is in Mali with some ECOWAS leaders led by President Mahamadou Issoufou of Niger Republic, as they agreed to meet there to engage in further consultations towards finding a political solution to the crisis in the country. pic.twitter.com/qzblArbaRE

This is the President’s first trip out of the country after Nigeria recorded its first COVID-19 case in February.

According to an earlier statement by the Special Adviser on Media and Publicity to the President, Femi Adesina, Buhari’s visit followed the recent briefing by the ECOWAS Special Envoy to Mali, former President Goodluck Jonathan about the crisis in the country.

The statement added that President Buhari and the ECOWAS Chairman who is the President of Niger Republic, Issoufou Mahamadou agreed to meet in Mali to engage in further consultations towards finding a political solution to the crisis in the country.

The two leaders are joined by the Host President, Ibrahim Boubacar Keita and Presidents Machy Sall of Senegal, Nana Akufo-Addo of Ghana and Alassane Ouattara of Cote d’Ivoire.

Upon his arrival in Mali, President Buhari was sighted wearing a face mask for the first time since the coronavirus outbreak across the world. 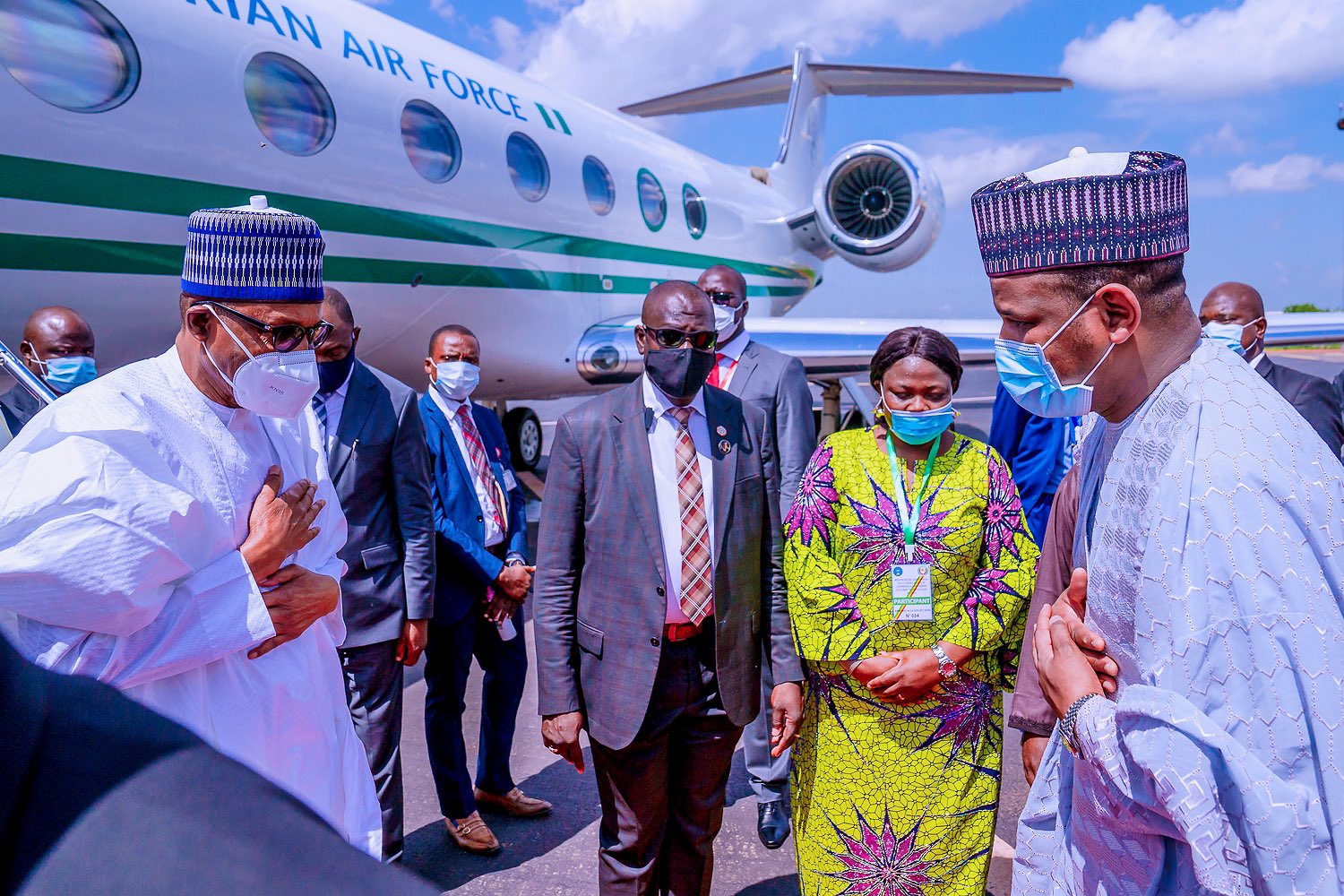 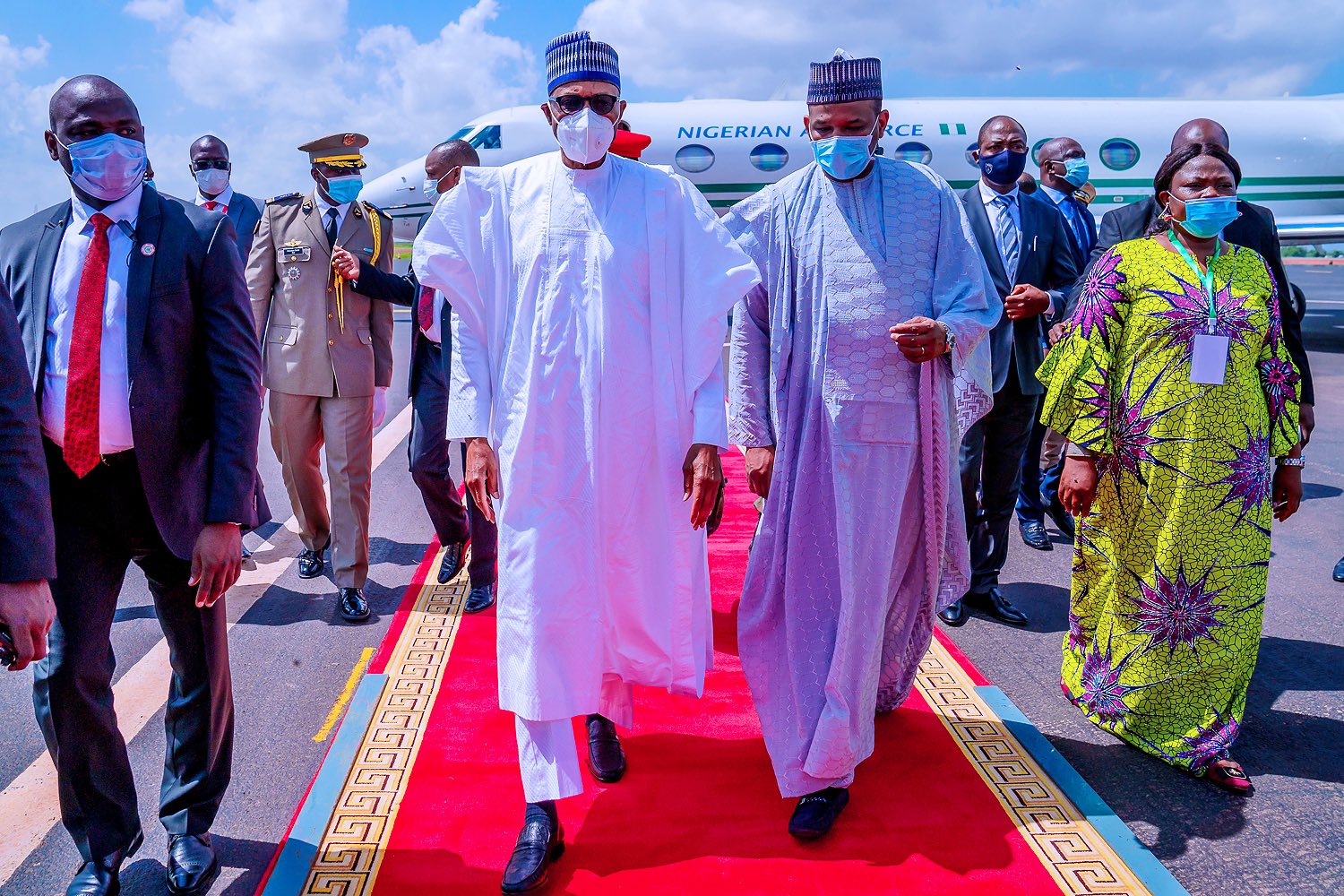 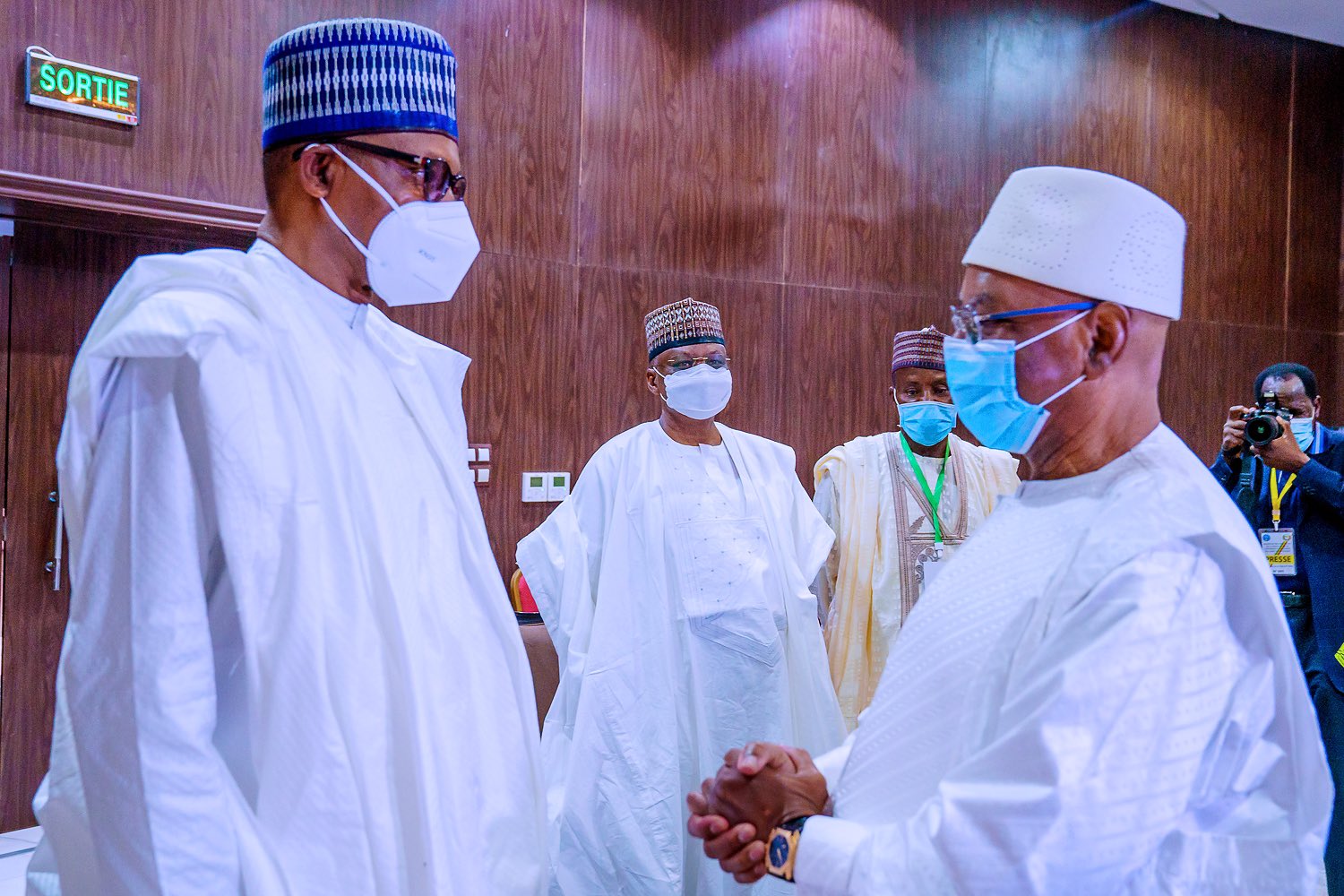 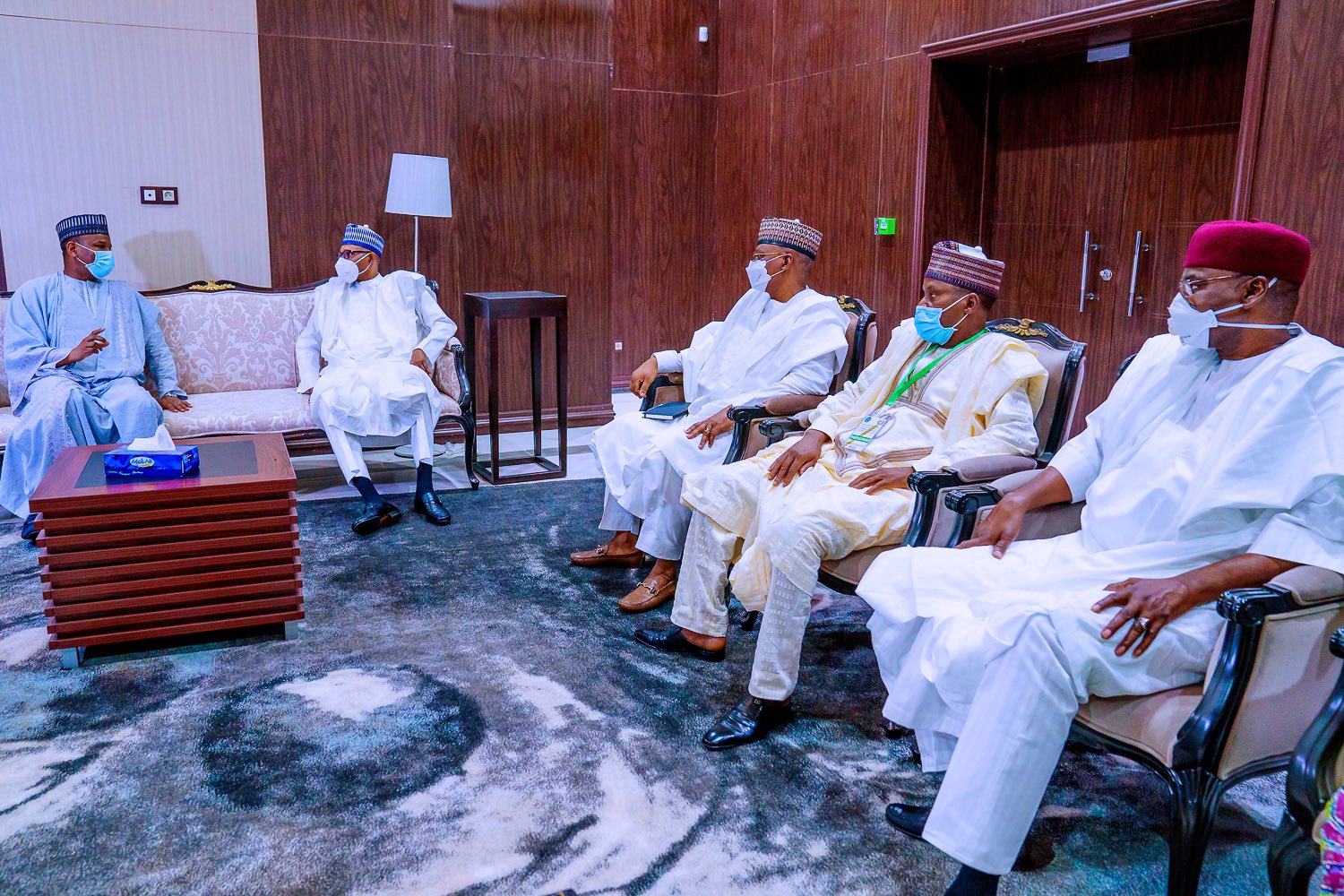 Continue Reading
You may also like...
Related Topics:Buhari, ECOWAS, Mali