Chief Judge of Ondo State, Justice Oluwatoyin Akeredolu, has rejected a request letter to set up a probe panel from the state’s House of Assembly against the deputy governor, Agboola Ajayi, over allegations of gross misconduct.

In a letter dated July 7, Speaker of the Ondo Assembly, Bamidele Oleyelogun, wrote to the Chief Judge to set up a seven-man panel to investigate Ajayi with the aim to impeach him from office.

However, Akeredolu in her response to the letter rejected the request on the grounds that she received a letter from Ajayi’s lawyers stating that the process of impeachment is sub judice.

She also stated the request was rejected because two-third majority as required by the 1999 constitution for setting up of such a probe panel was not formed in the assembly.

It would be recalled that nine of the lawmakers had written to Akeredolu dissociating themselves from the ongoing plot to remove the deputy governor.

The Deputy Speaker of the house, Iroju Ogundeji, and Adewale Williams were later suspended for ‘unruly behaviour.’ 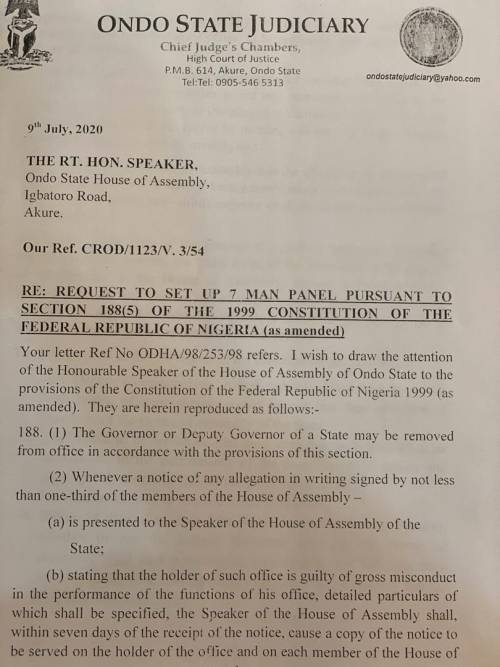 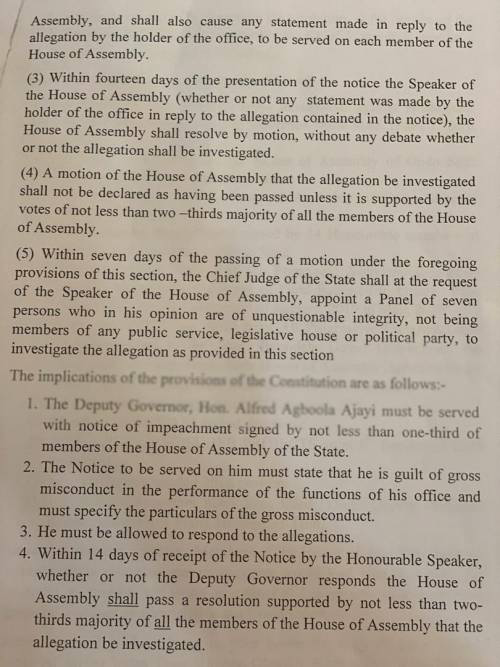 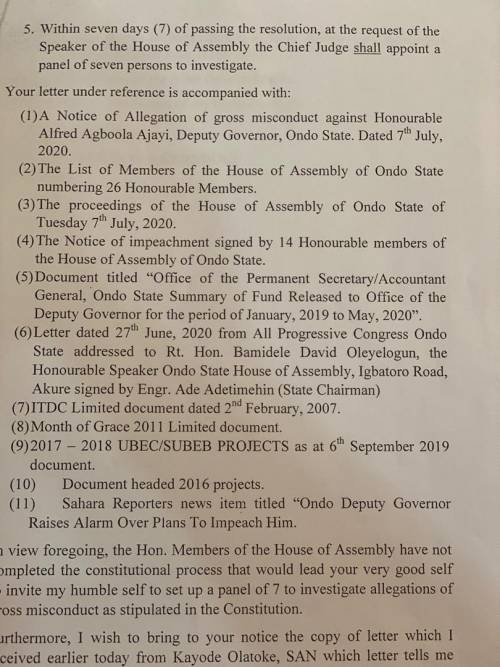 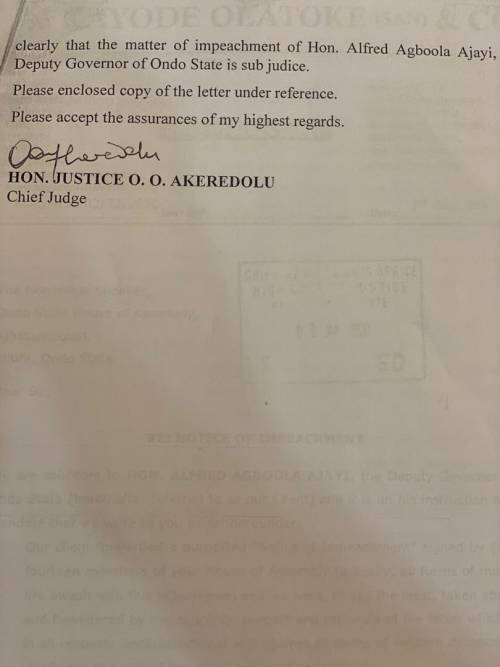 Ondo: Why I Didn’t Pick Akeredolu’s Deputy, Ajayi As Running…