Kemebradikumo Pondei, acting managing director of the Niger Delta Development Commission (NDDC) has fainted during a session of the house of representatives committee probing the commission, on Monday.

The Acting MD appeared alongside the Minister for Niger Delta Affairs, Godswill Akpabio at the ongoing hearing by the committee.

He passed out while he was being asked about the spending of the commission since he took over. 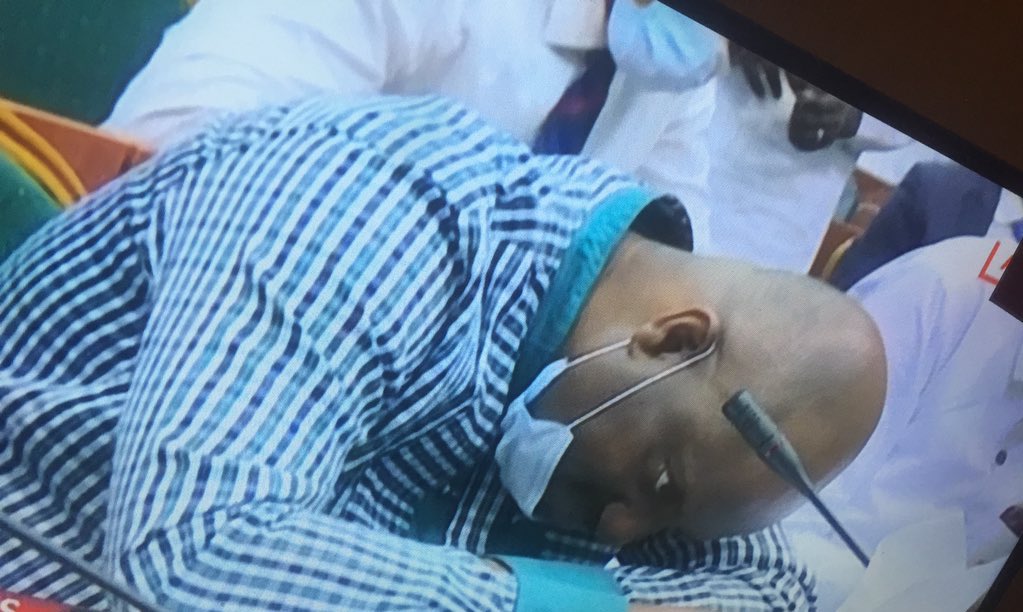 The committee had grilled him for about 45 minutes before he passed out.

Pondei was rushed out of the Conference Room 231, venue of the investigative hearing on illegal spending and mismanagement of funds in the commission.

The Committee has now adjourned the session for 30 minutes due to the incident.

Watch video of the incident below;