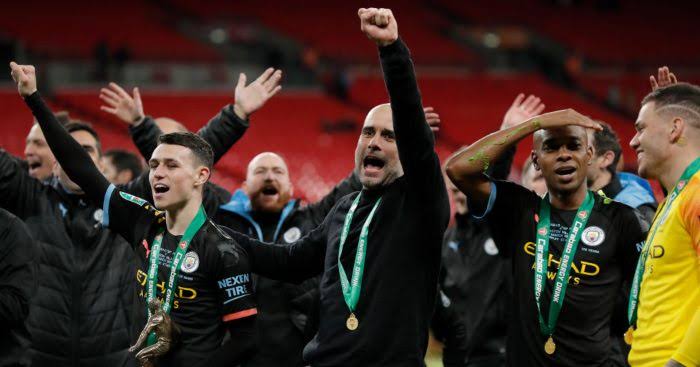 Manchester City has been permitted to play Champions League football next season after the Court of Arbitration for Sport (CAS) on Monday lifted a two-season ban from European competitions imposed by UEFA.

Manchester City were handed the suspension by UEFA’s club financial control body in February for “serious breaches” of club licensing and financial fair play regulations between 2012 and 2016.

The Premier League club which vehemently denied any wrongdoing, appealed the ban decision at CAS last month, after previously describing the UEFA disciplinary process as “prejudicial”.

In the appeal ruling, CAS found that;

Most of the alleged breaches reported by the Adjudicatory Chamber of the CFCB (UEFA Club Financial Control Body) were either not established or time-barred.

The club in a statement said;

Whilst Manchester City and its legal advisors are yet to review the full ruling by the Court of Arbitration for Sport (CAS), the club welcomes the implications of today’s ruling as a validation of the club’s position and the body of evidence that it was able to present. The club wishes to thank the panel members for their diligence and the due process that they administered.

On Saturday, they secured qualification for the Champions League for a 10th consecutive season with a 5-0 win at Brighton.

More wins could come before the end of the season as Guardiola’s side face Arsenal in the FA Cup semi-finals on Saturday before restarting their Champions League campaign in August, holding a 2-1 lead over Real Madrid from the first leg of their last 16 tie.

Zindzi Mandela, Daughter Of Nelson And Winnie, Dies At 59

Magu Could Not Account For 332 Recovered Properties, Sold Assets To Friends – Presidential Panel