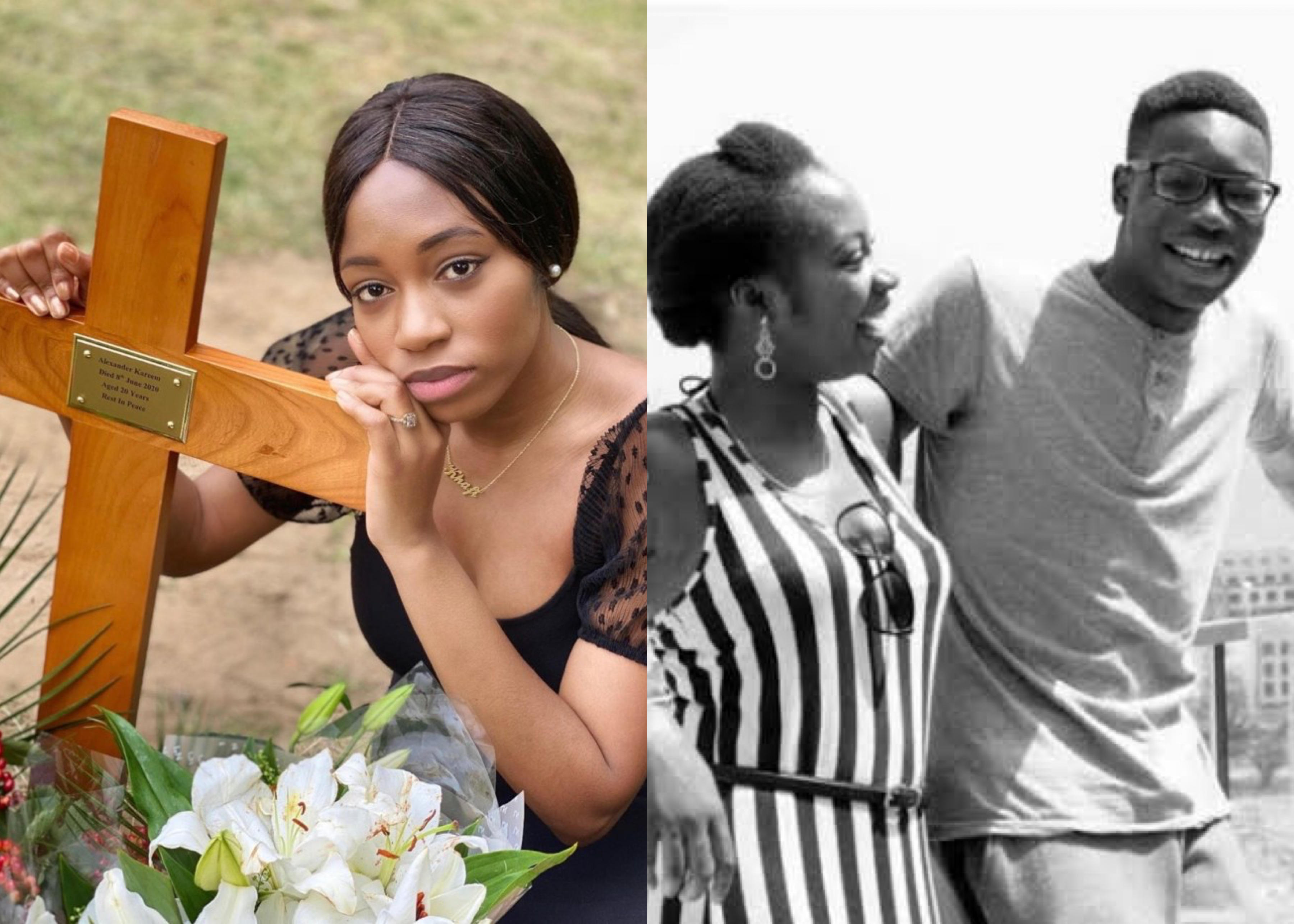 Former Big Brother Naija housemate, Khafi Kareem who lost her brother Alex in June has paid her respect at his graveyard.

Police believe he had just been to a nearby grocery store and was walking in the direction of his home address when he was killed.

Detectives said a white Range Rover Evoque linked to the murder was later found burnt out three miles away.

According to CNN, investigations to find his killers was still ongoing.

Saying farewell, Khafi posted a picture of herself beside his grave on Wednesday, saying; “I love you now and forever Alex. Rest well”

I love you now and forever Alex. Rest well. ❤️

Policeman Raped Me Till Dawn For Not Wearing Nose Mask, Widow Cries Out