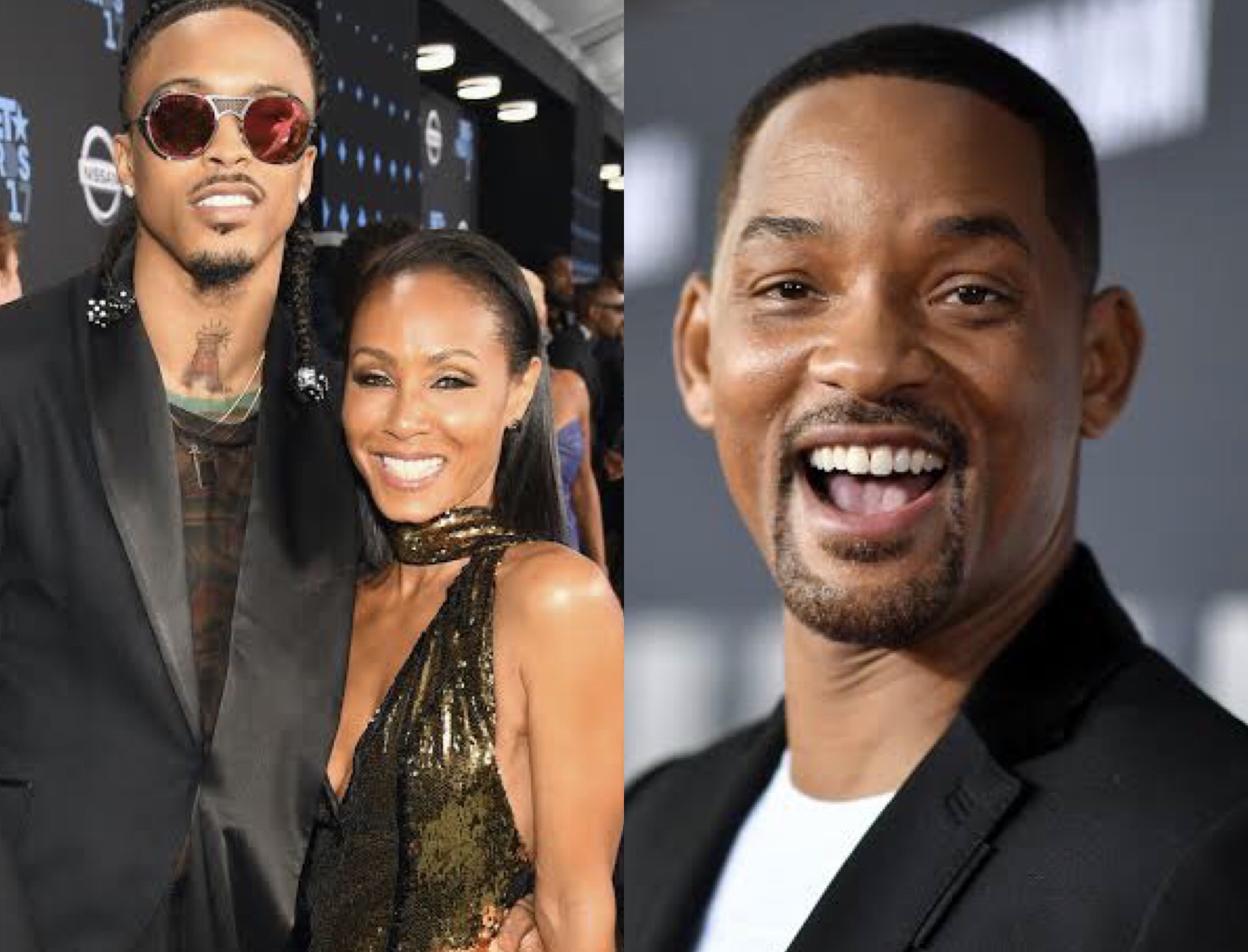 American singer and songwriter August Alsina has confirmed that he dated actress Jada Pinkett Smith, stating that her superstar actor husband Will Smith gave his ‘blessings’ to their relationship.

27-year-old Alsina was introduced to 48-year-old Pinkett in 2015 by her son Jaden Smith.

They became very close and he even had a vacation with the Smith family in Hawaii in 2016 as well as attended the 2017 BET Awards with Pinkett.

August Alsina in an interview with radio host Angela Yee, stated that he had a sexually intimate relationship with Jada Pinkett, confirming long-running rumors that both Pinkett and Smith have an open marriage.

An open marriage is a form of relationship in which partners in a marriage agree that each may engage in extramarital sexual relationships, without it being regarded seen as infidelity.

This rumored type of relationship and vacationing gave rise to speculations about a sexual affair between Alsina and Pinkett.

The rumors further got fueled after fans of the singer alleged that Alsina‘s 2019 song ‘Nunya’ was written about the actress as it had the line;

You got me feeling like it was an act, you’re just an actress/Putting on a show ’cause you don’t want the world to know.

The track’s official video also featured a screenshot of a text message from a lover listed as ‘Koren’, a name which happens to be Jada‘s birth-given middle name.

However, August Alsina has repeatedly denied the allegations of sexual intimacy with the Red Table Talk Show host.

The singer while talking about his new album ‘The Product III: stateofEMERGEncy’ in an interview with Angela Yee, alleged that he received Will Smith’s blessing for the romantic affair with Pinkett.

People can have whatever ideas that they like, but what I am not ok with is my character being in question. When certain things are questionable, I know it is not me because contrary to what some people may believe, I am not a troublemaker. I do not like drama. Drama actually makes me nauseous.

I also do not think that it is ever important for people to know what I do, who I sleep with, who I date, right? But, in this instance, it is very different, because as I said there is so many people that are side-eyeing me, looking at me questionable about it.

The singer stressed that;

I actually sat down with Will Smith and had a conversation due to the transformation from their marriage to life partnership. He gave me his blessing.

And I totally gave myself to that relationship for years of my life, and I truly and really, really, deeply loved and have a ton of love for her (Jada). I devoted myself to it.

I gave my full self to it. So much so that I can die right now, and be ok knowing that I fully gave myself to somebody. Some people never get that in this lifetime.

He also disclosed that he fell in love with Pinkett and even lost money, friendships and relationships because of rumours of having a secret affair with her.

Alsina added that he thinks it is because people do not necessarily know the truth, insisting that he never did anything wrong.

I know that I am completely blessed and this conversation is difficult because it is so much, that it would be hard for people to understand but once it starts to affect me and my livelihood, I have to speak up about my truth.

I love those people (Smiths) literally like my family. I do not have a bad thing to say about them. They are beautiful people.

According to Alsina, leaving the relationship took a heavy toll on his mental health, claiming that it “butchered” and “killed” him.

Walking away from it butchered me. It almost killed me. Not almost. It pushed me into being another person. It broke me down. It probably will be the hardest thing I ever had to experience in this lifetime. It is difficult because I never want to be the person to cause confusion or step on toes, but I want to honour myself and I want to honour my authenticity. And if honouring my authenticity means you hate me, stone me, shoot me, crucify me, whatever, bury me an honest man.