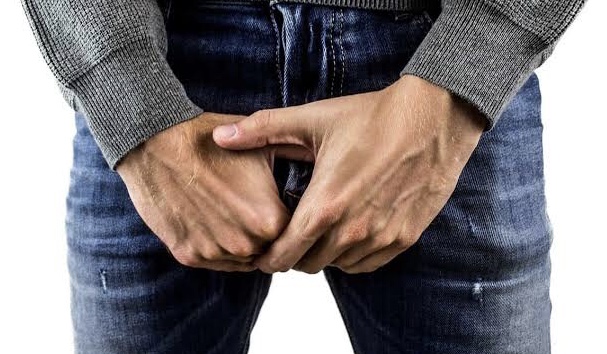 A 35-year-old woman, Omolara Seriki, has allegedly damaged the scrotum of her 52-year-old husband, Raheem over extra-marital affairs accusation.

The incident reportedly happened in the Iragbiji area, Boripe council in Osun state on June 6.

Disclosing the incident to newsmen, the spokesman of the Nigeria Security and Civil Defence Corps (NSCDC) in the state, Daniel Adigun, said the couple have issues in their marriage, forcing the man to move out of their home.

Adigun noted that the mother of two children suspected her husband is involved in extramarital affairs, she then decided to trail him to a building where he relocated to.

Seriki while giving her statement stated;

He neglected his responsibilities as a father and husband. I was suspicious of his movements and noted that he was seeing another woman. This made me trace him to his abode that very night and fortunately met a lady with him. During the scuffle, he held me by the neck and in defence, I pulled his male organs.

Meanwhile, Raheem Seriki, complained that his wife was troublesome and has made life difficult for six years of marriage.

This, according to the husband made him relocate to Iragbiji in search of peace before she trailed him to the house.

On that fateful day around 10 pm, a lady brought food for me at home but could not go home as downpour delayed her. While waiting for the rains to subside, I heard a knock on the door with a call to open it.

I opened the door and to my surprise, it was my wife. Immediately, an altercation ensued and she went for my scrotum in a bid to pull it out. In the process, I fainted and only regained consciousness at the hospital when the damaged scrotum was being sutured.

According to the NSCDC, the command is investigating the matter with a view to ensuring peaceful resolution of the domestic dispute.