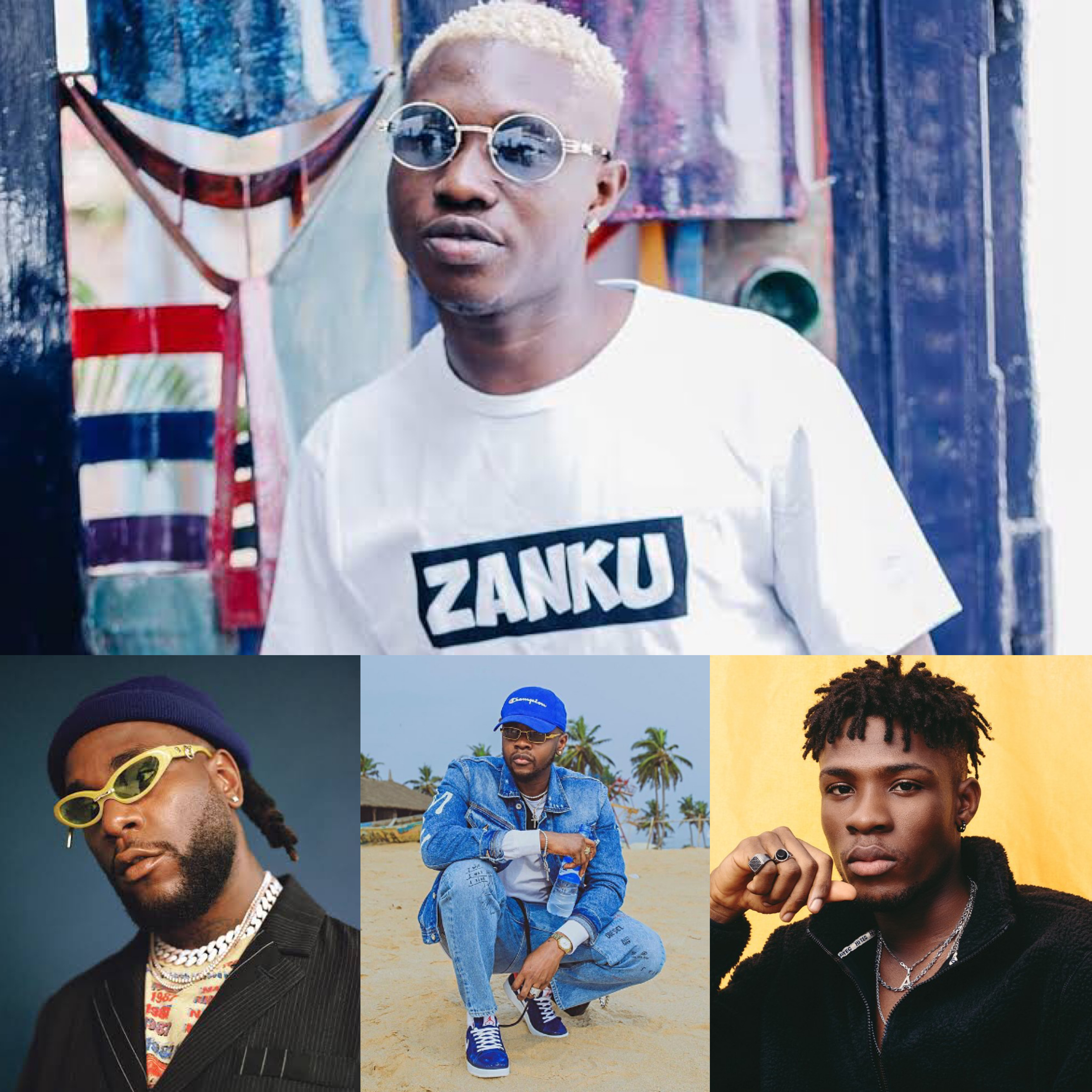 Singer, Omoniyi Temidayo Raphael, better known as Zlatan Ibile has called out some of his colleagues in the music industry over his personal beef with them.

Zlatan took his Instagram story to first shade Kizz Daniel for turning his back on another singer, Oberz who taught the ‘Jaho’ crooner the act of making music.

He stated that he would make sure Oberz, who is now a Zanku Records signee, succeeds than Kizz Daniel in the music industry. 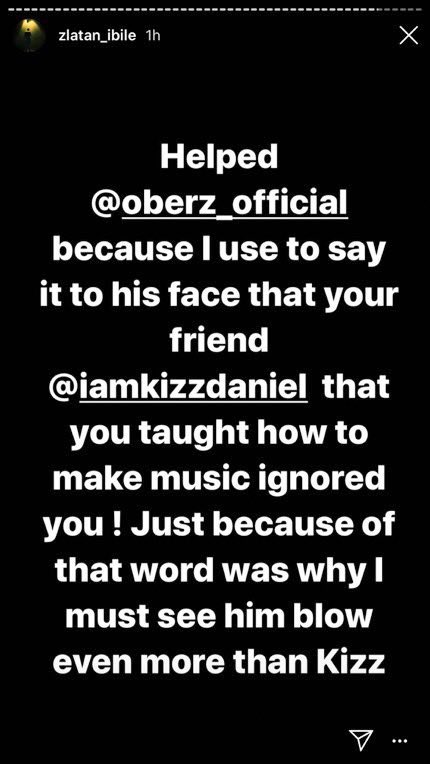 Zlatan on his rant spree also acknowledged the talent and high streaming figures of young and fast rising Joeboy but asked if the youngster really knows the music business or he is just famous. 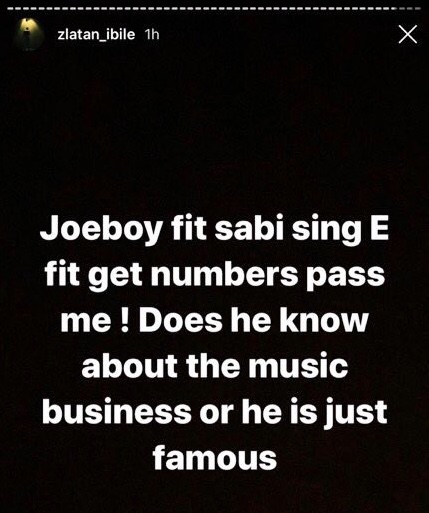 The ‘Zanku’ crooner also recounted how he told Burna Boy that his girlfriend, Davita had given birth to a baby boy but the latter simply questioned his decision rather than congratulating him. 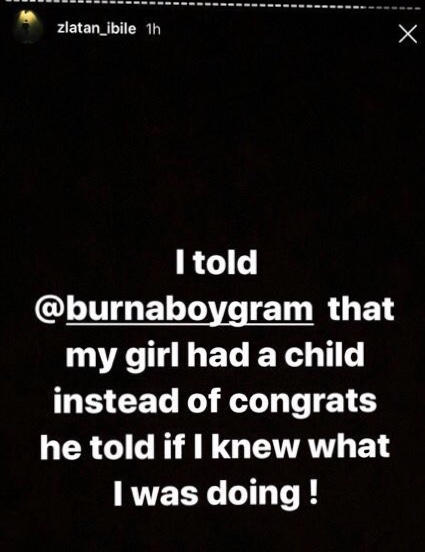 Many Nigerians on Twitter have now reacted to Zlatan’s rant, as some claim he is threatened by the success to his colleagues while his career is ‘dwindling’.

Other believe it is a publicity stunt to gain public attention while he drops a new music, as it is sometimes done in the music industry.

Zlatan must have smoked Osogbo weed overnight. Because wtf is this? pic.twitter.com/VVjdB1eaq2

Lol. I don’t think he has lost his relevance yet. He is still getting the high streaming numbers and his fans are still enjoying his music.
Man is probably going through a lot.

Zlatan struggling, the era of Zanku is indeed gone, people are waiting for a new tune

Zlatan dropped one of those his bang average hits and no one is paying any attention.

He has resorted to creating controversy as a promotional strategy. Went from threatening Joey Akan to verbally attacking Kiss Daniel and co. LMAO

Zlatan is seeing “inside life” first hand. You can be the fresh small chops they are serving at a party and before you say Kapaichumarimarichopaco, they have left you and moved on to the hot jollof rice.

He’s now doing the most to remain relevant.

Wtf is this dude saying ??
1) Zlatan should blow himself than Kizz Daniel first
2) Burna boy only said that because he cared bout you
3) because you de jump on every trend and take advantage of every single trend to make music no mean say you sabi music business .. https://t.co/pMM5vljuBv

When they don’t have good music to drop or when people are already getting tired of their music, they resort to using social media & as a tool for causing controversy that will make them trend.

When Zlatan wants to drop song , he goes on a rampage and say stupid shitts , it’s the normal strategy for PR

Burna ended up as an International Superstar. Zlatan is a local Mushin rapper. This slander against Burnaboy is enough!!!

I smell weed, clout and depression.

Zlatan sounds like someone who is drowning and struggling to survive. He is chasing clout to stay relevant.

He wants to trend….Zlatan😏🙊🙊hmmm wats smelling? your dead music career

This comes few days after Zlatan verbally abused music journalist Zoey Akan for saying he is happy the ‘Zanku’ era is finally over.

Just a regular day in my existence, but with Zlatan Ibile who has been hunting me around Lagos, deciding to bare his mind. 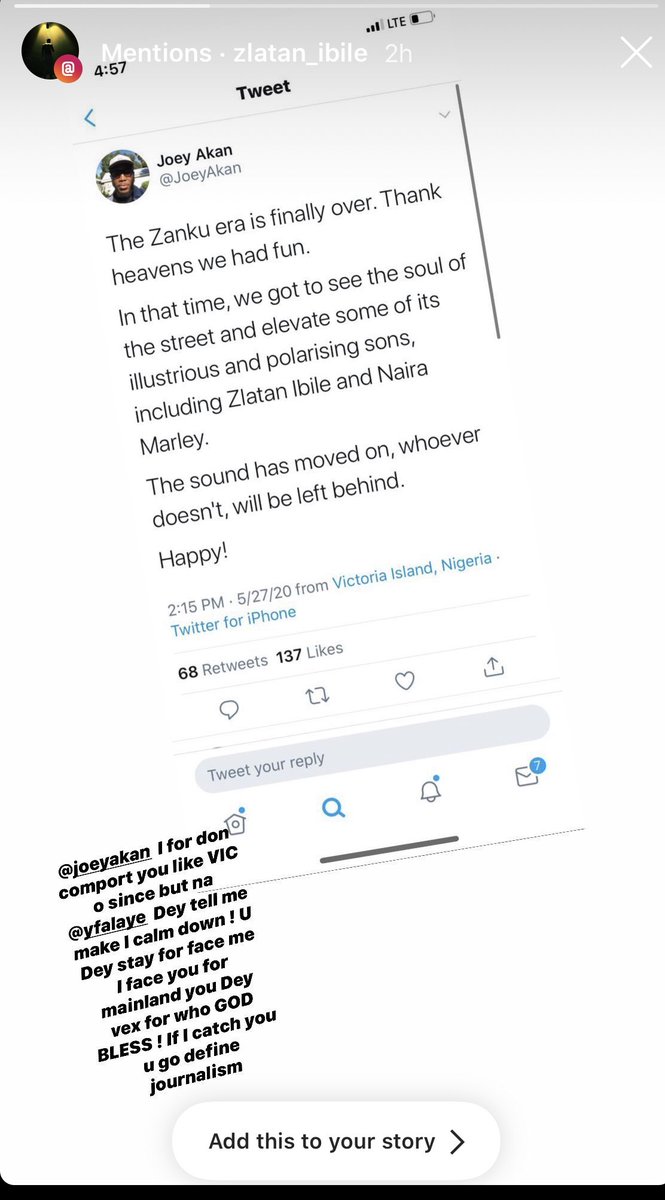 He had also recently trolled Nollywood actress Funke Akindele for trying to create enmity between him and his friend, Naira Marley.

Edo 2020: Governor Obaseki Is Not A Member Of Our Party – PDP