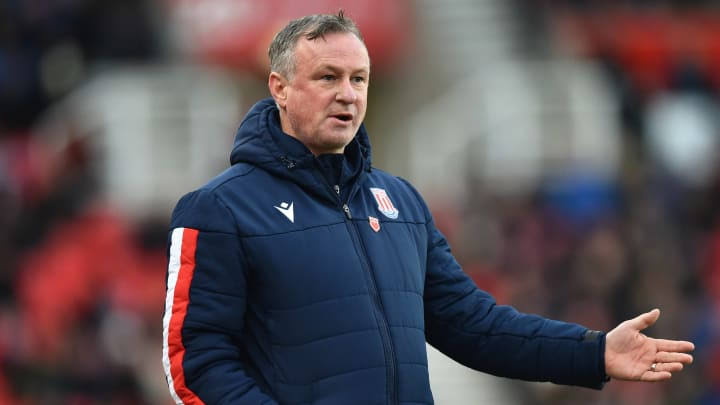 Stoke City manager, Michael O’Neill has tested positive for COVID-19 after the latest round of testing for Premier League staff and players on Monday.

A planned friendly match between Stoke and Manchester United which was to take place at the Carrington training base was canceled at the last minute on Tuesday after they recieved the news.

BBC reported that O’Neill, 50, was tested for the sixth time on Monday and his result came back positive after the Stoke squad arrived at Carrington for the friendly match.

Nobody from the Stoke travelling party interacted with anyone at Manchester United following their arrival at Carrington, with separate facilities having been made available at the complex, the Guardian reports.

Stoke City can confirm that manager Michael O’Neill has tested positive for the Covid-19 virus following the latest round of testing on Monday. O’Neill had tested negative in the previous five rounds of testing.

He will now follow the relevant guidance and undergo a period of isolation, whilst continuing to be in regular virtual contact with his coaching staff and players.

Assistant manager Billy McKinlay will take charge of training as the Potters prepare for their game against Reading on June 20.

Football in England has been suspended since mid-March due to the pandemic but the Premier League is set to restart on June 17, with the Championship following suit three days later.

Manchester United is fifth in the top flight, three points behind Chelsea, and will resume with match against Tottenham Hotspur on June 19.

Stoke City sits in 17th place in the Championship, three points above the relegation zone.

Full resumption will take place after completion of coronavirus test of Premier League players and staff.

They have been tested six times for the virus and the latest set of results showed zero positive results from 1,195 tests.

Out of the six rounds of testing, there have been a total of 13 positives out of 6,274 tests.

Roger Federer Out Of Tennis Until 2021 After Knee Surgery