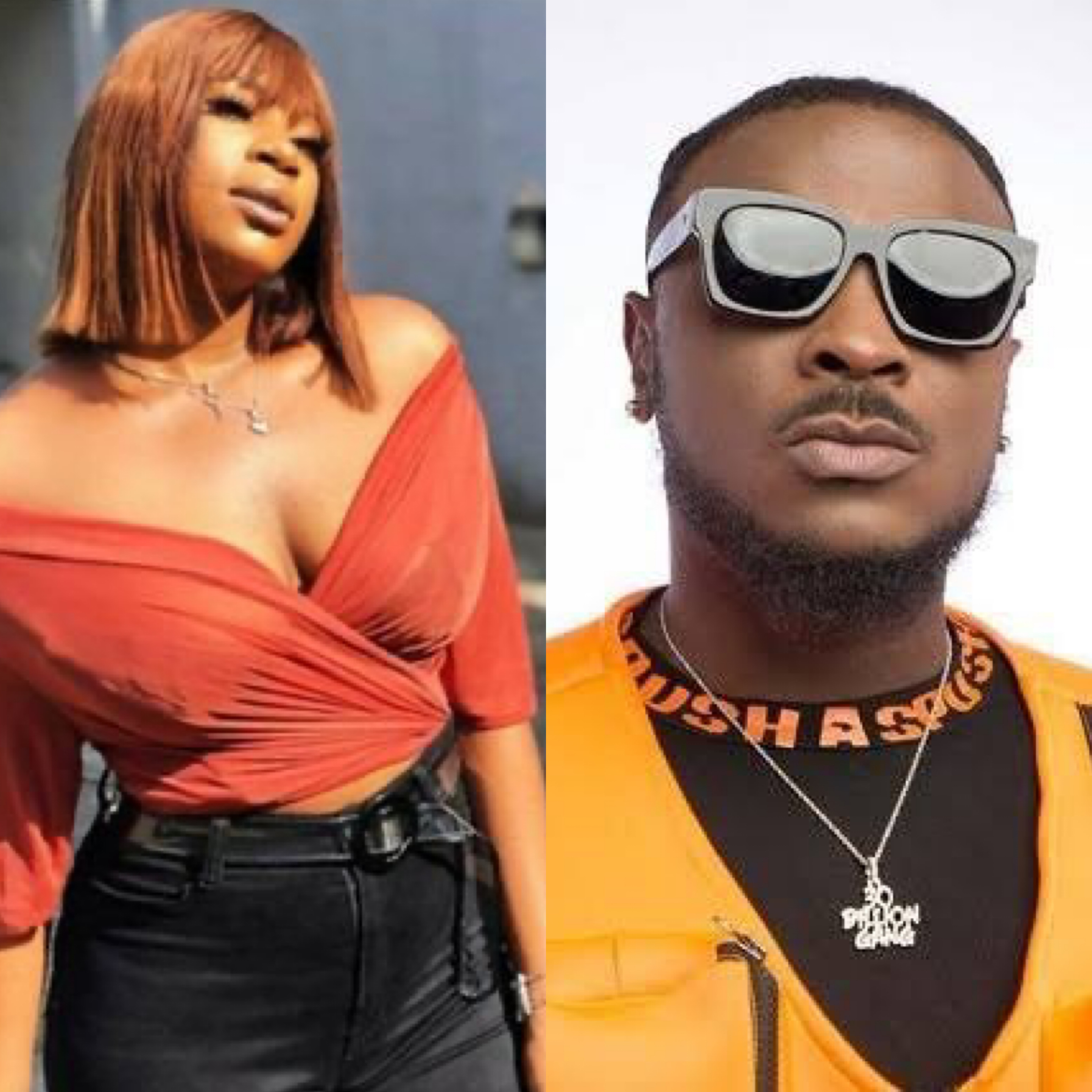 Following the accusation that Singer Peruzzi allegedly raped a lady, new screenshots of tweets allegedly posted by the Singer years ago have now come to light.

In the tweets which appear to have dated back to the year of the rape allegation, the Singer boasts of raping women and sexually harassing them at will.

Interestingly, the posts on the micro blogging social networking platform, which appear to have come from his current account between 2011- 2012 have now been deleted, but not before screenshots were captured by curious Nigerians and persons interested in the case.

See some of his tweets below; 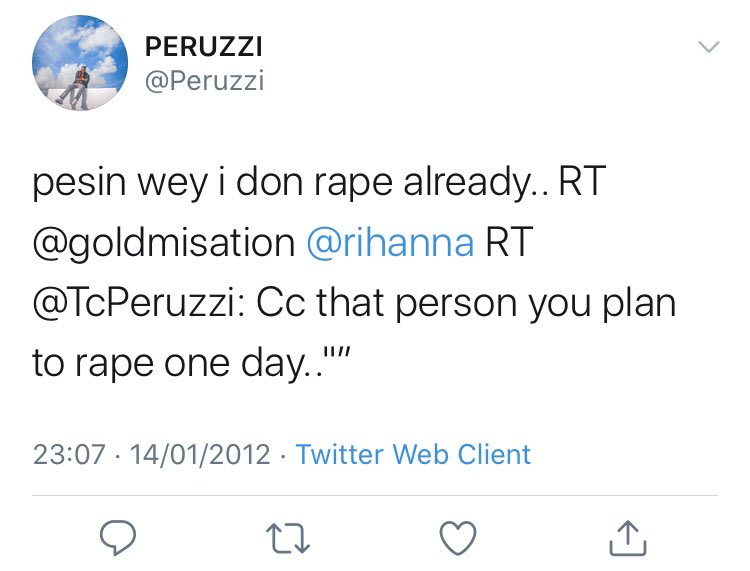 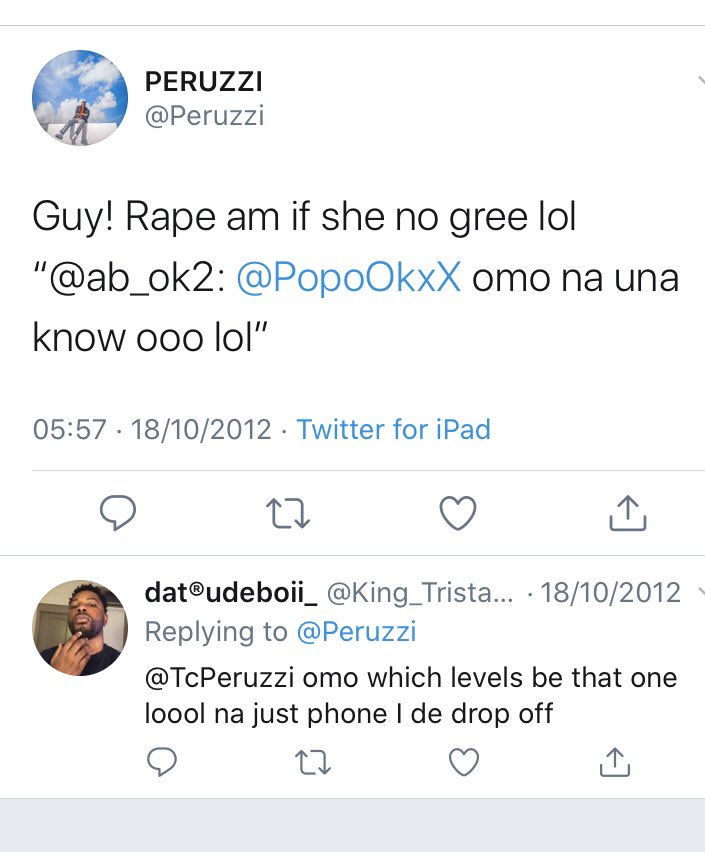 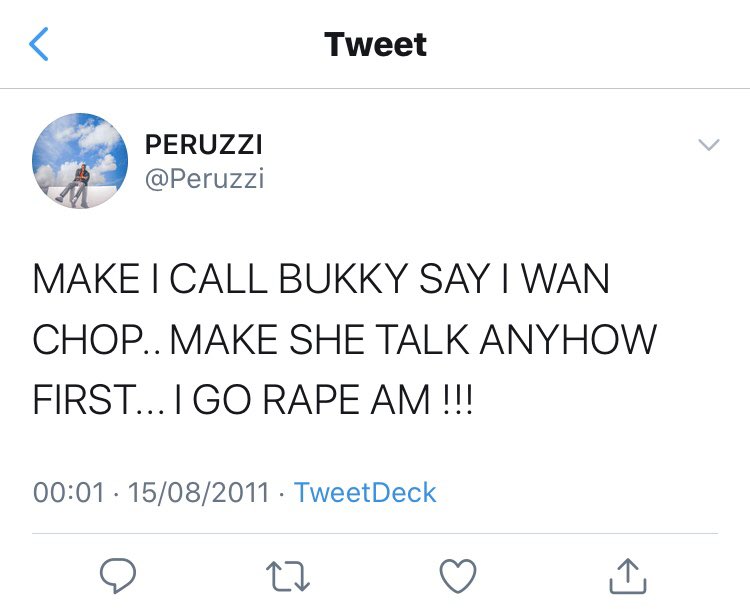 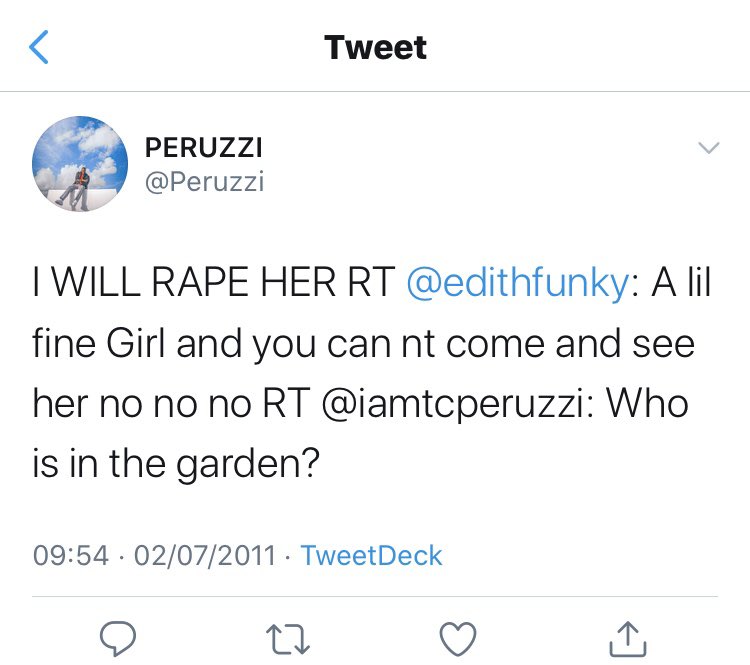 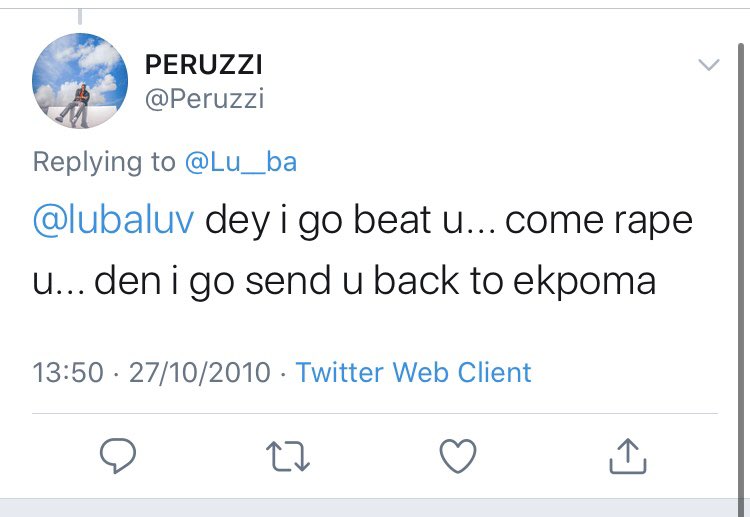 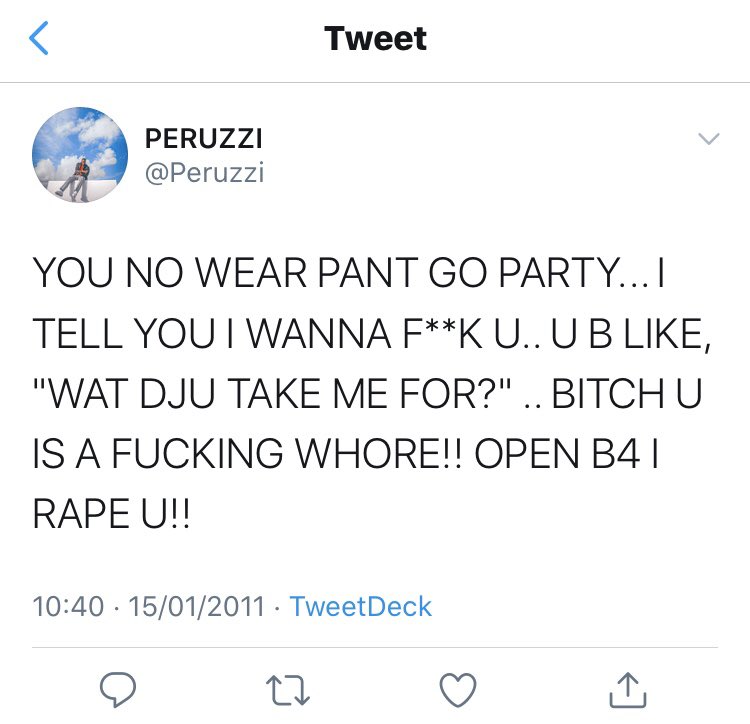 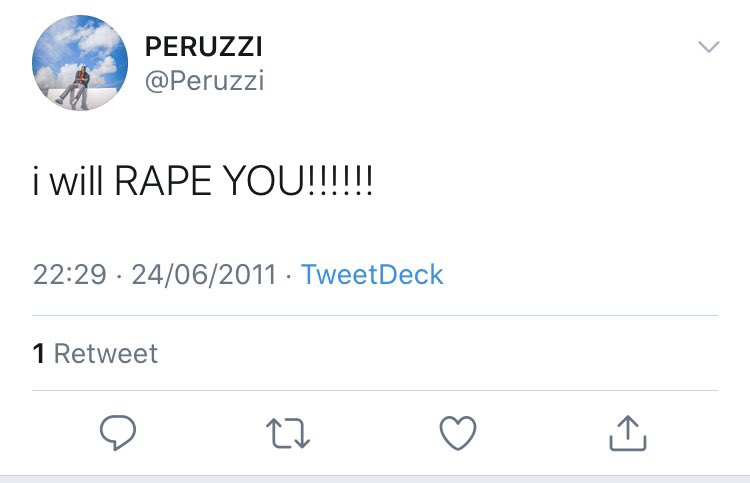 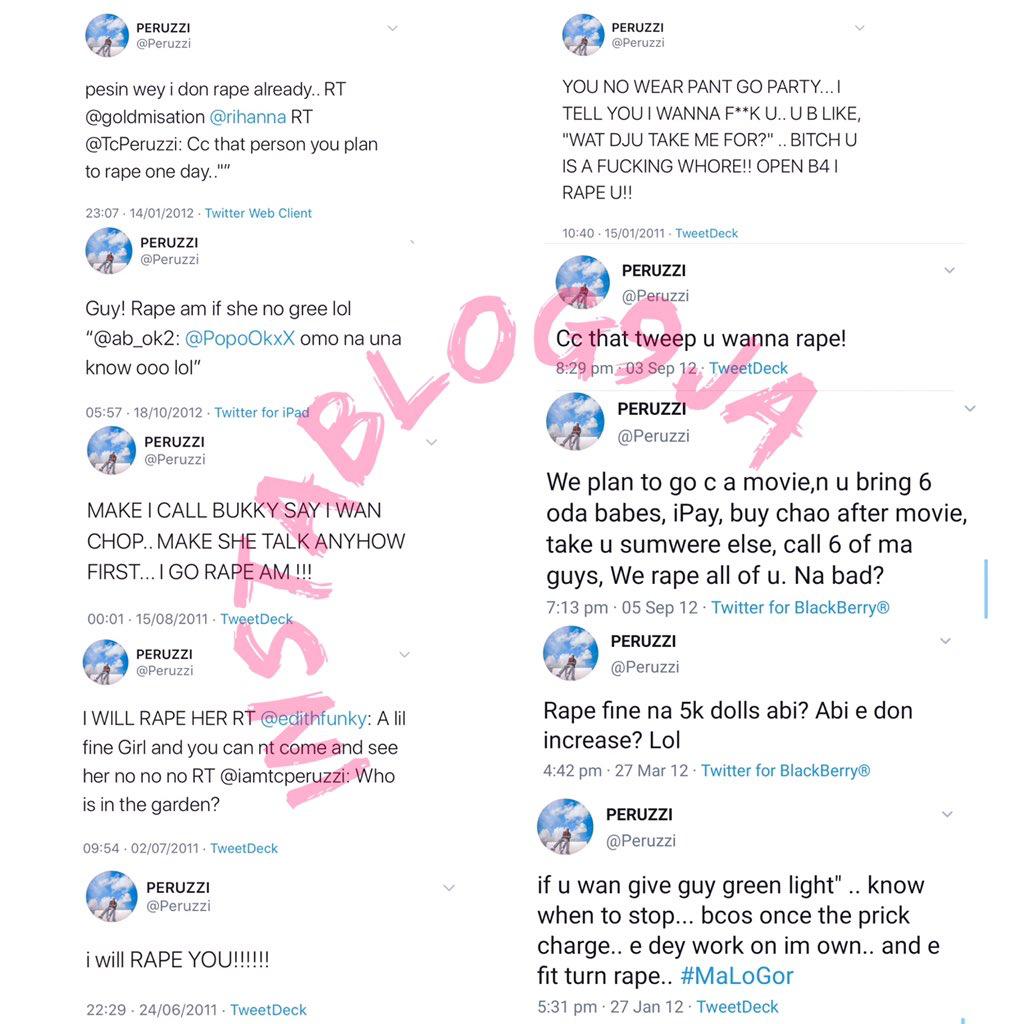 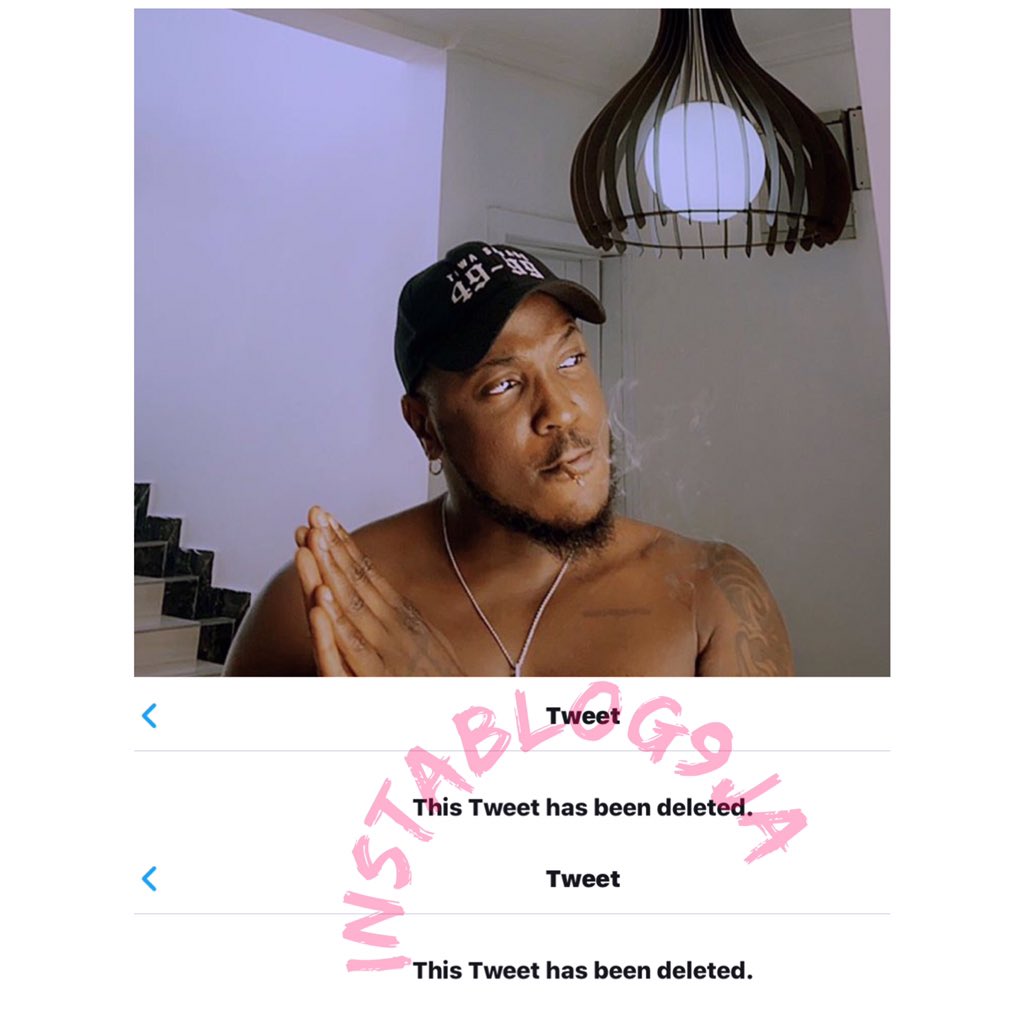 The deleted tweets raise suspicion over Peruzzi’s involvement in the recent rape allegation made by a lady on Twitter.

MDB reported earlier that the lady accused Peruzzi of allegedly raping her in 2012.

Using a Twitter account @Jayamah22, she narrated her alleged ordeal with the singer, saying she chose to speak now due to the ‘boldness’ of other rape victims.

According to @Jayamah22, she accompanied a friend named Aisha to visit Peruzzi in a blocks of flats in Lagos named 1004.

She narrated that at night, Peruzzi allegedly tried to touch her in same room where herself and Aisha were sleeping but she refused.

He, however, eventually had his way with her but she could not make any report to the police or her family due to fear.

I Am Not A Rapist – Peruzzi Reacts To Rape Allegation