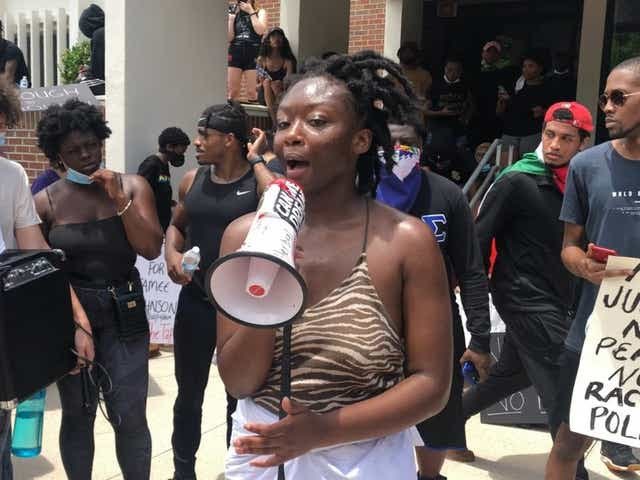 The young activist on June 6th, before she went missing same day, shared an emotional tweet about how a black man posing to be a ‘man of God’ offered to help her find shelter sexually assaulted her.

Before she met the black American who molested her, Toyin said was living in a church for a couple of days, just to escape ‘unjust living condition’ she was experiencing before. 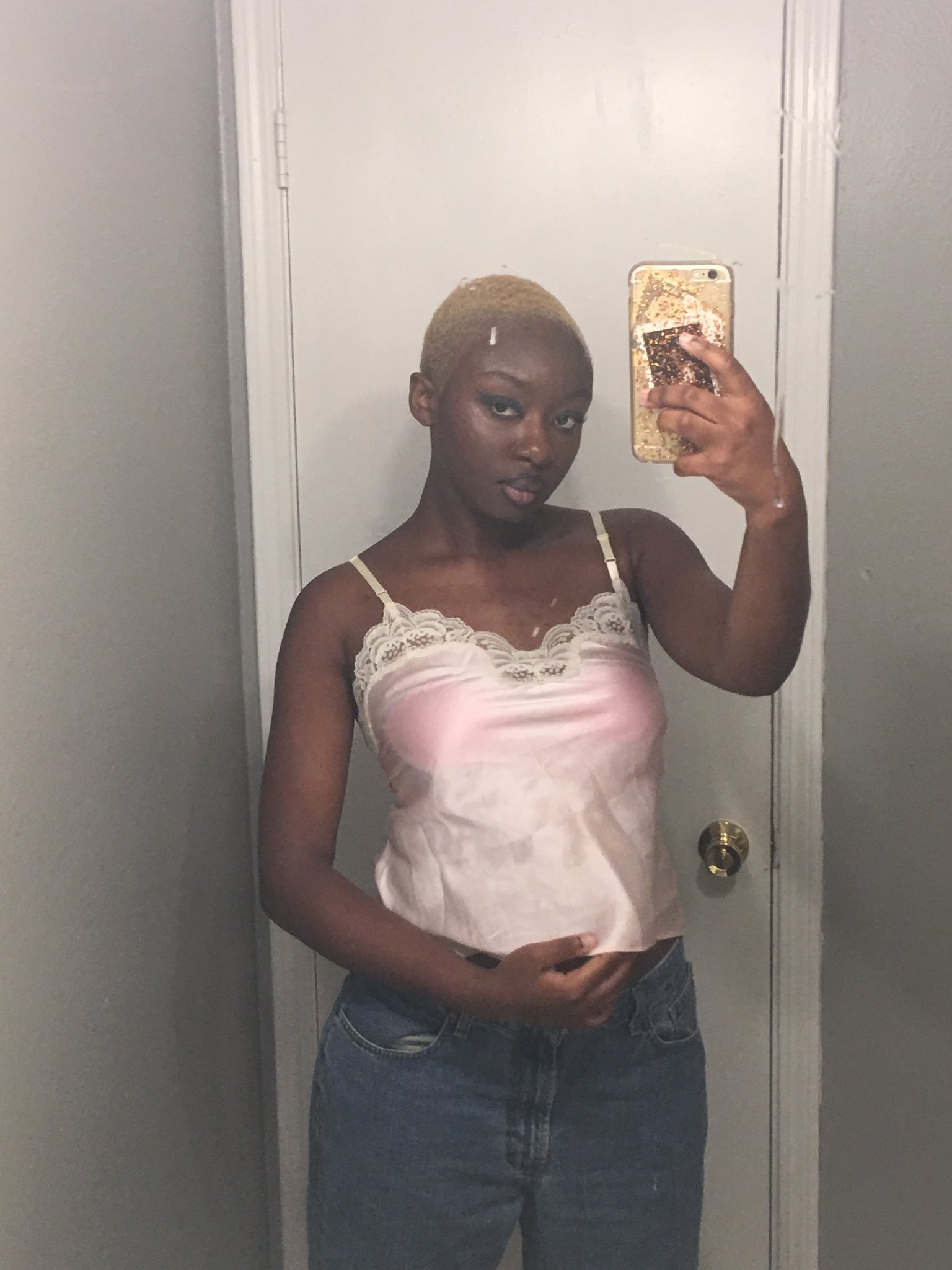 I was molested in Tallahassee, Florida by a black man this morning at 5:30 on Richview and Park Avenue. The man offered to give me a ride to find someplace to sleep and recollect my belongings from a church I refuged to a couple days back to escape unjust living conditions.

He came disguised as a man of God and ended up picking me up from nearby Saxon Street. I entered his truck only because I carry anything to defend myself not even a phone (which is currently at the church) and I have poor vision. I trusted the holy spirit to keep me safe.

When we arrived at his house he offered me a shower and I thanked him. I showered and he gave me a change of clothes. He exposed himself to me by peeing with the bathroom open obviously knowing I was not out of it. I told him about a sexual assault situation that happened to me in March involving Ivan, a 32-year-old Ghanaian man who currently schools at Florida Agricultural and Mechanical University (FAMU) and lives at 211 Jakes and Patterson (I am currently 19 years old). He tried to force me to give him oral sex and then continued to harrass me through text and knocking at my door for days.

Going back to the situation that happened to me this morning, I did not fall asleep. He then asked me if I wanted a massage at this moment his roommate who was in the house was asleep. I was laying on my stomach trying to calm myself down from severe Post-Traumatic Stress Disorder (PTSD). He started touching back and rubbing my body until he climaxed and then went to sleep.

Before I realized what happened to me, I looked over and his clothes were completely off. Once I saw he was asleep I escaped from the house and started walking from Richview Road to anywhere else.

All of my belongings my phone my clothes shoes are all assumably at the church where I have been trying to track since I sought spiritual guidance and refuge. I will not be silent.

After sharing this emotional story, some Tellahassee-based Twitter users reacted, some offering to help her. 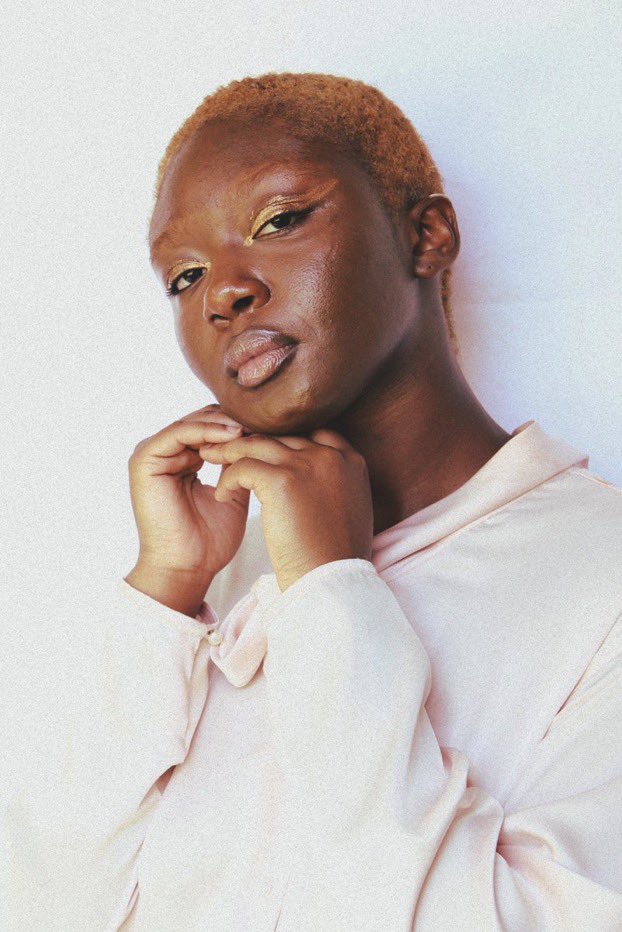 It was later announced by Missing Persons Planet @Home4theMissing on Twitter that she could not be found after sharing her sexual assault story.

Oluwatoyin Salau was found dead on June 15th after 9 days of being missing.

According to some Florida-based Twitter users, the young activist was always at every protest lending her voice to the cause and demanding justice for black lives.

Watch a video of her protesting below;

God works in mysterious ways. May this soul find peace and be rested. Oluwatoyin Salau, Say Her Name ✊ pic.twitter.com/KGl7Ymp6Cf

Many Twitter users are now demanding justice for Oluwatoyin Salau, calling authorities to find those that assaulted her and bring them to book.

Oluwatoyin “Toyin” Salau
Rest in Power Angel #JusticeForToyin after tweeting about her sexual assault she went missing for several days and her body was recently found. She was only 19. pic.twitter.com/4uAlVsAVHK

#JusticeForToyin she was 19, posted about her rapist on twitter and was found dead a couple days later. she pleaded for help and nothing happened, then she went missing and turned up dead. & people wonder why we don’t report. rest in peace beautiful angel, we will fight for you pic.twitter.com/IZl2OofHOz

activist Oluwatoyin Salau was missing since June 6, after disturbing tweets detailing a sexual assault that had taken place that day. it has been reported that her body has been found. WHAT HAPPENED TO TOYIN? SAY HER NAME #JusticeforToyin pic.twitter.com/76PM2PJEjk

#RipToyin #JusticeForToyin I just wanna help get her modeling pictures into the feed
Such a gorgeous soul. pic.twitter.com/T8WrweuXp4

Her name was Oluwatoyin “Toyin” Salau.

She kept tweeting information about the man who assaulted her.

She was ignored.
She pleaded for help.
She prayed.

19-year-old Black Lives Matter protester Oluwatoyin Salau who went missing moments after tweeting that a man who offered her a ride to church had molested her; has been found dead. #JusticeForToyin pic.twitter.com/Gdj0YpPAz5

WE DEMAND #JUSTICEFORTOYIN. SHE WAS 19 YEARS OLD. THIS IS WHAT HAPPENS WHEN YOU DON’T LISTEN TO BLACK WOMEN. SHE ASKED FOR HELP. SHE TWEETED ABOUT HER ABUSER. SHE WAS A TEENAGE GIRL. A DAUGHTER. say her name. don’t let her story be forgotten. pic.twitter.com/XDbUd2Zsgz

Being a young black homeless woman is one of the hardest and most soul-crushing things ever. I can only attempt to imagine the amount of fear she felt. I wish I knew her. I wish I could’ve helped her. Say her name. Don’t let her name slip through the cracks. #JusticeForToyin pic.twitter.com/nBM43ohXvt

RIP Toyin. You did not deserve to go like this!!! #JusticeforToyin pic.twitter.com/xY12V5qfHp

SHE WAS 19 ON THE FRONT LINES FIGHTING THE SAME SYSTEM THAT K*LLED TONY MCDADE.

SHE LITERALLY GAVE A FULL DESCRIPTION OF HER ABUSER ONLY FOR TALLAHASSEE PD TO FAIL HER AS WELL. BLACK WOMEN DESERVE SO MUCH MORE. #JUSTICEFORTOYIN

rest in power toyin. i’m so sorry this happened to you. you deserved so, so much more. your words were incredibly powerful and moving, i’m grateful to have marched with you. #JusticeforToyin pic.twitter.com/XNRPmr6OHL

this news makes me so sick she was only 19 and had so much further to go. Rest In peace angel
Say her name Oluwatoyin Salau #justicefortoyin pic.twitter.com/A71iHPLXUY