I Am Not A Rapist – Peruzzi Reacts To Rape Allegation 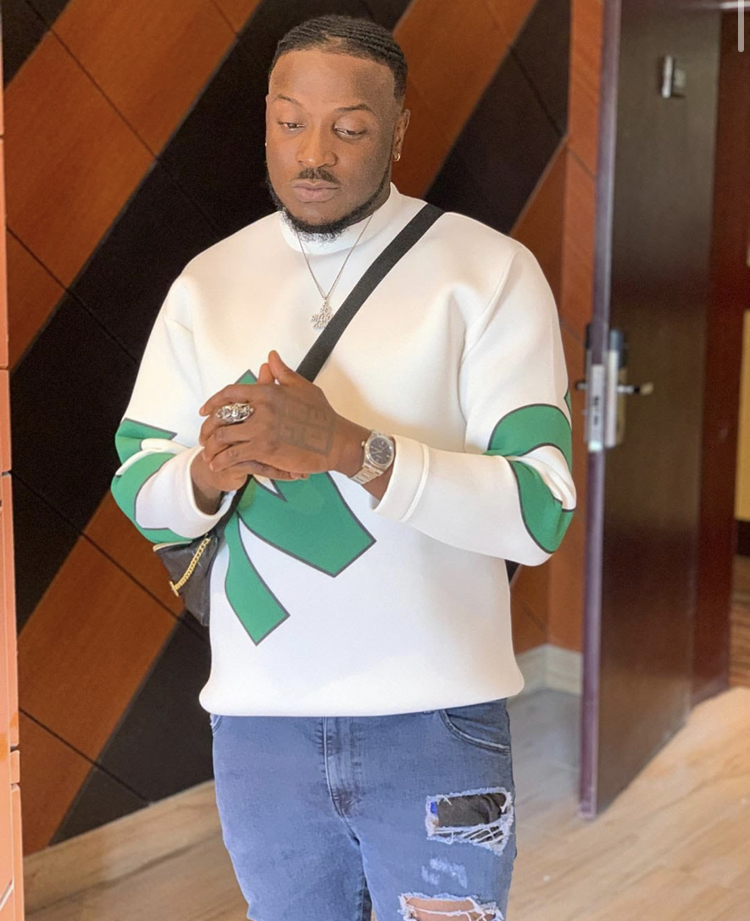 Following the rape allegation leveled against him by a lady on Twitter, Peruzzi has reacted, denying the allegations of rape emphatically.

According to the lady, with twitter handle @Jayamah22, the singer raped her in 2012, despite dating her friend at the time.

In a Twitter thread, she narrated that she got raped when she accompanied her friend, Aisha, to the singer’s house in Lagos.

However, the singer has denied to ever rape anyone, tweeting;

MY NAME IS OKOH TOBECHUKWU, I HAVE NEVER AND WILL NEVER BE A RAPIST.

MY NAME IS OKOH TOBECHUKWU, I HAVE NEVER AND WILL NEVER BE A RAPIST.

This follows the discovery of some tweets allegedly posted by Peruzzi in 2011-2012.

The singer had in the tweets, which have now been deleted, boasted of raping women and sexually harassing them at will.

Meanwhile, the rape allegation comes few months after a UK-based singer, Daffy Blanco accused Peruzzi of attempting to rape her, making it the second rape allegation in 6 months.

In January 2020, Blanco said the singer tried to rape her after employing him to write songs for her for the sum of fifteen million naira.

She revealed on her Instagram page that she hired Peruzzi to write songs for her after a friend spoke highly of him.

The singer who described their meeting as a nightmare which casued her emotional trauma, also said she sustained a scar on her thigh as a result of the alleged-near-rape incident.

In a now deleted post, Daffy Blanco also shared audio clips to serve as proof to support her claim.

Read Daffy Blanco’s narration of her alleged experience with Peruzzi below; 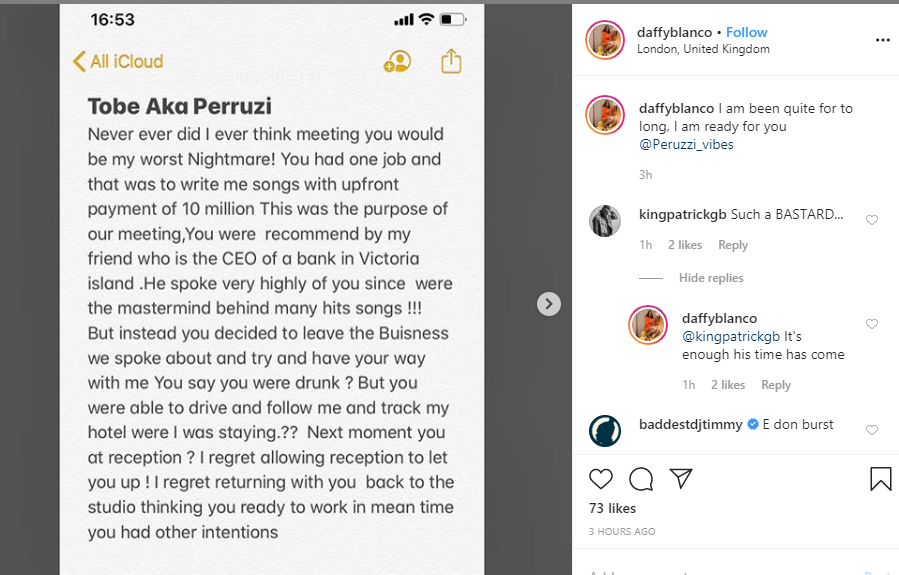 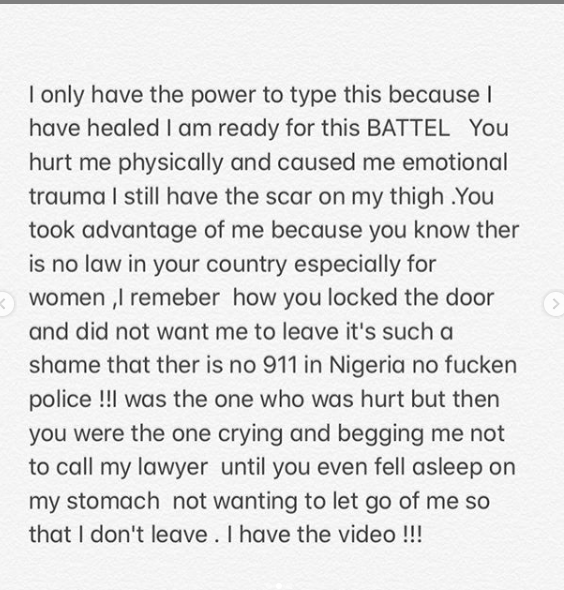 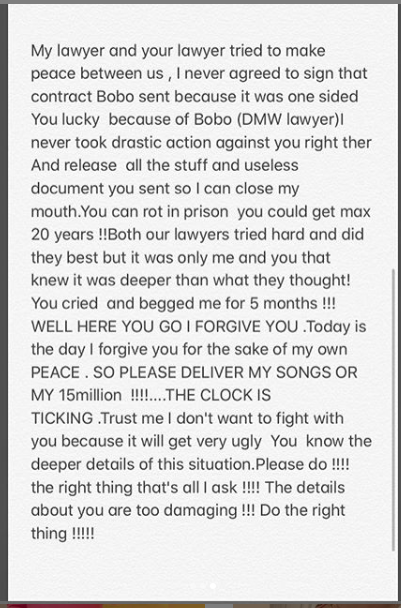