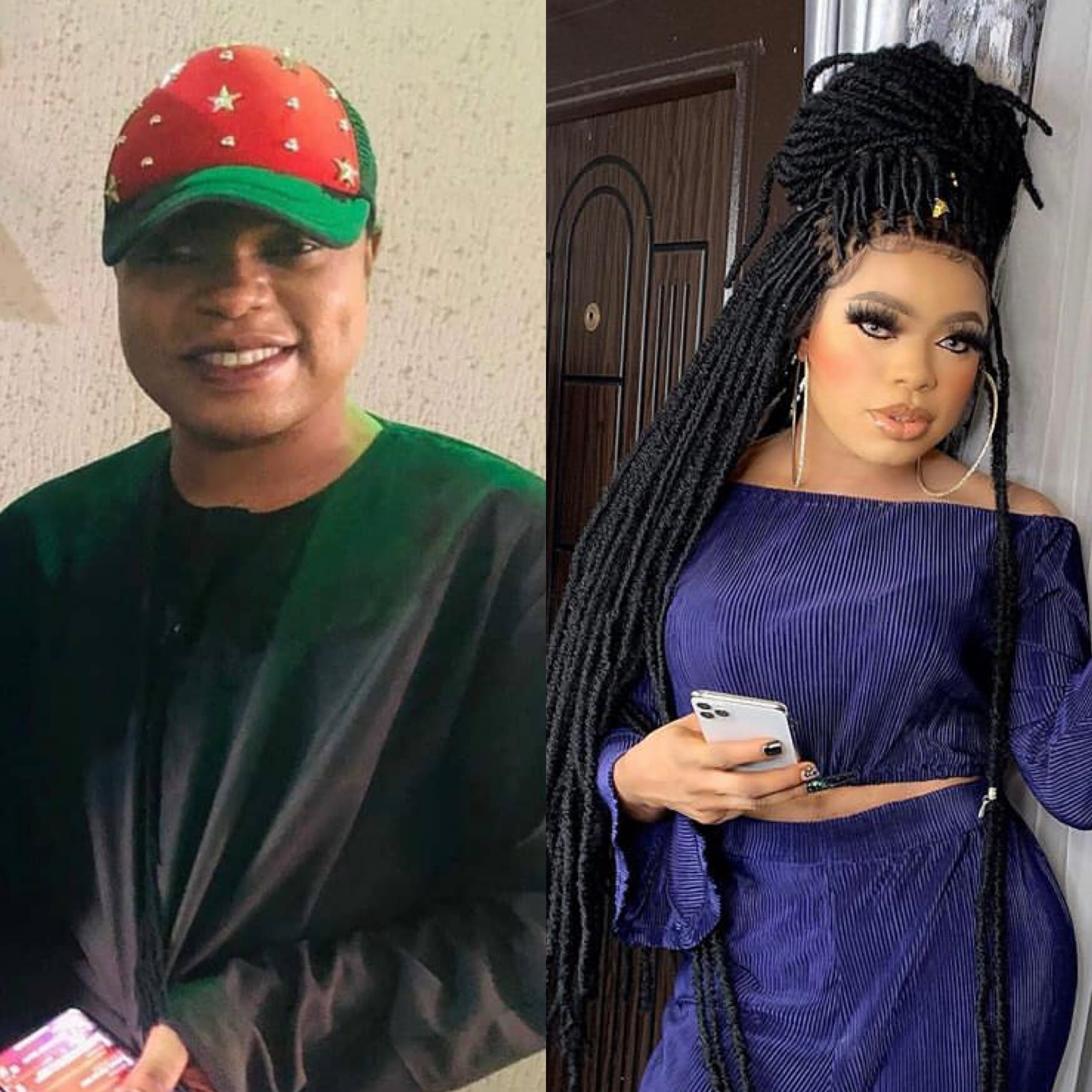 Popular cross-dresser Idris Okuneye also known as Bobrisky has drawn the attention of many Nigerians on social media after she (who has since requested to be addressed as a female) ditched her cross-dressing ways to attend her father’s birthday dressed as a man.

Bobrisky took to photo-sharing app, Instagram, to celebrate her father who just clocked a new age on Monday, June 15.

The renown Snapchat star in her usual fashion of showing off posted the photo of a huge birthday cake which was specially made for her dad. 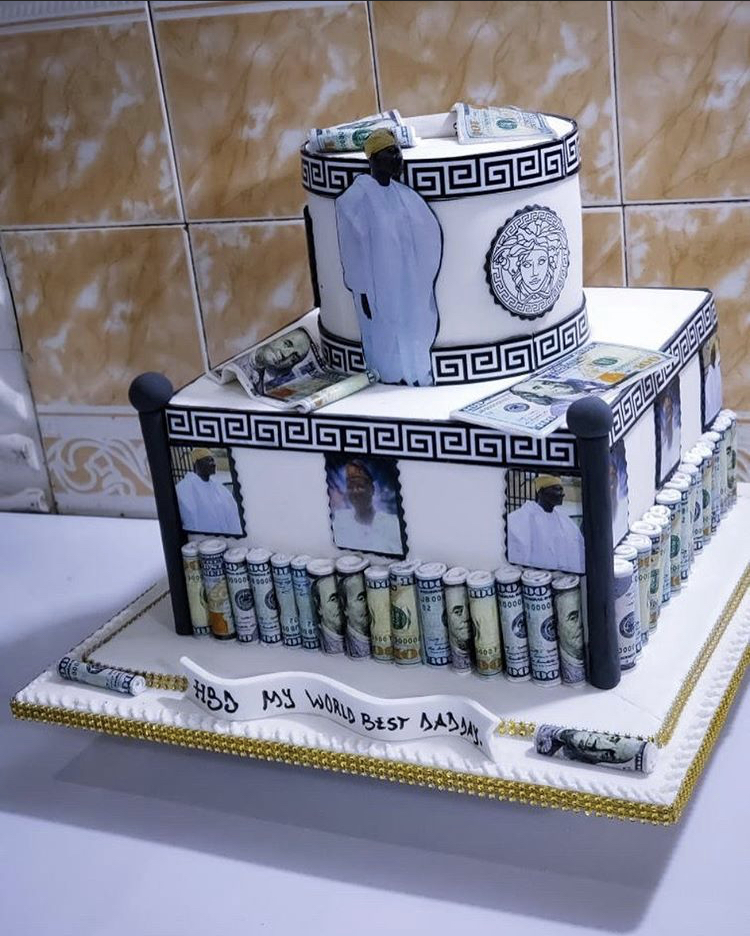 In a different video post, the Instagram celebrity was seen in her white Range Rover car arriving at her dad’s residence alongside a party surprise crew.

Going to surprise my dad. Thanks to @royalhugssurprises for turning up for me. Happy birthday daddy. 💃💃💃💃 💃

In photos shared on social media, Bobrisky was seen with no makeup, hair, eye lashes, as she took photos with some of the people present at his dad’s celebration.

The cross-dresser was seen rocking a face cap and black jalabiya.

This has since drawn the attention of many Nigerians on Twitter as they make funny comments about Bobrisky for completely abandoning her cross-dressing ways.

Bobrisky na convertible, he showed up as Idris not Shedris. 😂

Bobrisky showed up as a man at his father’s birthday.

That father must have been a no nonsense man🤣

That bobrisky girl😂 she’s fucking clown🤡😂😂 she took away her boobs ,nails and transgender back to he 😂😂 because he knew him papa born Idris not bobrisky pic.twitter.com/FeLDrFZnVw

Bobrisky be making blogs use she,him,his and her for him/her only.

This Bobrisky matter shock me ooo 😂😂 where the breast na ?🤷🏼‍♀️
Why he no carry Snapchat go there sef 😒😒 pic.twitter.com/HlhaMYy3eA

Bobrisky went to his father’s birthday party dressed as a man. Oga already knows African home are no respecter of Range Rover Velar because if he appeared there as a lady, he must join the women to cook, wash plates and serve food. Desperate time calls for desperate measures.

The Bobrisky they saw at his father’s birthday vs the Bobrisky we use to see on IG😂
// Babtunde Fashola // Bobrisky pic.twitter.com/kHqIsEY1MY

Chai! Bobrisky’s father must be a no nonsense man….
Dressed like slay queen on IG but as a man on his dad’s birthday…..#RoyalTacha

Responsible man in his father’s house🤣🤣🤣🤣

The first place to discover your true self is your house, if you go outside without knowing who you really are, you’ll end up like bobrisky and it’s not a joke! 😏 pic.twitter.com/2hl2KtiJQd

Even Bobrisky has beard, but boys re buying oil upandan for beard to come out. This life no balance. 😂 pic.twitter.com/2zybHTKbTr

According to many Nigerians on Twitter, the father of the controversial Instagram celebrity must be a disciplinarian for her to ditch her feminine way of dressing up to attend his birthday party. 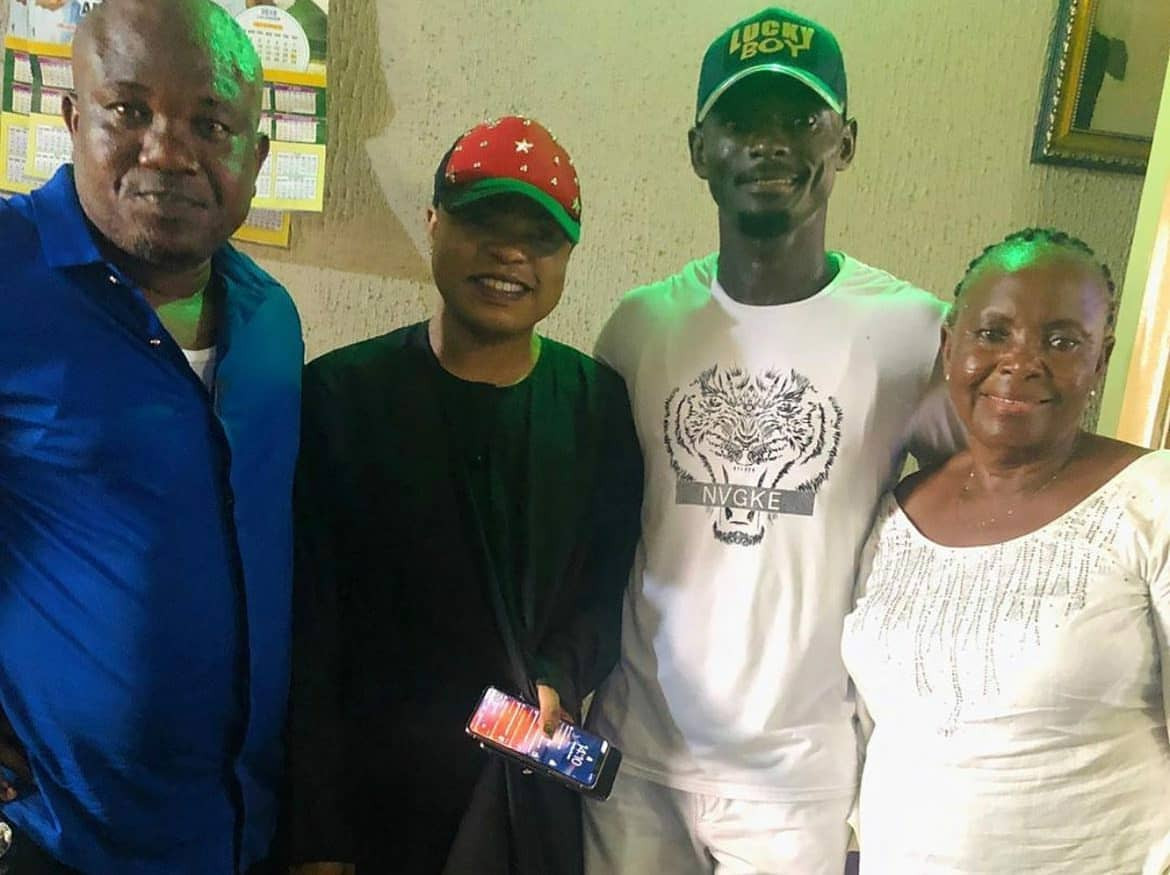 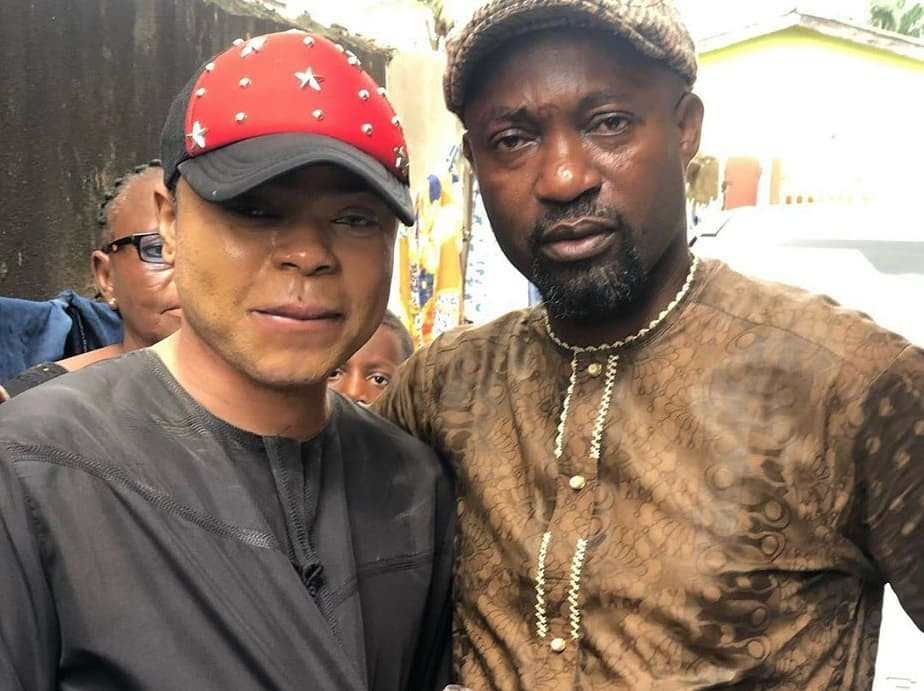 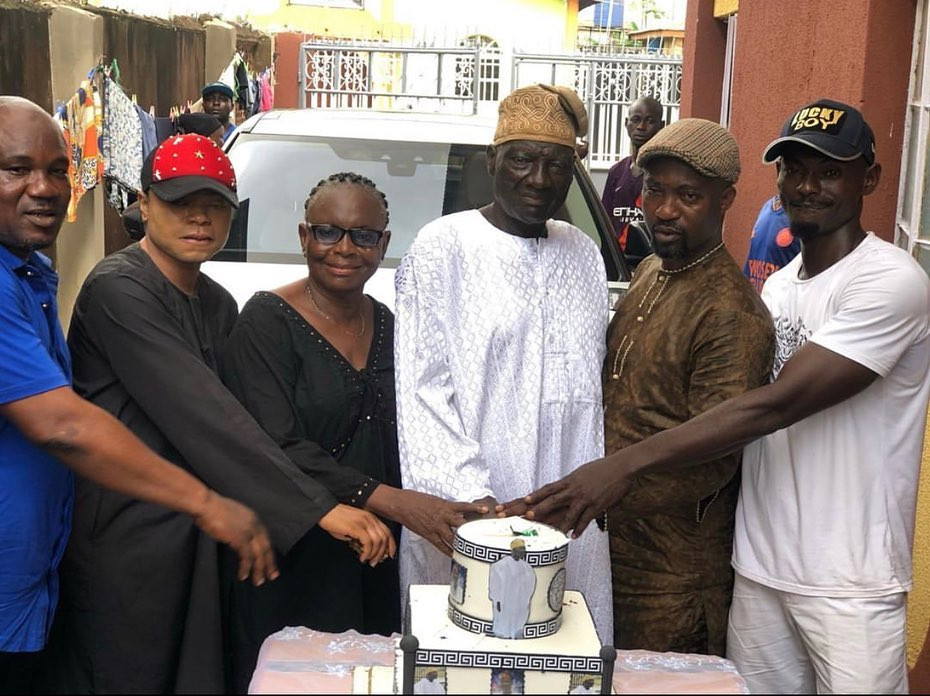