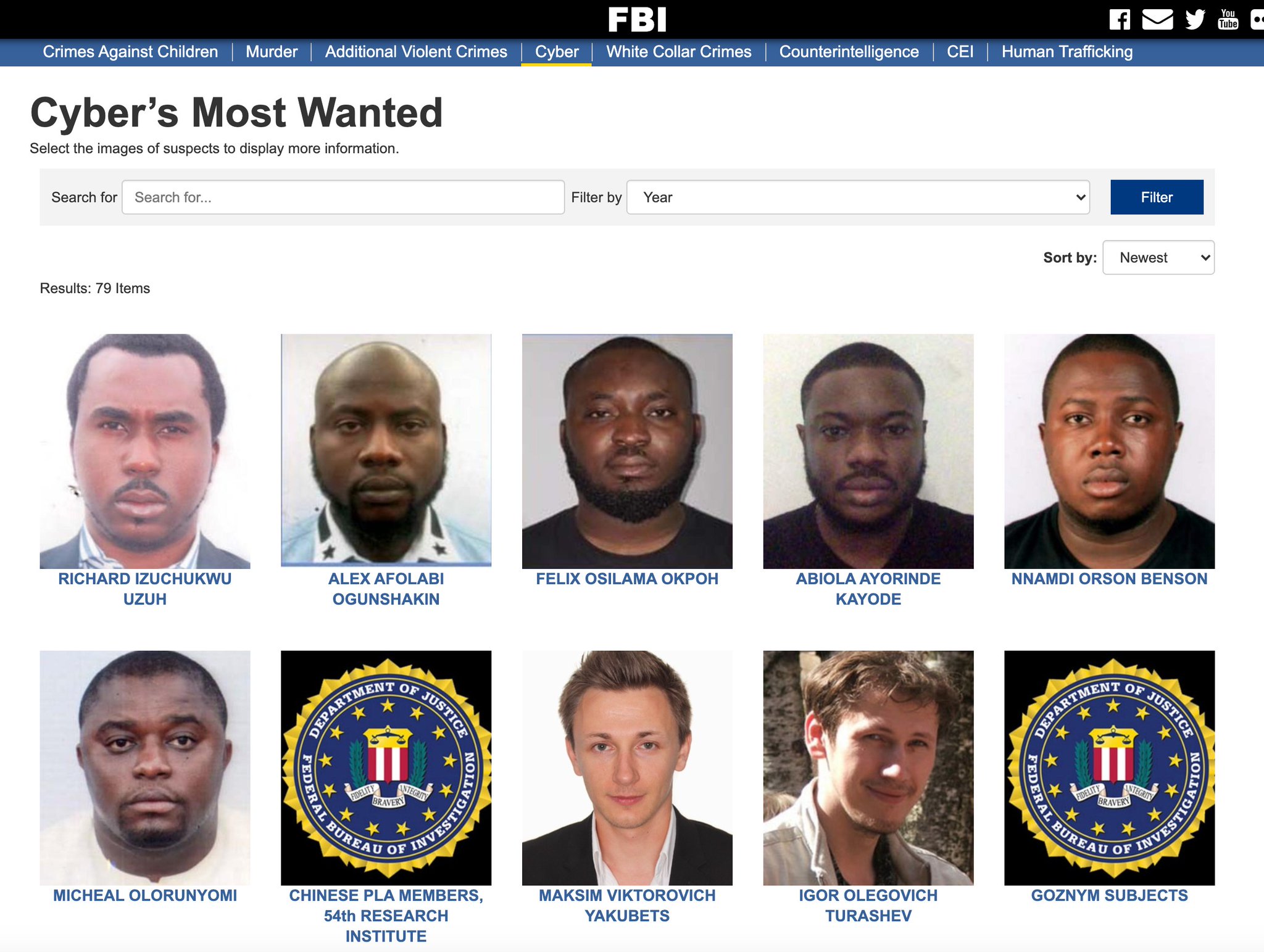 US Federal Bureau of Investigation (FBI) has declared six Nigerians wanted over their involvement in ​Business​ Email ​Compromise (BEC) schemes resulting in over $6 ​million in losses.

This was made known on Saturday morning via the agency’s official Twitter page, saying;

Help the #FBI find ​six Nigerian nationals wanted for their involvement in ​business​ email ​compromise (BEC) schemes resulting in over $6 ​million in losses. Read more about each defendant at https://t.co/Q1OToaIVsl​​, and submit tips at https://t.co/iL7sD5efWD. #FugitiveFriday pic.twitter.com/67TZPHLgHA

They are all accused of wire fraud and conspiracy to commit wire fraud.

Other fugitives include 39 Arabians
16 Russians, 20 Chinese and others for related crimes. 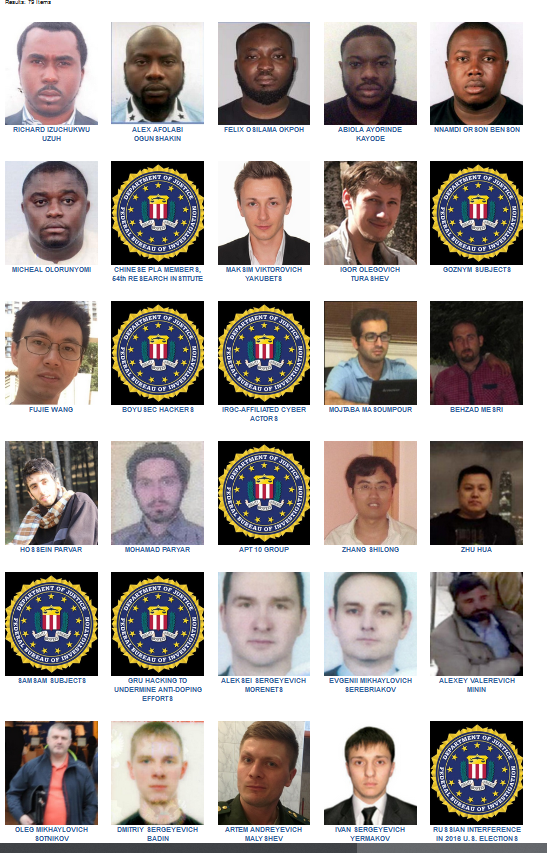 According to a statement on FBI’s website, they are declared as cyber’s most wanted fugitives.

This comes few weeks after socialite Ramoni Igbalode better known as Hushpuppi was arrested alongside other gang members over alleged fraud.

He became a topic of discussion on social media for two consecutive days after Dubai police which made the arrest released a short film detailing how it tracked down Hushpuppi and his crew members.

According to the four-minute film released on June 25, the operation which led to the arrest of 12 fraudsters was for about four months.

Dubai police was able to track down Hushpuppi and his gang after months of investigating and monitoring their social media activities.

It was learnt that they defrauded almost 2million people of N168 billion, seizing more N50 billion in cash and 13 luxury cars worth N3.7 billion.

Read Also: Nigerians React To Short Film Released By Dubai Police About Arrest Of Hushpuppi, Woodberry, Others Over Online Fraud

The video sparked varying comments from many Nigerians, most of which heavily condemned the actions of the Instagram celebrity who is known for flaunting luxury items on social media without a known source of income.