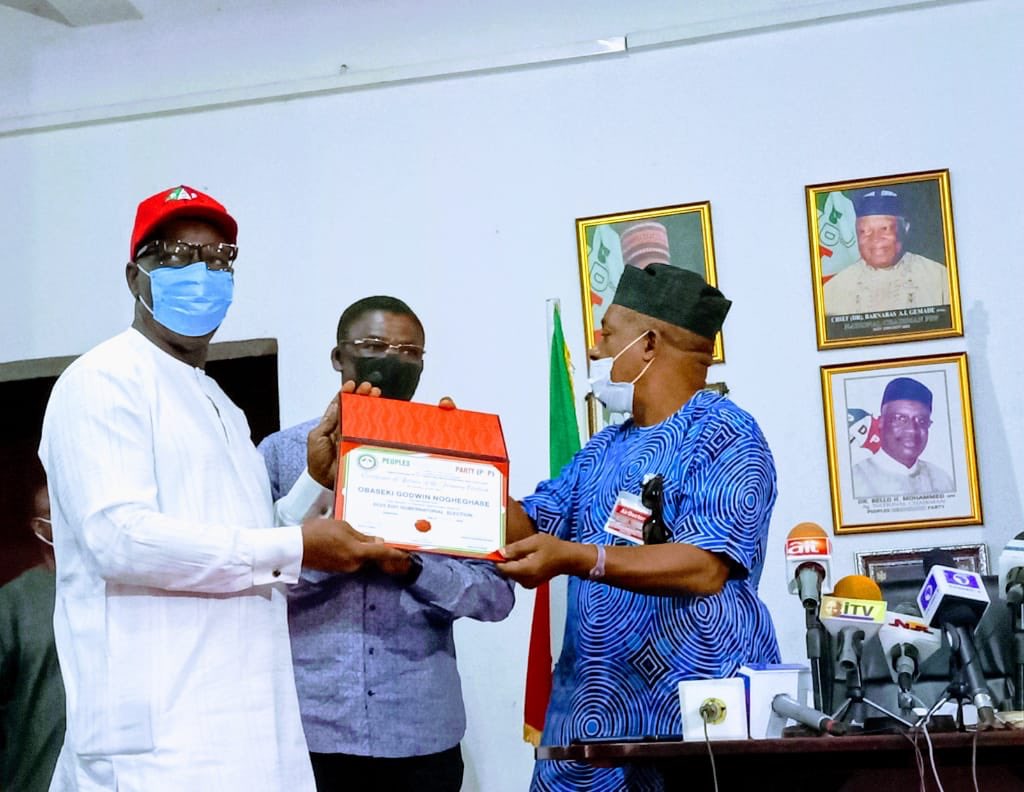 Ahead of the September 19 governorship election in Edo State, Governor Godwin Obaseki has received his Certificate of Return from the Peoples Democratic Party (PDP).

The certificate was issued on Saturday by the PDP National Chairman, Uche Secondus in Abuja, the nation’s capital.

Speaking during the presentation, the Chairman said the party is delighted to have the Governor, who he said has once seen the first-hand activities of the PDP.

All that is left for one this afternoon is to tell you how I and my deputy are grateful to this great party. In our hours of tribulation when we were pushed out in the raging storm you gave us the umbrella. By the grace of God, victory is going to be ours at the end of the day.

I want Mr. Chairman to thank my co-aspirants for being gracious enough to take the painful decision to step down after committing so much.

Obaseki also announced that he is running with his deputy governor, Philip Shuaibu, saying, “You do not change a winning team.”

Two of his co-aspirants who stepped down, Keneth Imasuagbon and Gideon Ikhine, also attended the event.

Read Also: Edo 2020: Why I Stepped Aside For Obaseki – Kenneth Imasuagbon

Obaseki is now fully set to run against APC’s candidate, Ize-Iyamu in the September 19 governorship election in Edo State.

See some photos from the presentation below; 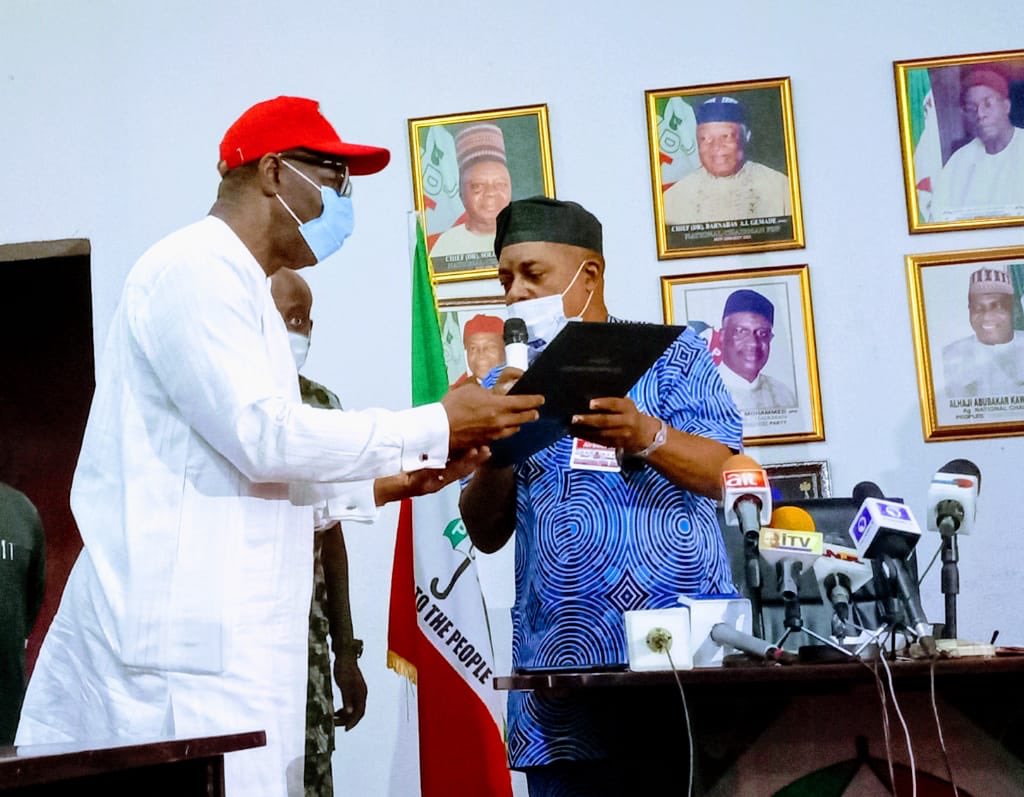 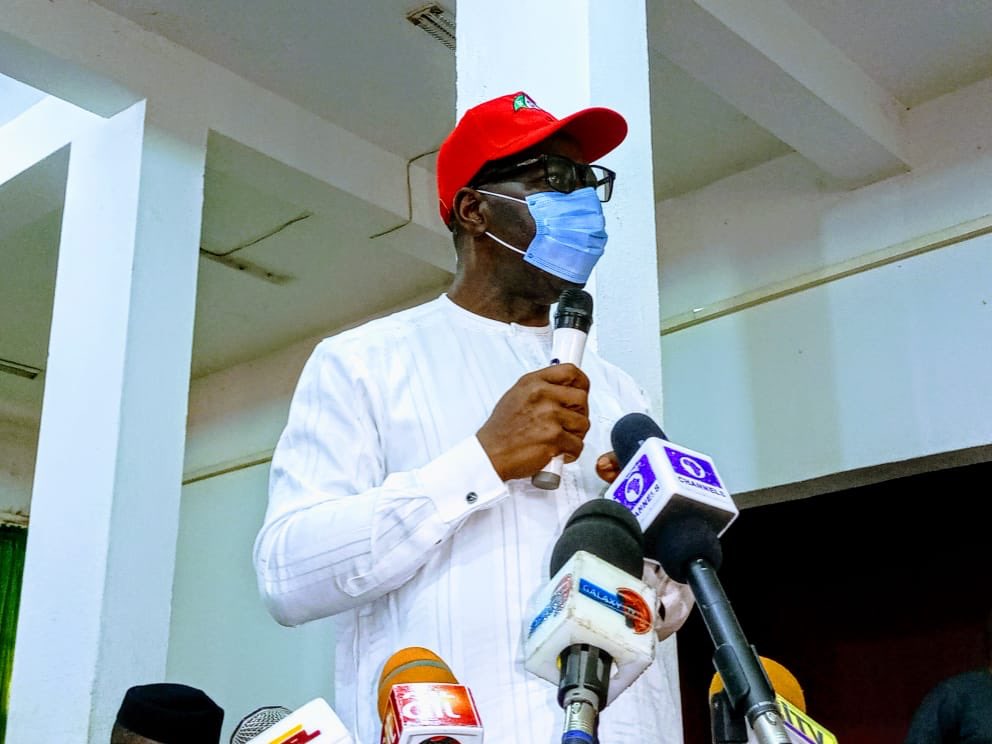 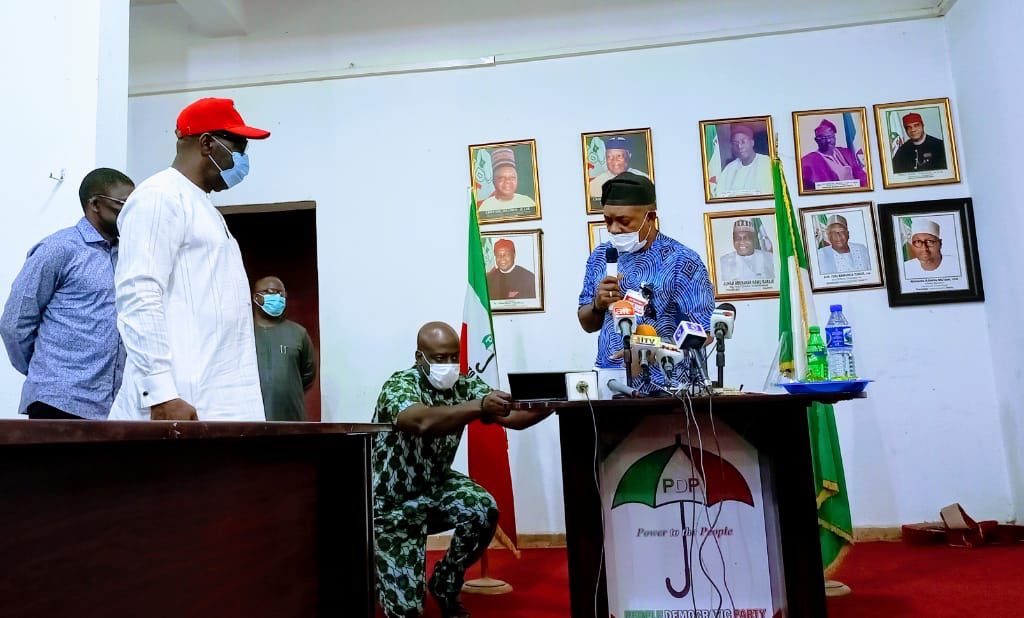 Breaking: “I Accept Dissolution Of APC NWC” – Oshiomhole
Just In: I Have Not Decided On 2023 Presidential Race – Asiwaju Tinubu