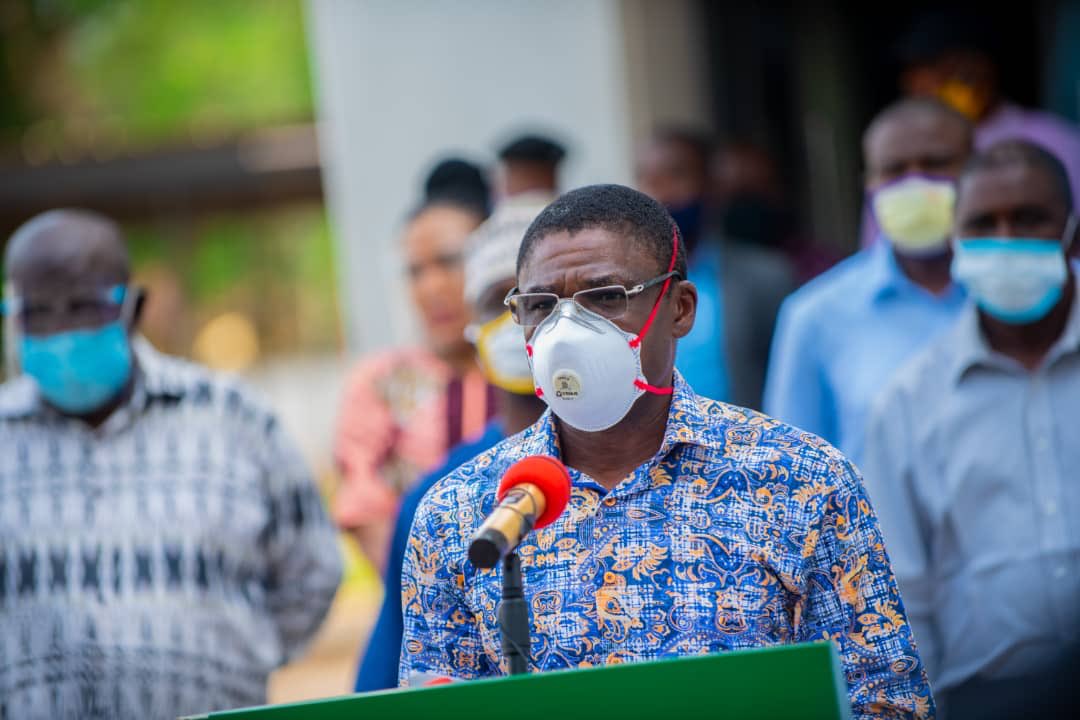 Edo State Deputy Governor, Philip Shaibu, has followed in the footsteps of his boss, Godwin Obaseki, as he also quits the All Progressives Congress (APC) party.

Shaibu announced his exit from the party on Tuesday, saying;

It is with great pain that I am leaving the All Progressives Congress (APC) that I helped and laboured to build as a result of the recklessness and absolute lawlessness of Comrade Adams Aliyu Oshiomhole, the suspended APC National Chairman.

Oshiomhole’s undemocratic and dictatorial tendencies exhibited at all time has become intolerable. The APC has been hijacked for some personal and selfish interests of an individual called Comrade Adams Aliyu Oshiomhole.

Stand with the Governor of Edo State, Mr Godwin Obaseko. Anywhere he is taking his political ambition to, I, Comrade Philip Shaibu, will follow him.

One of those present during the removal of the party flag was heard saying ‘goodbye APC from Edo government house’ as the Deputy Governor declared for the People’s Democratic Party (PDP).

A Speaker of Edo State House of Assembly, 14 Members of House of assembly, 16 LGA Chairmen and 196 councillors also reportedly resigned from the APC.

Obaseki has been in a running battle with his predecessor and current National Chairman of the APC, Adams Oshiomole.

His hope of seeking re-election on the platform of the party was dashed last week after he was disqualified from participating in Edo APC‘s governorship primaries slated for June 22, 2020.

Watch video of Philip Shaibu below;