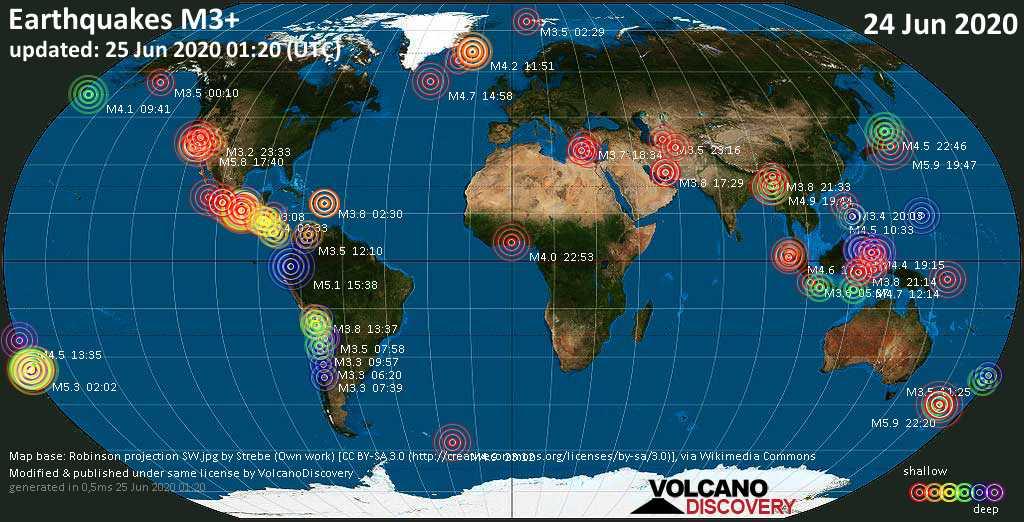 Parts of Accra and surrounding areas in Ghana have been shaken by an earthquake on Wednesday night, throwing residents into fear and panic.

According to the United States Geological Survey (USGS), it recorded a magnitude of 4.0 with a 10.0-kilometre depth at 10:40 pm and occurred at 6 km from Gbawe in Accra, Graphic Online reports. 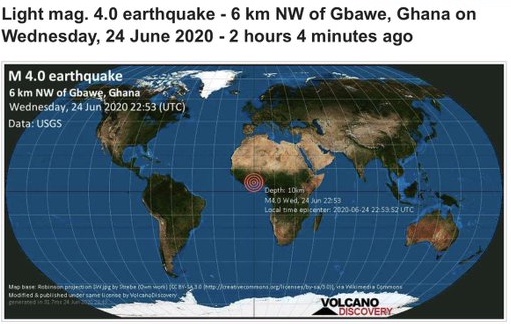 USGS stated that the quake which reached magnitude 4.0 makes it one of the strongest earthquake in Ghana in years, with the epicenter located in the western part of the city.

It was felt three times in the space of 10 minutes and shook buildings, causing panic among residents.

In Adabraka and Nima, there were reports of people running out of their homes to seek refuge in open spaces.

Due to the vulnerability of many buildings in Accra area, earthquake-report.com does not exclude minor damage.

Two minor aftershocks were felt by residents a few minutes after the mainshock.

The Ghana Geological Survey Authority (GGSA) has earlier warned that the series of tremor occurrences in parts of the Greater Accra Region over the years is signal of a looming earthquake of greater magnitude in the future.

On March 24, 2018, a similar earth tremor that measured 4.0 on the Richter scale was recorded in Accra.

The Richter scale is a scale of numbers used to tell the size of earthquakes. Charles Richter developed the Richter Scale in 1935.

If the scale is less than 2.0, it means that the earthquakes are very small and are unlikely to be felt by people.

On December 9, 2018, another one was experienced in Accra.

Accra belongs to the most seismically active region in Western Africa.

Multiple strong quakes (some above magnitude 6) have hit Ghana’s capital in the past, therefore more strong destructive earthquakes can be expected in the future.

However, it is impossible to say when the next strong earthquake will occur.

The latest earthquake does not tell anything about coming quakes, although more small aftershocks are likely in the next days as ShakeMaps shows the earthquake was felt with intensity.

While the magnitude of an earthquake is constant, the intensity (which tells you how strong an earthquake can be felt and if damage is possible or not) varies depending on distance, geological parameters and other factors.

Many residents took to social media to give account about how they felt the earth shaking.

Who experienced the earth tremor at 10:50pm.

Earth Tremor three times in few minutes. Hmmm. Who else experienced it? #earthTremor

Third Earth Tremor in Accra under 15 minutes.
That fault line from McCarthy Hill through to the Accra Central where there was a major earthquake in 1939 must be shifting.#Ghana #Accra #earthtremor

The tremor was also captured on the CCTV of a person’s house;

— There’s Been An Earthquake In Ghana .

– According to reports, a magnitude 4.0 earthquake just hits some cities in Ghana. More details soon to follow pic.twitter.com/1DLvwuzvwW