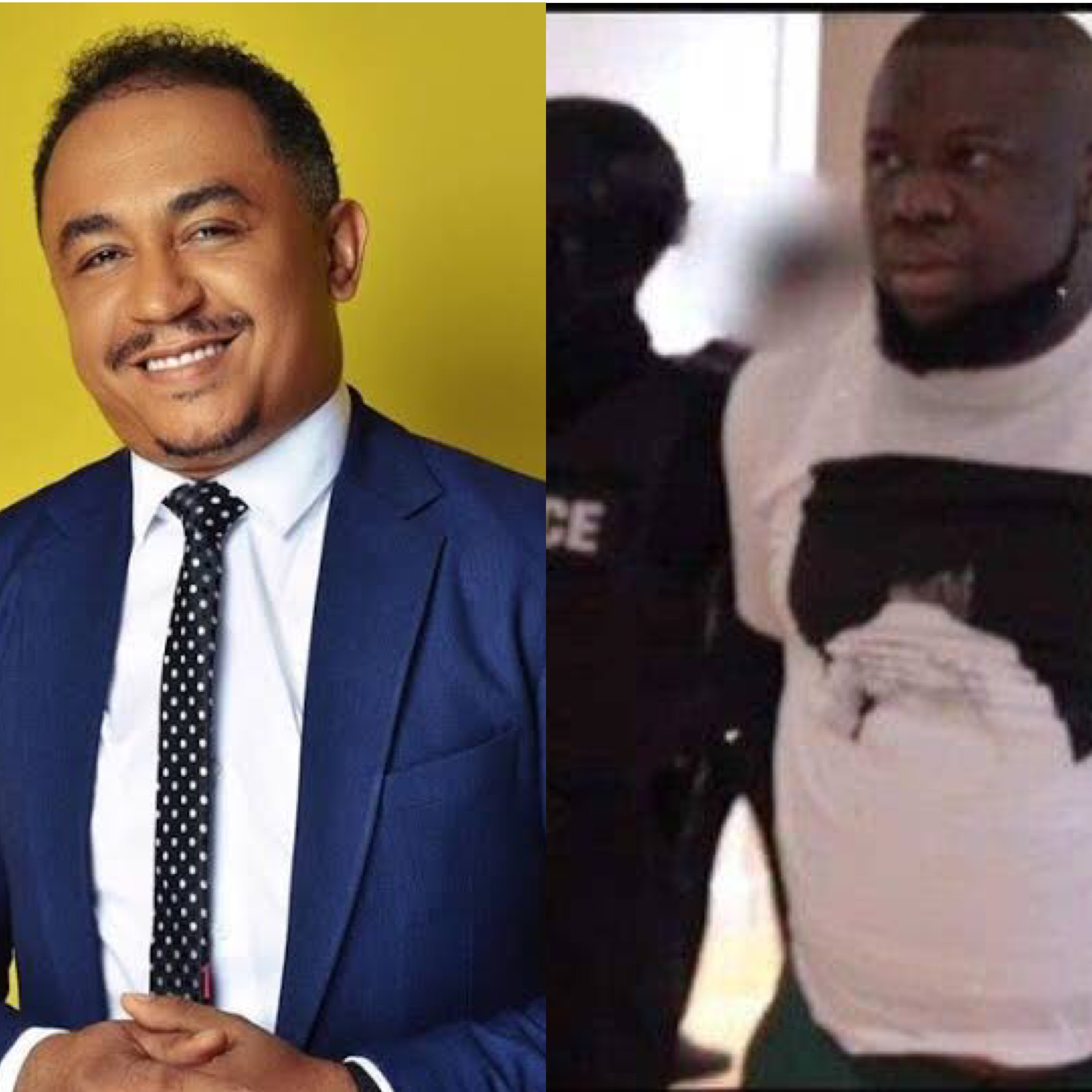 Controversial radio personality Daddy Freeze has reacted to backlash that has trailed an old video of him dining and wining with arrested fraudster, Hushpuppi.

It would be recalled that the Instagram ‘big boy’ was arrested early June and a video detailing how he and his gang were arrested by Dubai police was released on Thursday.

The media personality who is mostly known for heavily criticizing pastors over tithes and other matters, has now been accused of hypocrisy for frolicking with the suspected criminal after his 2019 video documentary about the Instagram celebrity resurfaced on social media.

He was also accused of mocking unemployed Nigerians in the video while with Hushpuppi.

If it is to abuse RCCG and Winners Chapel, Daddy Freeze would have been everywhere today dancing and singing like Dino Melaye. Today, he is silent. Not even a simple condemnation of fraud.

Daddy Freeze will drag pastors for fraud. Same person is in this video laughing with Hushpuppi

We must drag fraudsters.
Wether pastors, politicians or yahoo boys.

Since all of you are scared,
I will help you say it:
Daddy Freeze is a complete disgrace.

Daddy Freeze Daddy Freeze when when he sees
Pastors he sees fraudsters
Like Hushpuppi pic.twitter.com/n8btdR0Fsd

I haven’t heard a single thing from him about Hushpuppi. But he knows how to castigate pastors & make videos jumping like 🐸upandan

I care less about Daddy Freeze frolicking with Hushpuppi, giggling like an overfed puppy; afterall, Hushpuppi has been with many other Nigerian leaders & celebs. What I find distasteful was his mockery of legitimate income earners – Sweating & toiling. Àgbàyà, olójú pupa bí edé. pic.twitter.com/80rHFPFjqB

Daddy Freeze calls himself “Founder of the Free Nation in Christ.”

He’s far worse than the pastors he tears into everyday.

1. Where is Daddy oni jerry curls Alatenuje? Who was promoting fraud while criticising pastors.

In 2019, he did a documentary on Hushpuppi to promote the alleged fraudster.

And Daddy Freeze laughed. But I’m not surprised. Same character who defended extorting money from upcoming artistes before airing their songs.

Daddy Freeze would discourage y’all from paying tithe then go and dine with a fraudster, eat rice and turkey and take tour of his house. By his logic aren’t both of them doing fraud?
A whole hypocrite and a half.

Reacting to the allegations, Daddy Freeze has now defended himself by quoting Mark 2:15 where Jesus dined with ‘sinners’.

He added that Nigerians are funny people and he is glad that he is not accountable to anyone except his ‘Master’.

The media personality went on to block social media users who were trolling him and also said ‘I will say what will make them drink sniper’.

On being a hypocrite, he stated that he uses the scripture to point fingers at Nigerian Pastors as they cannot do the same to him because of their ‘corrupt ways’.

Here is the video below;