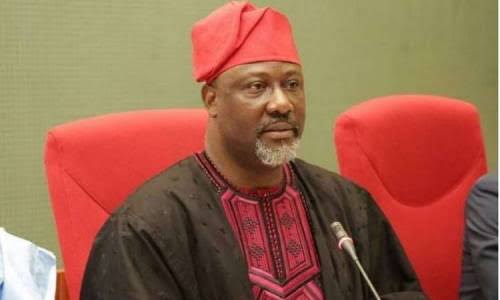 A Federal High Court in Abuja has dismissed a suit filed by former lawmaker representing Kogi West district, Senator Dino Melaye, seeking to stop deliberations on the Control of Infectious Diseases Bill before the House of Representatives.

Melaye had filed the suit against Femi Gbajabiamila, speaker of the house of representatives, and four others seeking the protection of his fundamental rights over the bill.

Read Also: Outcry As Nigerians Clamor For Stop Of NCDC Bill That Empowers The Centre To Administer Vaccination At Will

The bill threatens the dignity of person, personal liberty, right to private and family life, right to freedom of movement and right to own immovable property in Nigeria.

He requested that his May 5 suit that the court to delete some sections of the bill, saying it constituted a violation or would likely violate his rights and those of Nigerians under the Nigerian Constitution, the African Charter on Human and Peoples’ Rights as well the United Nations Declaration of Human Rights.

Melaye faulted provisions of the Bill seeking to empower the Director-General of the NCDC to compel anyone to take medical examination or treatment and also collect the blood sample of such person in the case of a public health emergency.

The Senator queried the provision in the bill that seeks to empower the NCDC to take over any premises and turn them into isolation centers without compensation for the owner.

However, delivering judgment in the suit on Tuesday, the judge, Ijeoma Ojukwu, said the court lacked the jurisdiction to hear the suit.

According to her, the Infectious Disease bill remains a bill which does not confer any right and obligation on Senator Melaye or any other Nigerian, as it is yet to become an act of the National Assembly.

Ojukwu added that the plaintiff’s suit is premature and non-justiciable as the national assembly is still deliberating on the bill.

The court upheld the preliminary objections of respondents and dismissed the suit.