Ondo State Deputy Governor, Agboola Ajayi, has on Sunday resigned his membership of the All Progressives Congress (APC) in Apoi Ward 2, Ese Odo Local Government Area of the State.

This comes few hours after he was restrained from moving out of the Government House in Alagbaka, Akure, the state capital, by the state Police Commissioner, Bolaji Salami and his team, allegedly over his intention to decamp.

Tendering his resignation letter at the APC secretariat in Apoi Ward 2, Ese Odo LGA, Ajayi said everyone is inclined to the reason he resigned from APC. 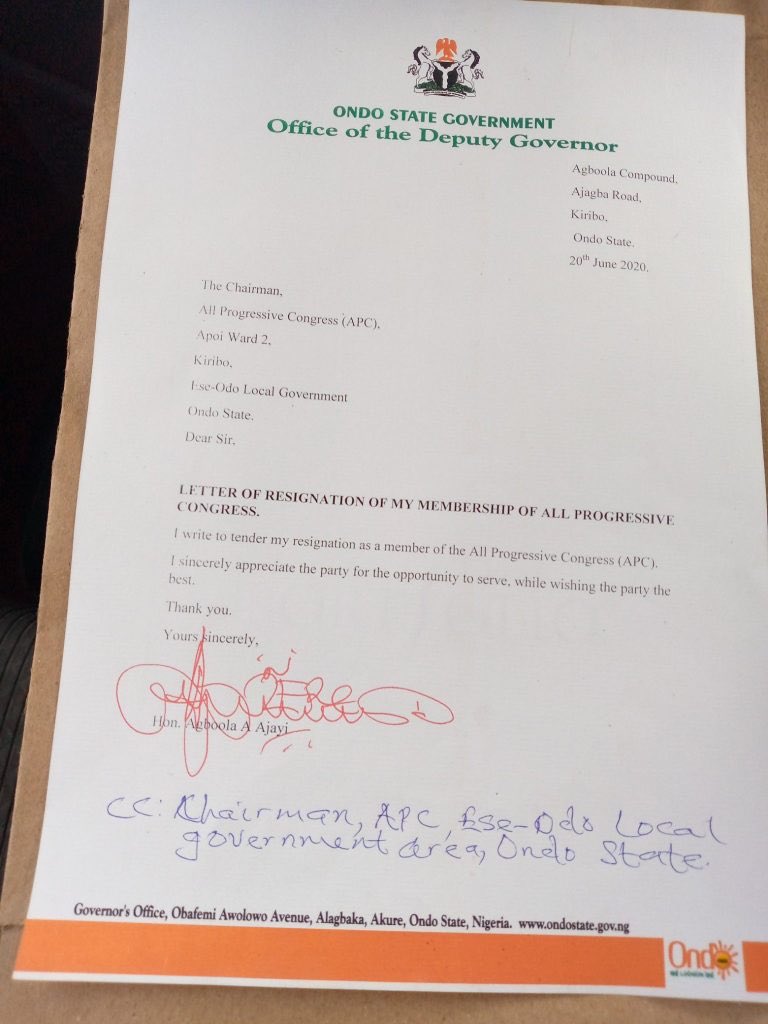 Shortly after, he went to the secretariat of the PDP in the ward where he announced his defection to the party and obtained his party card.

Ajayi have reportedly been meeting with party leaders in the past days over his planned move to the PDP.

The defection is a confirmation of speculations about a cold war between Ajayi and his boss, Governor Oluwarotimi Akeredolu.

The Deputy Governor of Ondo state, Hon. Agboola Ajayi has resigned his membership of the failed APC. Hon. Agboola after his resignation, picked the PDP membership card at Ward 2, Apoi, in Ese Odo Local Government Area of Ondo State.

It is now clear that Ajayi will seek the PDP governorship ticket to run against Governor Rotimi Akeredolu.