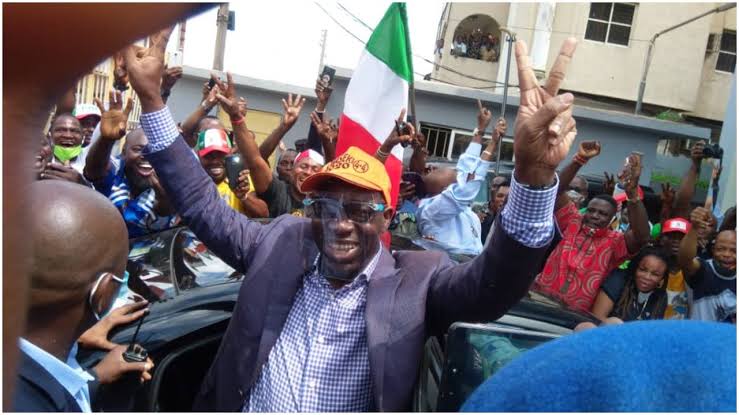 A Federal High Court in Abuja has dismissed a suit seeking the disqualification of Godwin Obaseki, governor of Edo state, from the upcoming governorship election in the state for alleged certificate forgery.

It would be recalled that former National Chairman of the All Progressives Congress (APC), Adams Oshiomhole had in early June questioned the authenticity of the first-degree certificate of the governor.

In reaction, the management of the University of Ibadan confirmed the authenticity of the certificate in a statement on June 10.

In the suit, plaintiffs accused Governor Obaseki of engaging in falsification of his Bachelor of Arts (B.A.) certificate in Classical Studies from the University of Ibadan.

When the case came up on Monday, the legal representatives of Obaseki’s accusers did not show up in court.

Anwuli Chikere, who is the presiding judge, subsequently, struck out the case due to the absence of both plaintiffs and the defendant.

INEC, Nigeria’s electoral commission, has scheduled September 2020 for the governorship election in the Edo state.