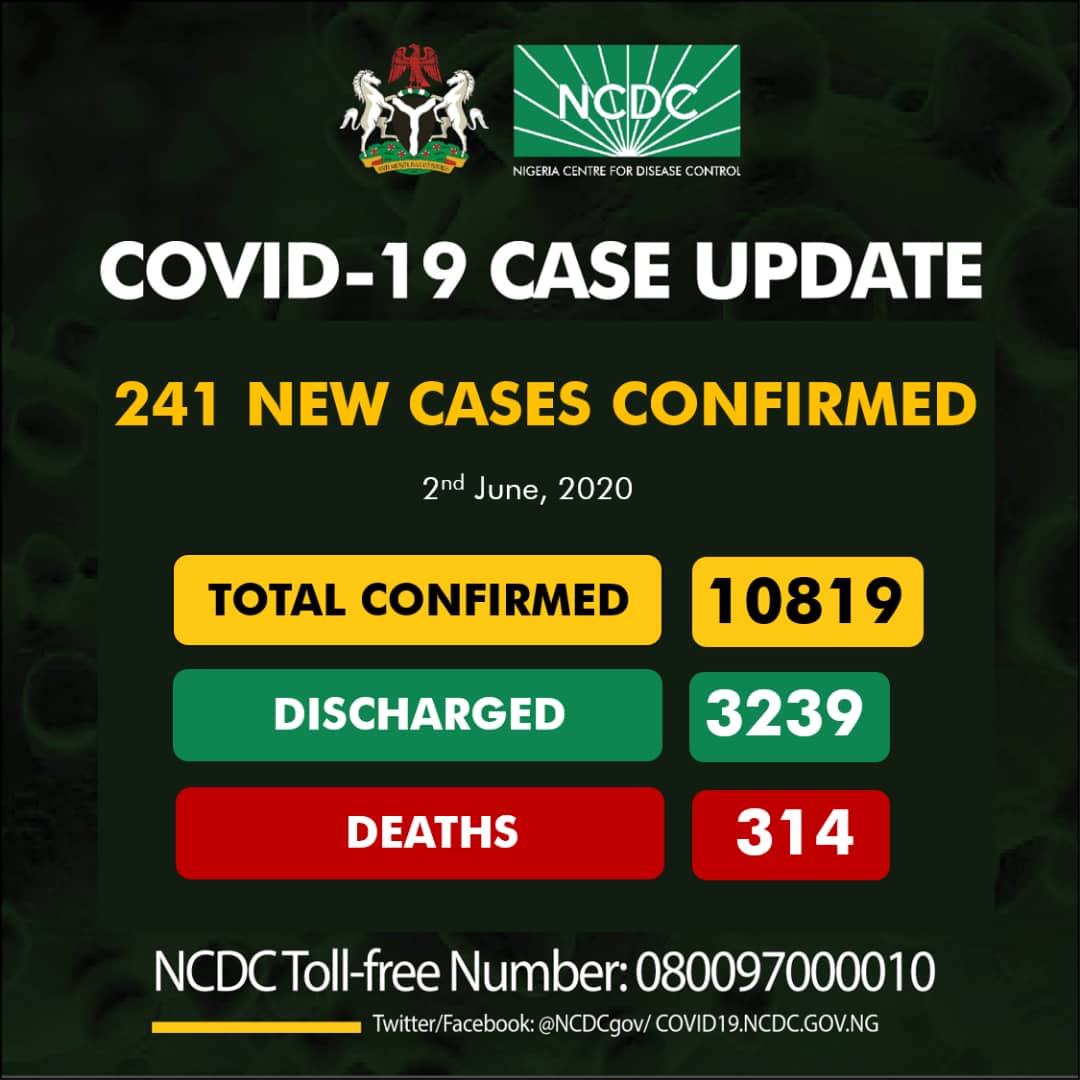 According to the centre’s latest data posted on Twitter, the cases were confirmed over the last 24 hours.

A breakdown of cases by state can be found via https://t.co/zQrpNeOfet#TakeResponsibility pic.twitter.com/WeofOmQ48W

On Monday, the country’s total coronavirus toll was 10,578 with 3,122 discharged patients and 299 causalities.

Also, according to NCDC’s situation report, total samples tested nationwide have increased from 63,882 to 65,885 as at June 1st.

In other news, Lagos state has discharged 33 coronavirus patients from its isolation facilities after full recovery.

Lagos State Ministry of Health (LSMOH) announced this on its official Twitter page on Tuesday, stating that the discharged patients include three Indian nationals.

LSMOH explained that 21 patients were discharged from Onikan, 9 from Eti-Osa (LandMark), 2 from Lekki and 1 from Gbagada Isolation Centres.

With this, the number of coronavirus cases that have been successfully managed and discharged in Lagos is now 908.