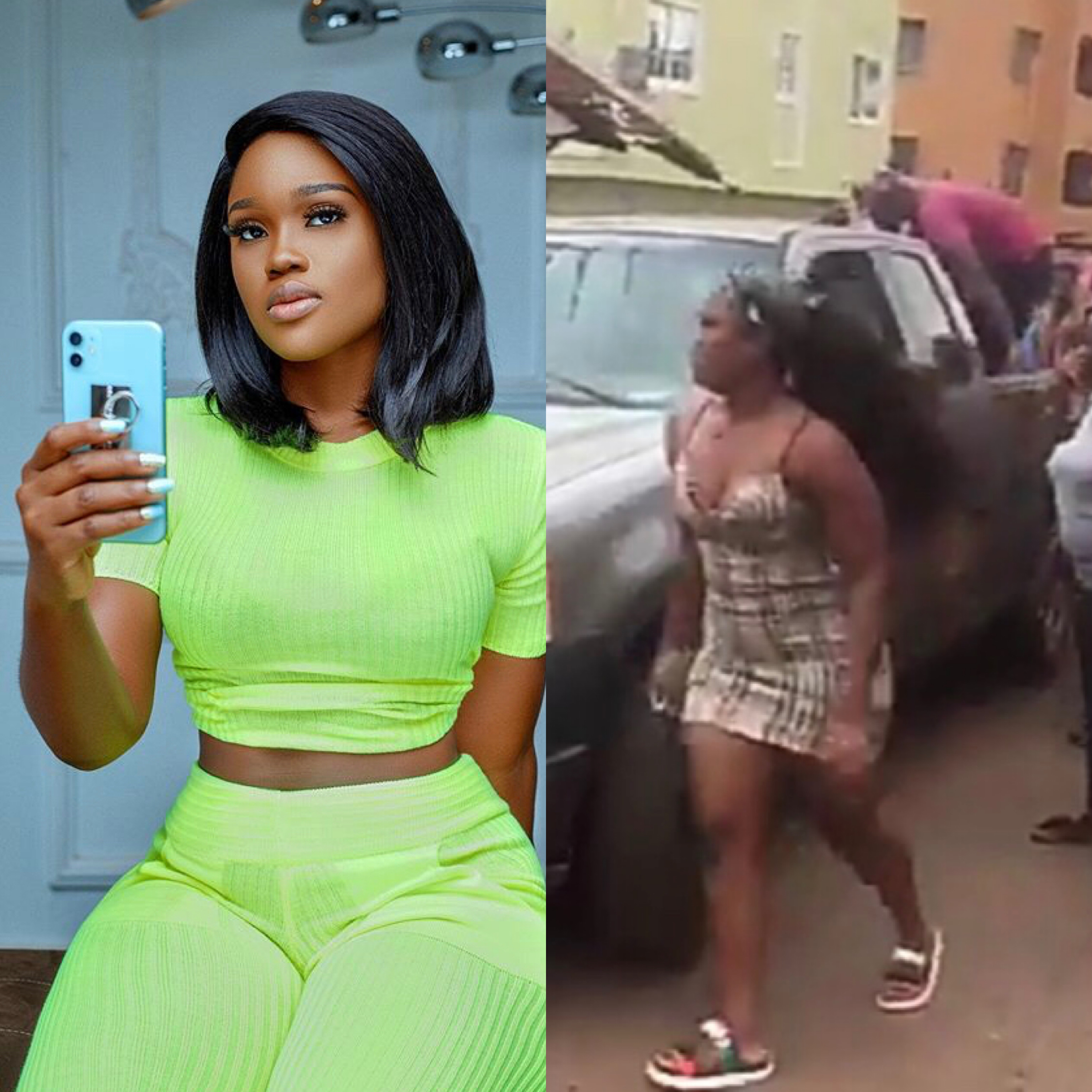 Former Big Brother Naija housemate, Cynthia Nwadiora popularly known as Cee-C has confirmed that she was involved in a car crash on Wednesday, June 24.

It was rumored on Wednesday that she had a car accident after a video showing the aftermath of the accident surfaced on the internet.

In the video, Cee-C was seen pacing around the scene of the accident and at some point fell inside a gutter but was quickly helped up by a lady.

The reality TV star took to her Instagram stories on Thursday where she gave an update about the sad incident.

According to her, one person was injured and is presently receiving treatment at an undisclosed hospital.

Thank you for all your messages, concerns, and well wishes. Unfortunately, I was involved in an auto crash and an individual was struck. 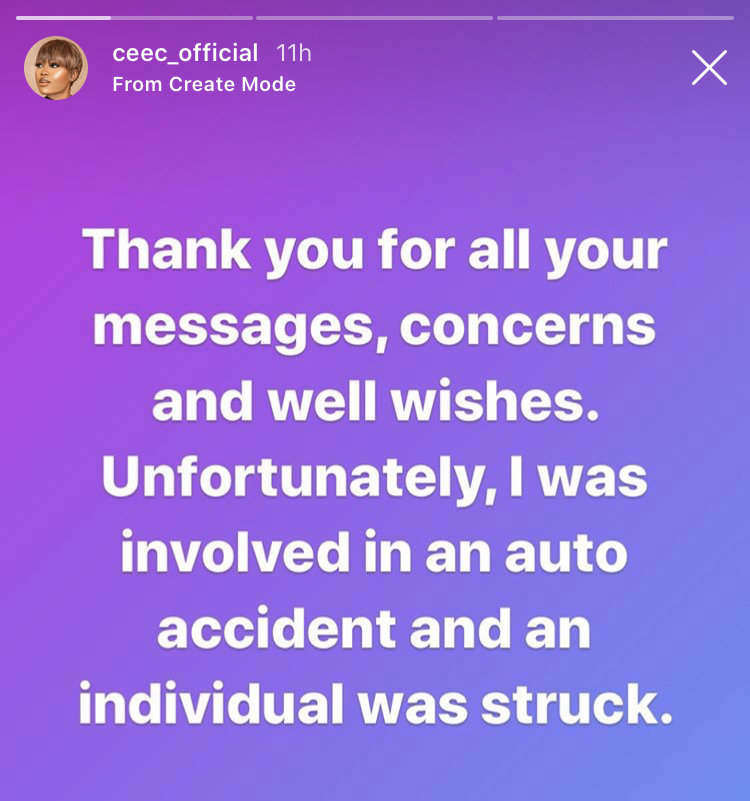 I am doing well, albeit shaken up but the individual that was struck is receiving treatment and I pray for a full recovery. Thank you for all your kind words, prayers, and love. 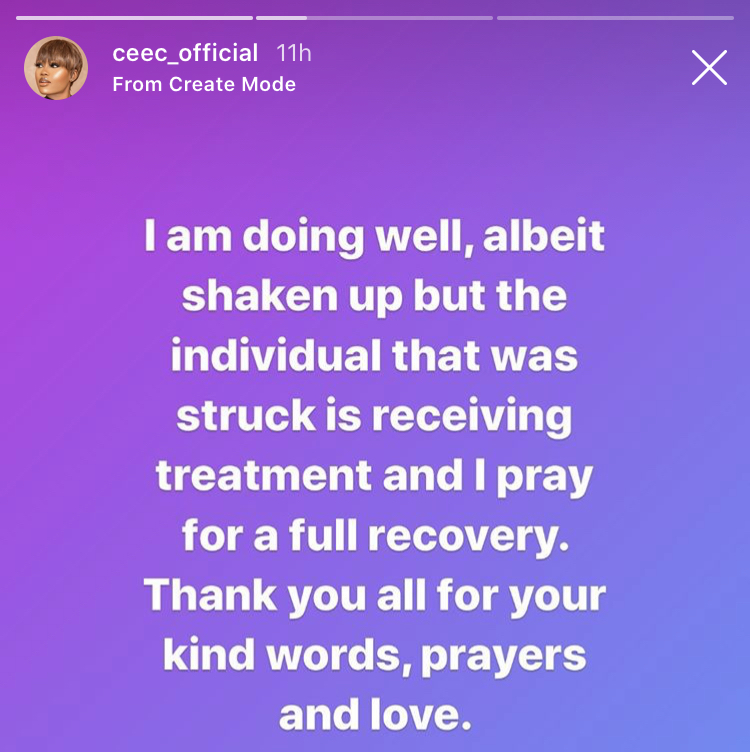 Cee-C went on to thank the individual who offered to help her during the accident, saying;

Thank you to the angel Samaritan who offered up his truck without any questions asked to transport us to the hospital. God bless you wherever you are. 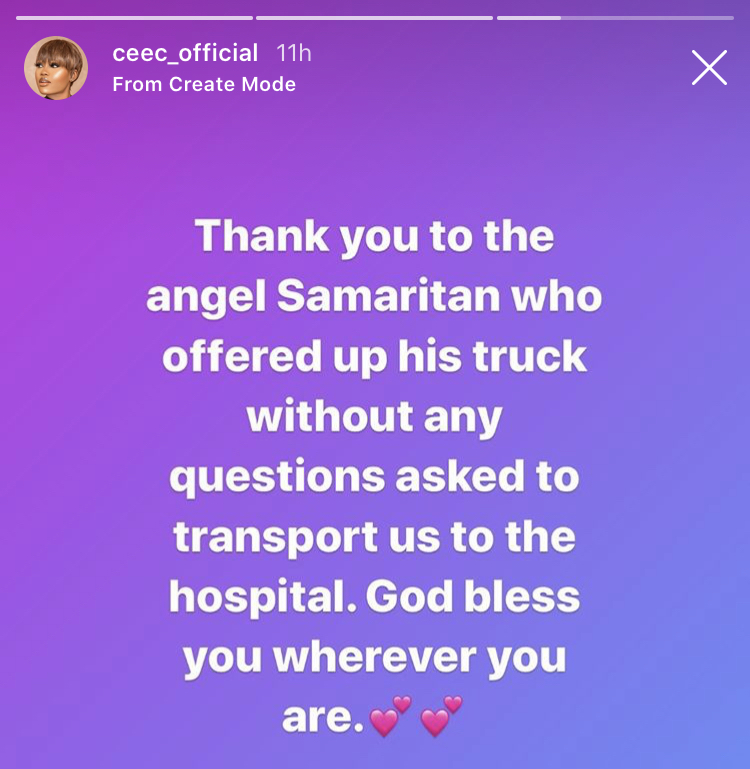 The accident is said to have happened in New Haven, Enugu state.