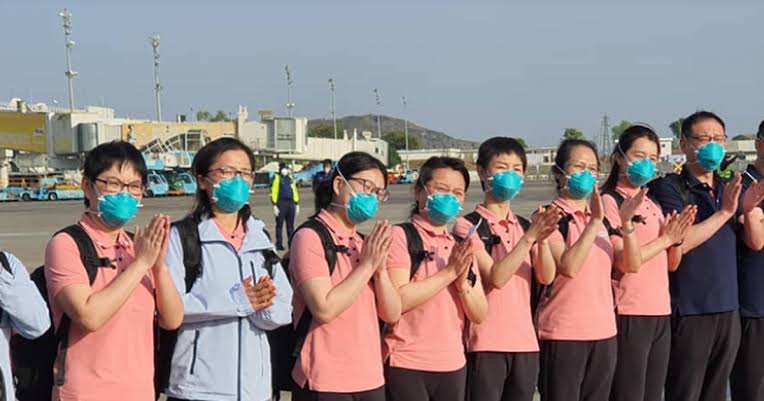 Federal Government has said it does not know the whereabouts of the 18 Chinese doctors and technicians who came into the country to offer assistance to fight against the coronavirus.

The shocking statement was made by the Minister of Health, Osagie Ehanire at the daily briefing of the Presidential Task Force (PTF) on the containment of the Covid -19 in Abuja on Thursday.

This revelation came one month after the controversial arrival of the Chinese medical team. The arrival of the team had at the time generated strong criticism especially from the Nigeria Medical Association (NMA). But the Federal Government had dispelled the concerns, stressing that they were in the country to help.

However, when specifically asked about the whereabouts of the Chinese medical team at the briefing, the Minister said he wondered why there was so much interest in knowing their whereabouts and told journalists not to ask him the question again.

I want to explain first of all that I think not all of them were doctors and I heard that some of them are technicians, but they are staff of CCECC, the Ministry of health is not their host, so we can’t always explain what happened to them or where they are.

Chinese Civil Engineering and Construction Company (CCECC) is the main company responsible for the shipment of medical supplies and Chinese medics into Nigeria.

According to CCECC in a statement on April 8, the coming of the medics through the organization is backed by the Federal Government and is to serve as Corporate Social Responsibilities (CSR) programme to help the country during the pandemic.

The Minister however stressed that;

There seems to be a lot of interests in these doctors but they are the staff of a company and I think they are on the company visa. So I will be very happy if you don’t ask me about where they are because they are not really our guests in that sense.

But we have been able to learn some things from them by interacting with them from their experience in their country, we shared ideas about what they did in their country in managing Covid -19.

It would be recalled that a 18-member Chinese medical team made up of doctors, nurses, and laboratory technicians, arrived at the Nnamdi Azikiwe International Airport, Abuja, on April 8, 2020, with medical equipment worth about $1.5 million.

And according to the Federal Government, they went in for two week quarantine period following Covid-19 protocols. 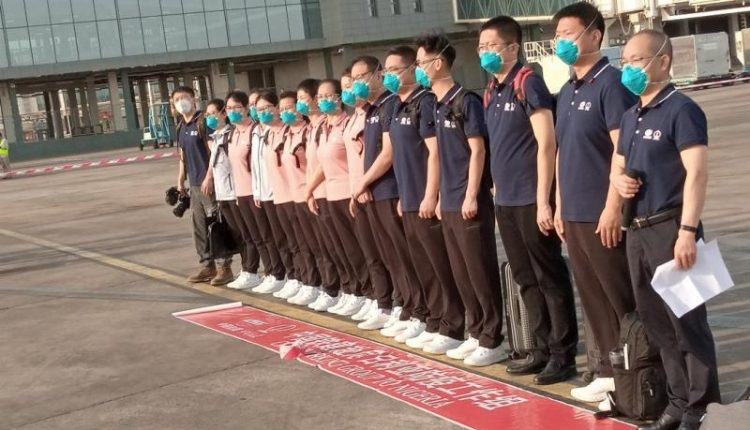 Minister Ehanire revealed this during the fifth PTF briefing on April 3rd explaining that items being expected include medical equipments like personal protective equipment and ventilators.

With this recent development, many Nigerians have expressed shock and worry over whereabouts of the Chinese medical team, urging the Federal Government not to overlook the disappearance.

Just In: Dubai Returnee Who Died In Lagos Did Not Have COVID-19 – Prof Abayomi
Airlifting Madagascar’s Solution Not Our Priority – Coronavirus Task Force