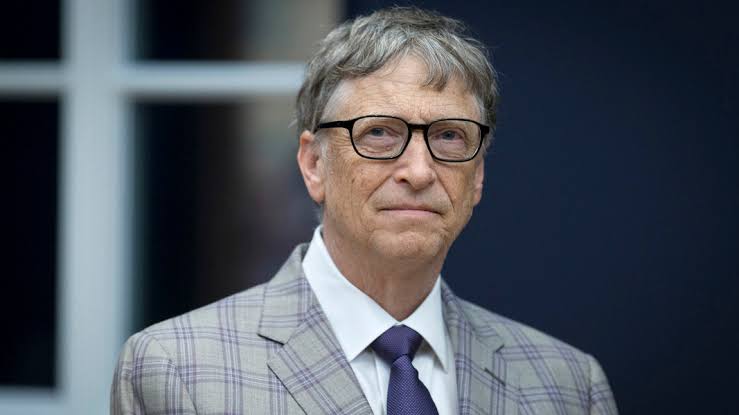 American philanthropist and co-founder of Microsoft, Bill Gates, has denied allegations that he offered a $10 million bribe to the Nigerian House of Representatives to pass a controversial Control of Infectious Diseases Bill being considered by the House.

The Bill and Melinda Gates Foundation made this known on Monday in a memorandum submitted to an ad-hoc committee of the House set up to investigate the bribe allegations.

The Coalition of United Political Parties (CUPP) had alleged it intercepted a human intelligence that the Green Chamber of the National Assembly had been offered money to pass the bill despite no input from stakeholders.

This allegation came after the bill became a topic of controversy among Nigerians. Many Nigerians called for the suspension of the bill claiming it was sponsored by the Bill Gates Foundation and contain sections that are against human rights.

Read Also: Outcry As Nigerians Clamor For Stop Of NCDC Bill That Empowers The Centre To Administer Vaccination At Will

CUPP had in a statement signed by its spokesman, Ikenga Imo Ugochinyere claimed that;

This intelligence is coupled with the information of the alleged receipt, from sources outside the country but very interested in the Bill, of the sum of $10 million by the sponsors and promoters of the Bill to distribute among lawmakers to ensure a smooth passage of the Bill.

But reacting on Monday, Bill Gates foundation, in a letter signed by its Nigeria Country Office Director, Paulin Basinga, described the allegations as ‘false and without merit.’

Basinga maintained that the foundation had not offered any financial incentives to any member of Nigeria’s legislative branch for the passage of the Bill, nor did it offer any grant to organisations in Nigeria.

He stated that the foundation was focused on improving the quality of life for the Nigerian people.

The letter entitled ‘Gates Foundation statement on allegation of misconduct’, read in part;

The Bill & Melinda Gates Foundation has recently been made aware of an allegation circulating in certain elements of the Nigerian media that the foundation was involved in a payment purportedly made to the Nigeria House of Representatives.

The Foundation adheres to strict ethical and legal guidelines across all areas of its operations. What drives the Foundation’s work is the simple and compelling belief that all lives have equal value, and that everyone deserves to lead a healthy productive life. The Foundation works in very diverse settings around the globe in a nonpartisan fashion, consistent with strict U.S. private foundation restrictions on political and legislative engagement.

Globally, the Foundation is committed to helping strengthen diagnostic testing, protect at-risk populations; and develop vaccines, treatments and diagnostics in response to COVID-19. The Foundation is currently providing support to the Nigerian government’s response to the COVID-19 pandemic and broader health issues, working in partnership with international health agencies, development organizations, and civil society.

The Foundation invests in programs that address Nigeria’s health and development challenges which align with Nigeria’s development agenda and priorities. As the Nigerian government continues to make concerted efforts towards containing the impact of the pandemic and leveraging the National COVID-19 Multi-sectoral Pandemic Response Plan, the Foundation is pleased to continue its partnership with the several government agencies in aligning its support to what would be most beneficial to the Nigerian people in these unprecedented times.

The Foundation commended Nigeria government for its swift response to the COVID-19 pandemic.

It also lauded the Presidential Task Force, other Government agencies, and the legislature for their commitment to addressing the pandemic and protecting the Nigerian people.