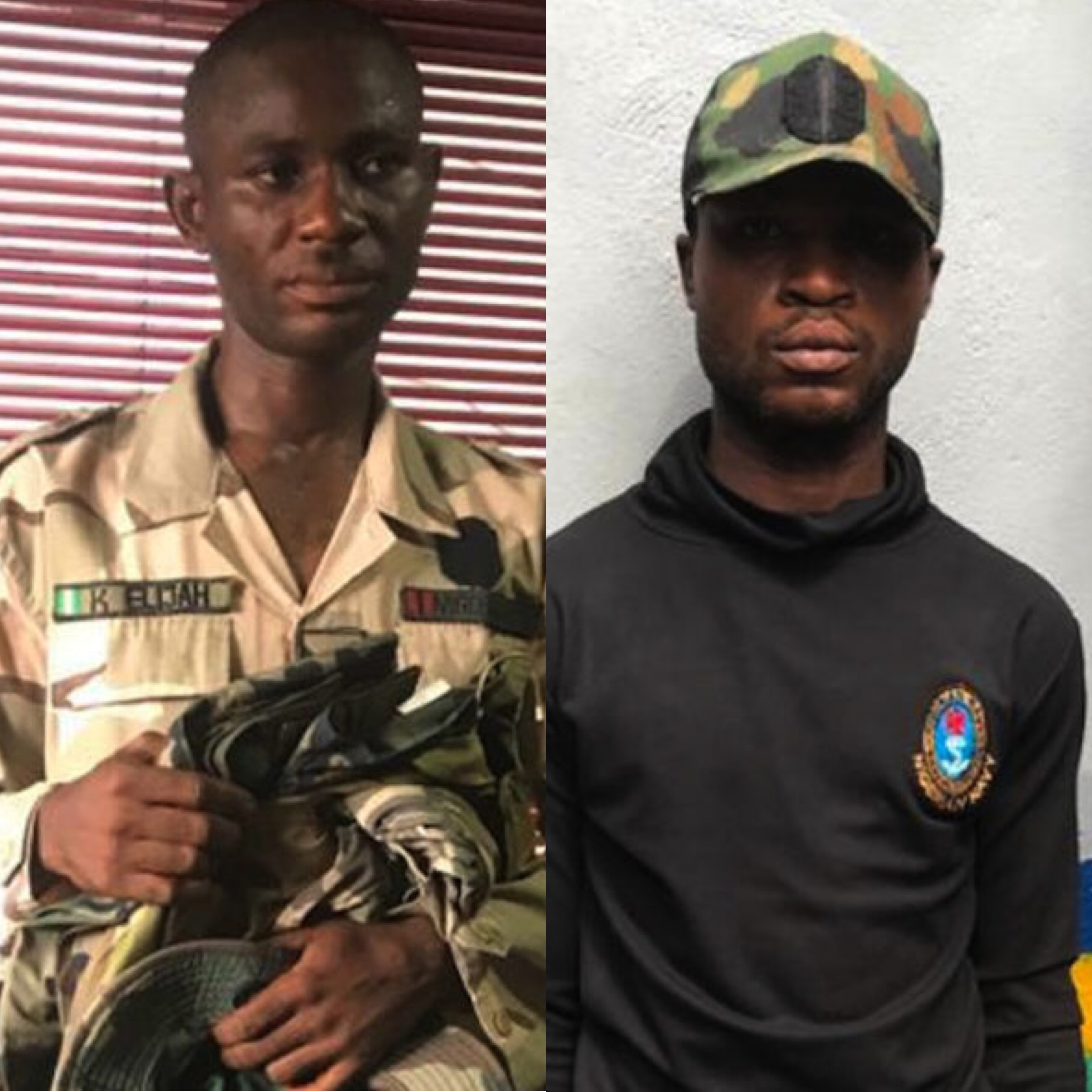 Police operatives in Lagos have arrested two fake soldiers in connection with the alleged murder of a police sergeant.

Bala Elkana, spokesperson of the state police command, on May 16 said detectives from Ilemba Hausa Police Station arrested one Kehinde Elijah, 45, and Eze Joseph, in connection with the killing of a police sergeant, Onalaja Onajide.

Onajide, who was attached to Ilemba Hausa Division, Ajangbadi, was shot dead on Sunday, May 10, in front of the division.

It was gathered that the suspects were apprehended on Saturday evening and yesterday morning by a team led by Divisional Police Officer (DPO) Yahaya Adesina, a Chief Superintendent (CSP), who witnessed the incident alongside another cop.

One of the suspects, Elijah, is said to be a dismissed soldier sacked for allegedly deserting the battle against insurgents in the northeast in 2015. He has been in Ojo area since then, where he has been terrorizing members of the public.

Police report said Elijah had been paying frequent visits to the police station pretending to be a serving soldier.

The second suspect, Ezeh Frank Joseph who was arrested in his apartment at Imude Pako Area, Era road, Ajangbadi on Sunday May 17 had also deserted the military while undergoing basic military training.

According to Bala’s statement, the shooting incident happened on May 10 at about 9.40pm when unknown gunmen fired gunshots at the Divisional Police Officer, Yahaya Adesina, and the Station Guard, Sergeant Onalaja Onajide.

The DPO survived the gunshots but the Station Guard died from the bullet’s wound.

Bala noted that the first suspect was earlier at the Station to request for the release of his motorcycle which was impounded by the Police for violating the ban on the use of commercial motorcycles.

He, however, decided to launch the attack, due to the refusal of the DPO to release the motorcycle.

The police spokesperson said investigation is still ongoing while the suspects will soon be charged to Court.