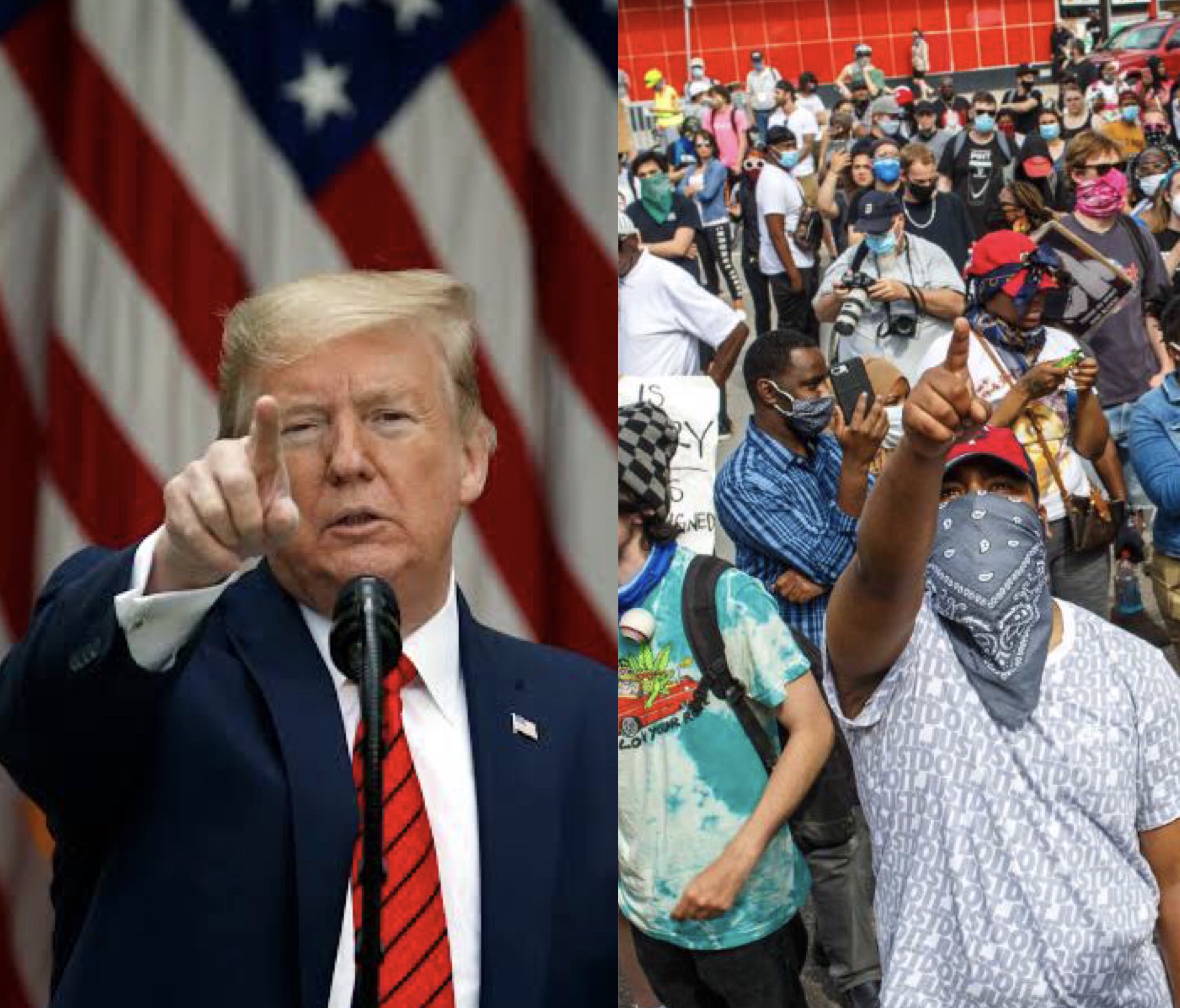 Micro-blogging social platform, Twitter has once again censored one of U.S. President Donald Trump’s tweets for breaching its rules about ‘glorifying violence.’

In the censored tweet, Trump lashed out at those protesting in Minneapolis over the unlawful death of an unarmed black man, George Floyd.

A white policeman brutally murdered the victim on Monday night by kneeling on his neck for several minutes, despite telling the police; ‘I can’t breathe.’

Reacting to the protest that broke out since Wednesday, Trump said he would not ‘stand back and watch this happen to a great American City.’

Any difficulty and we will assume control but, when the looting starts, the shooting starts.

I can’t stand back & watch this happen to a great American City, Minneapolis. A total lack of leadership. Either the very weak Radical Left Mayor, Jacob Frey, get his act together and bring the City under control, or I will send in the National Guard & get the job done right…..

….These THUGS are dishonoring the memory of George Floyd, and I won’t let that happen. Just spoke to Governor Tim Walz and told him that the Military is with him all the way. Any difficulty and we will assume control but, when the looting starts, the shooting starts. Thank you! 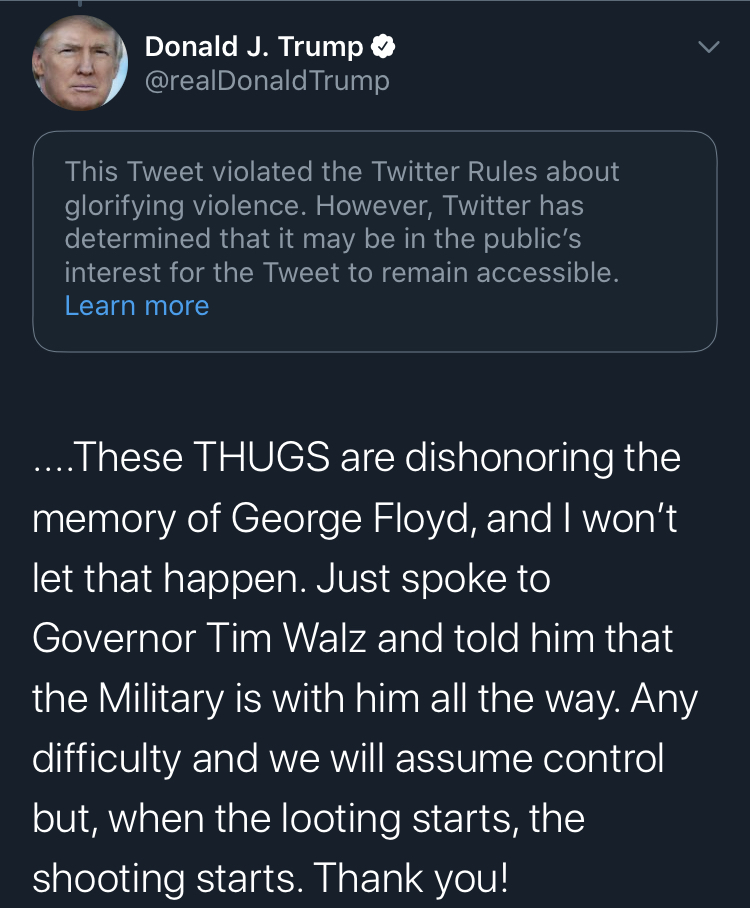 It would be recalled that Twitter on Wednesday labelled two of Trump’s tweets as ‘unsubstantiated’ which resulted to US President threatening to ‘strongly regulate’ or close down social media platforms.

Fulfilling his promise of strongly regulating social media platforms, Trump on Thursday signed an executive order aimed at increasing the ability of the government to regulate these mediums.

Meanwhile, protesters in Minneapolis are calling for criminal charges to be brought against four police officers who were involved in the arrest and killing of 46-year-old George Floyd on Monday night.

All four officers have been dismissed from their duty posts but protesters are demanding for legal actions to be taken.

The peaceful protest escalated into a violent one on Thursday night after police officers began spraying tear gas in the air and shooting at protesters with rubber bullets.

In turn, cheering protesters torched a police station abandoned by the retreating officers, some broke into stores looting and destroying things.

See photos from Minneapolis protest below; 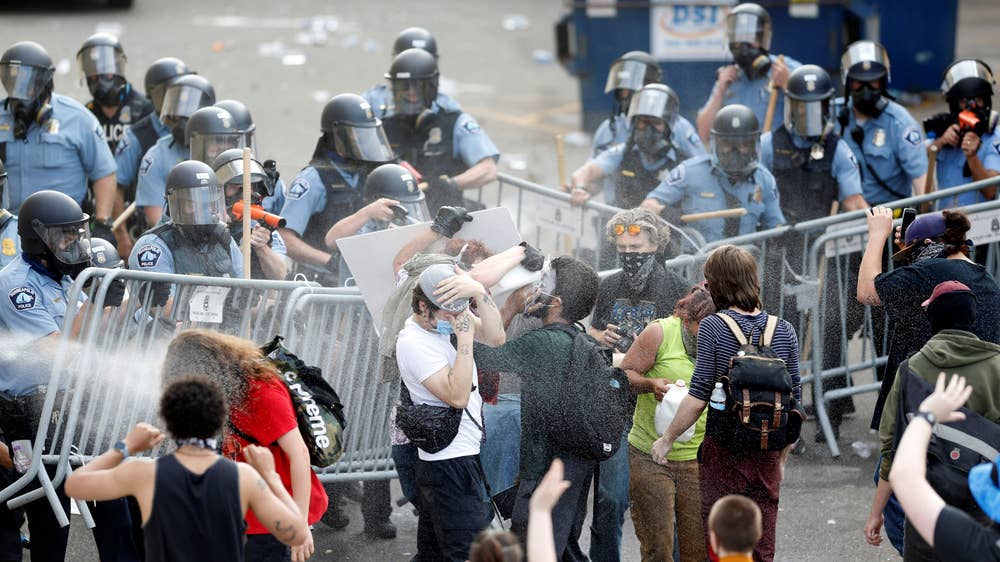 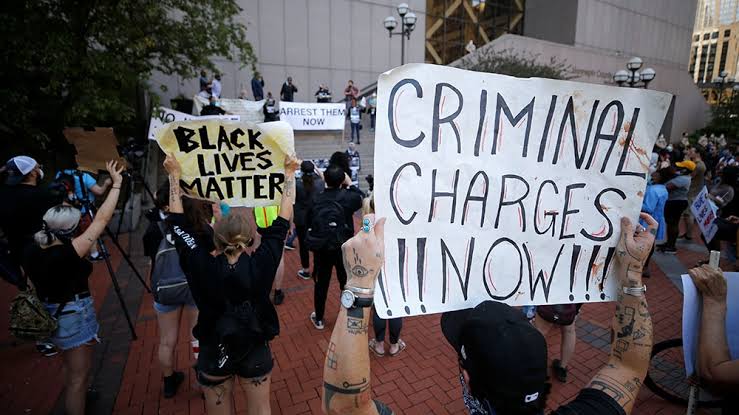 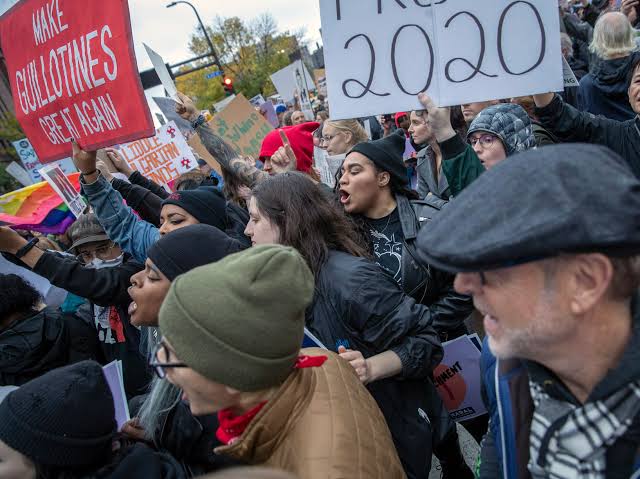 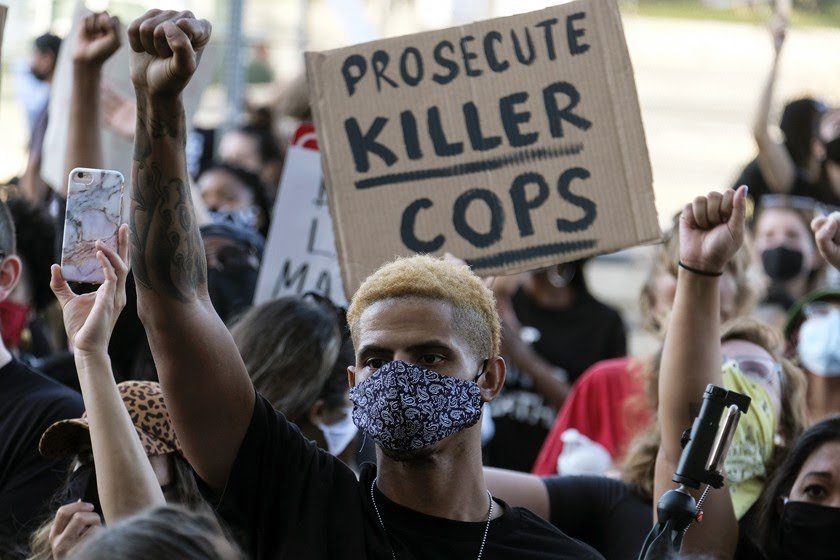 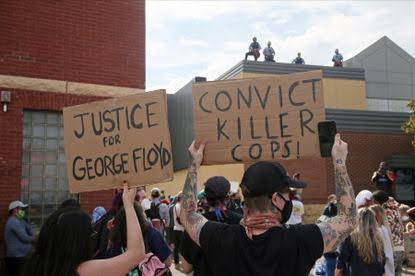 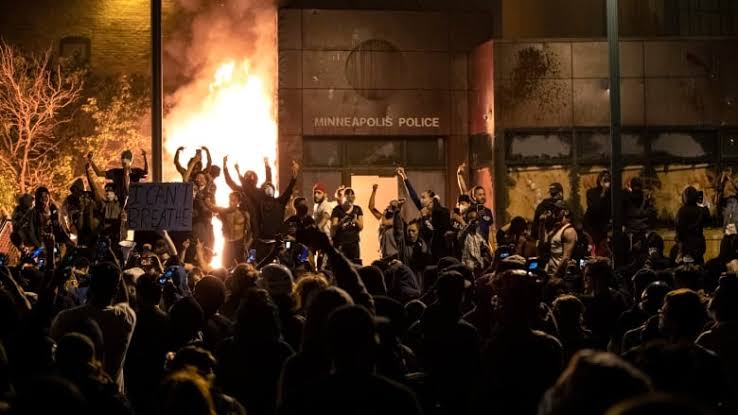 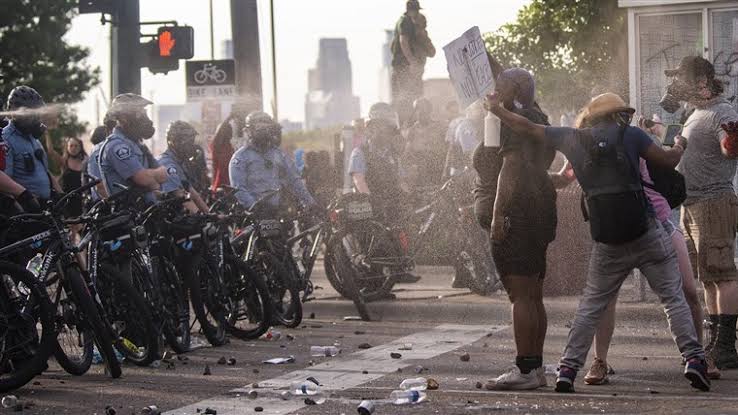 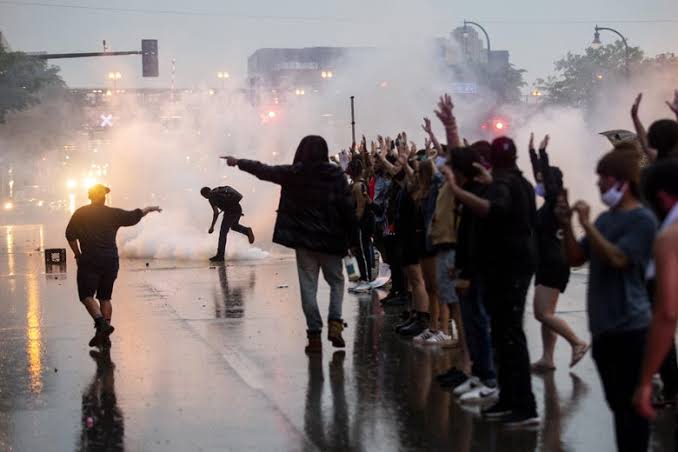 Amy Cooper: White Woman Sacked For Falsely Accusing A Black Man Of Threatening Her Life
US Police Derek Chauvin Who Killed George Floyd By Kneeling On His Neck Charged With Murder