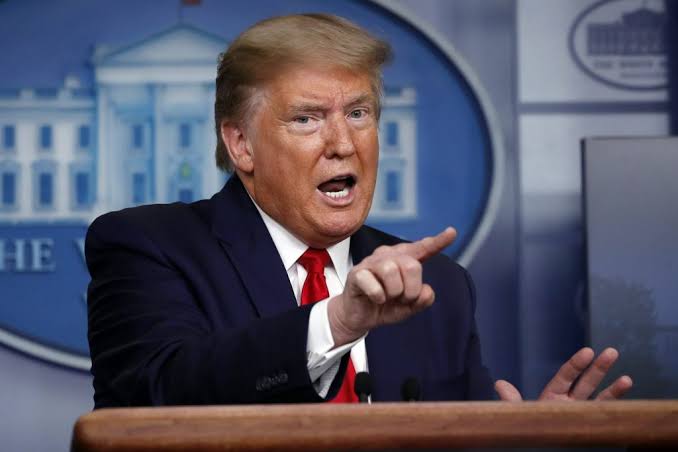 US President Donald Trump has signed an executive order aimed at increasing the ability of the government to regulate social media platforms.

The order comes two days after Twitter labelled two of Trump’s tweets as unverified and potentially misleading, an action which peeved Trump enough for him to respond by threatening to strongly regulate or shut down social media in America.

Speaking from the Oval Office ahead of signing the order on Thursday, Trump said that the move is to ‘defend free speech from one of the gravest dangers it has faced in American history’.

Trump, who frequently posts on Twitter and has more than 80 million followers on the platform, said that, if his lawyers could find a way to legally shut down Twitter, “I would do it.”

He said his administration would check powers of social media companies to censor opinions and views of Americans, adding that;

We are here today to defend free speech from one of the greatest dangers. A small handful of social media monopolies controls a vast portion of all public and private communications in the United States.

They have had unchecked power to censor, restrict, edit, shape, hide, alter, virtually any form of communication between private citizens and large public audiences. I guess it is going to be challenged in court, but what isn’t?

Trump’s order targets a US law known as the communications decency act, where section 230 grants liability protections to social media companies, as well as immunity to websites that curate and moderate their platforms.

A part of the new executive order reads;

In a country that has long cherished the freedom of expression, we cannot allow a limited number of online platforms to hand-pick the speech that Americans may access and convey online. This practice is fundamentally un-American and anti-democratic. When large, powerful social media companies censor opinions with which they disagree, they exercise a dangerous power.

Responding to this, Twitter in a post late Thursday described the executive order as ‘a reactionary and politicized approach to a landmark law.’

It said Section 230 of communication decency act protects innovation and freedom of expression, and that ‘attempts to unilaterally erode it threatens the future of online speech and Internet freedoms.’