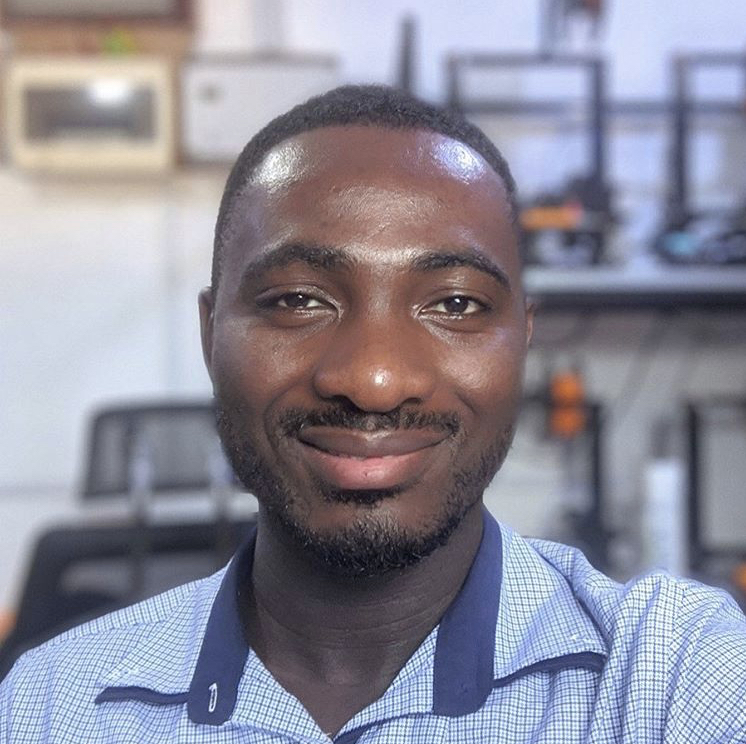 Good deeds go beyond consideration of ethnic group, colour, race or social status, and an American family have proven this to a Ghanaian man named Isaac Sesi.

Sesi, in an appreciation letter detailed how the American family known as The Cassis found, cared for him and adopted him one of their own. 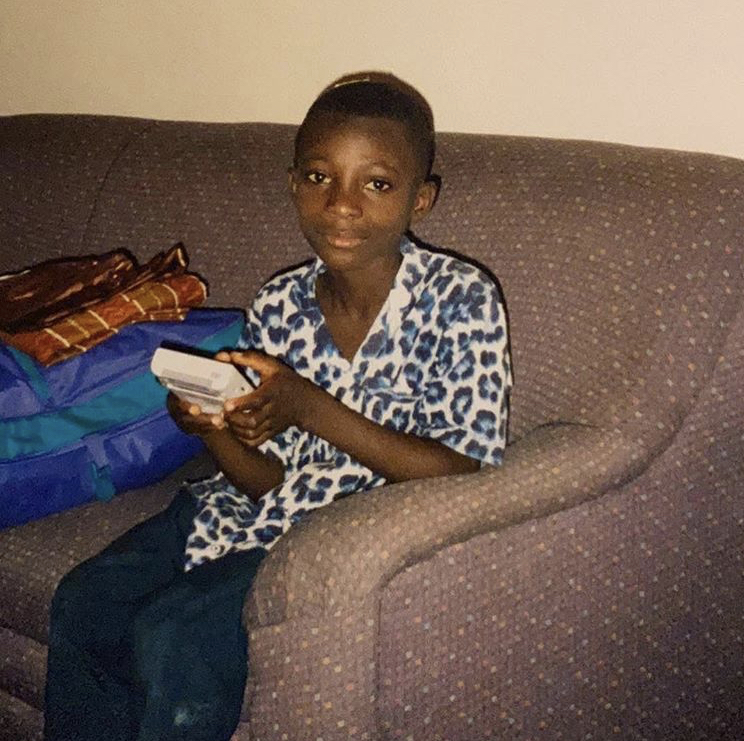 According to him, he grew up in a humble family without electricity or running water but was still able to go to school.

So in the evenings, when I came home from school, I’d sit out near the road. Across the street there was a hotel where foreigners stayed. I’d watch them play Frisbee. I’d watch them buy African souvenirs from the street vendors. Occasionally one of them would come speak to me. I was an inquisitive child. I liked to ask questions. So I think they found me entertaining.

He said one evening he met an American girl named Talia Cassis who came up to him and started asking questions and making small talk.

Sesi, now 27, stated that the girl inquired about his name and other things, adding that;

But then she asked my birthday, and I told her: ‘November 19th.’ ‘No way.’ she replied. ‘That’s my birthday too!’ And after that we became friends. Her name was Talia. She’d come visit me every evening, and bring me chocolate chip cookies. She’d let me play her Game Boy. She’d ask about my family. She’d ask about school. I was the best student in my third grade class, so I’d show her my report cards, and she’d get so excited. She was the first person to take me to the beach. I’d never even seen the ocean before. We had so much fun together. 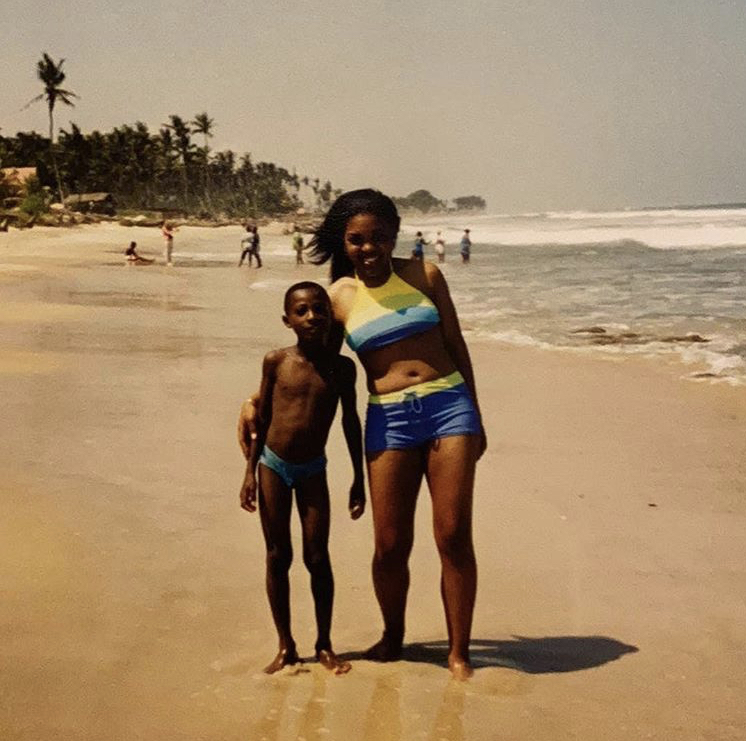 The fun soon came to an end after Talia told him she was returning to her country, America. This, he narrates saddened him and made him cry. But before she left, Talia went ahead and bought matching necklaces, took one final picture of them and promised to write him regularly. 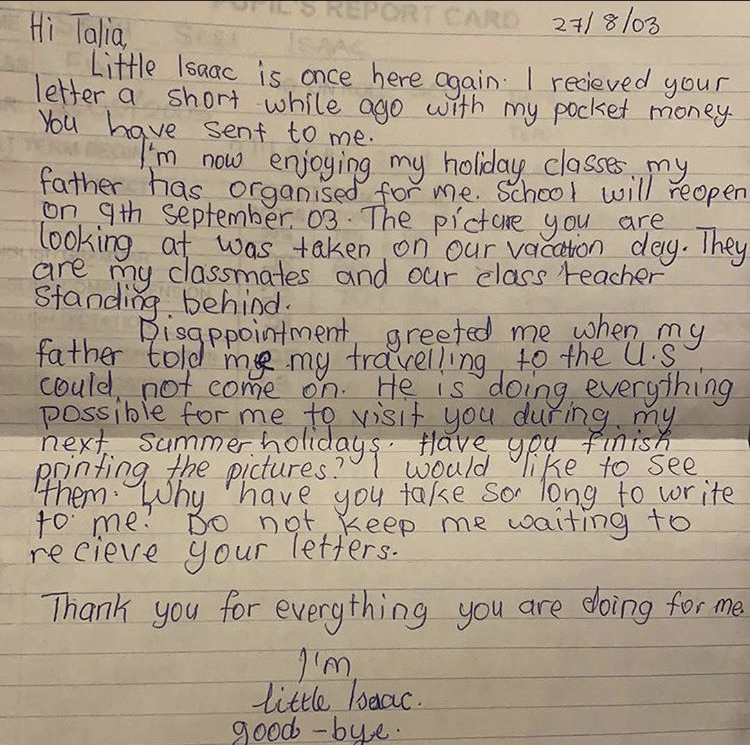 And she promised that she’d write me letters. It was a promise that she kept. The first letter arrived a few weeks after she left. And there were many letters after that. 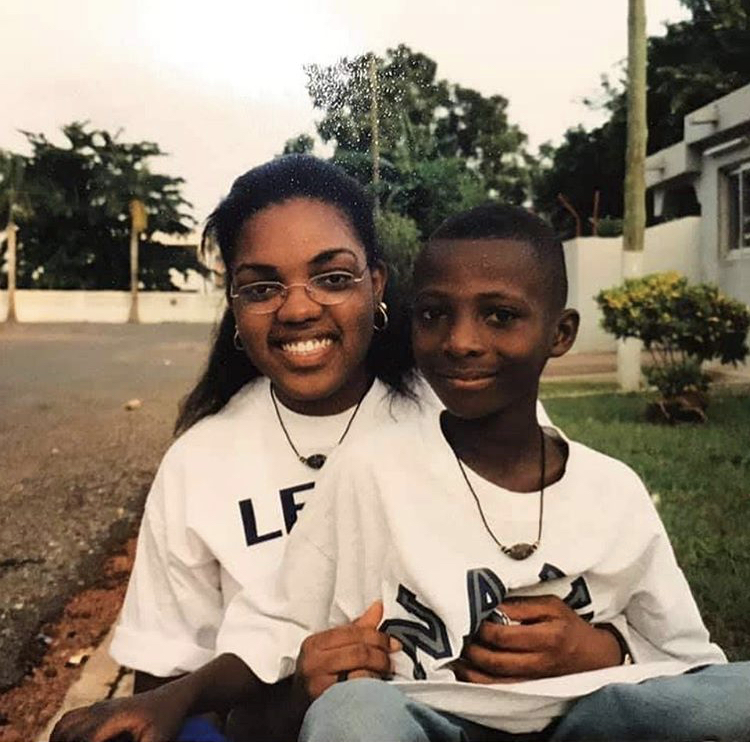 When Talia returned to America, she told her parents about her new friend, Sesi, and he was invited over to the country to stay with the family for a month. 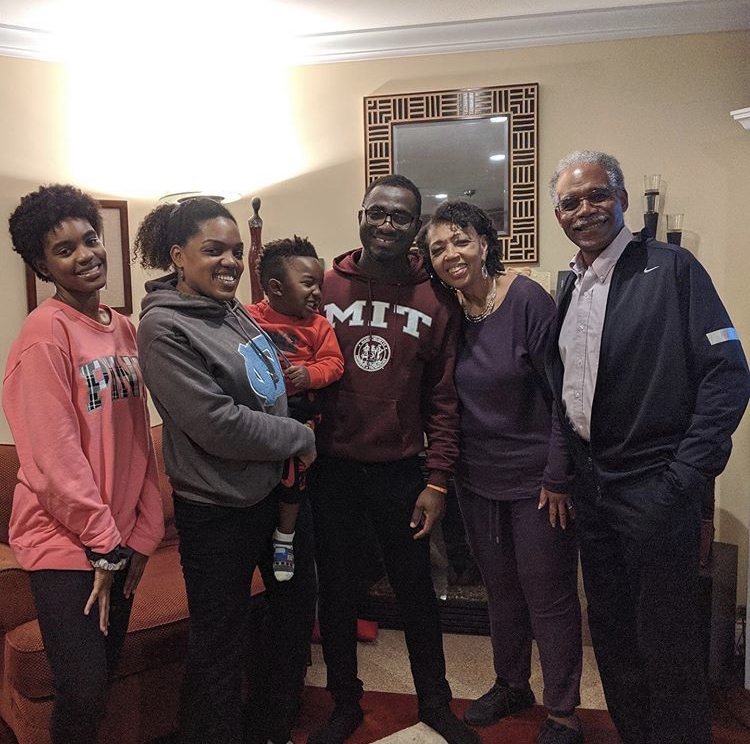 They took me to baseball games, and amusement parks, and shopping trips. It was the best time of my life. When I returned to Ghana, they paid for all my school fees. They bought my books and clothes.

They paid for me to get a degree in engineering. Now I have my own company. The Cassis family turned my life around. I was just some random kid they didn’t know, and they gave me a chance for my dreams to come true. 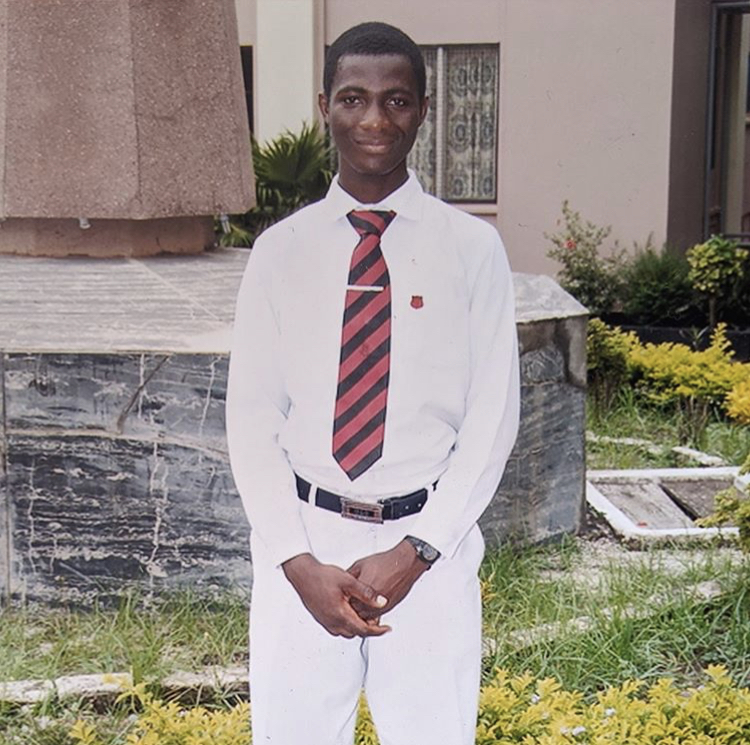 He concluded his story saying;

I went back to visit them last year. But this time I didn’t need them to pay my way. I was giving a speech at MIT, because I’d been selected as one of their top innovators under the age of 35. 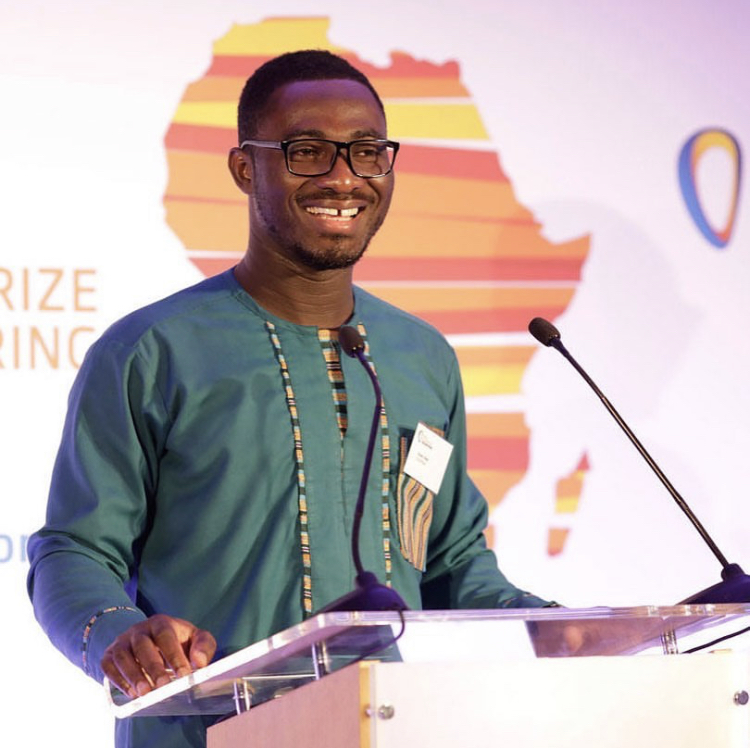 Isaac Sesi is now an entrepreneur, engineer, and founder of Sesi Technologies, a Ghanaian company that solves agricultural and food challenges.

He is known for his development of a moisture meter called GrainMate which helps sub-Saharan African farmers reduce post-harvest losses by measuring moisture levels in crops so they don’t spoil before being sold. 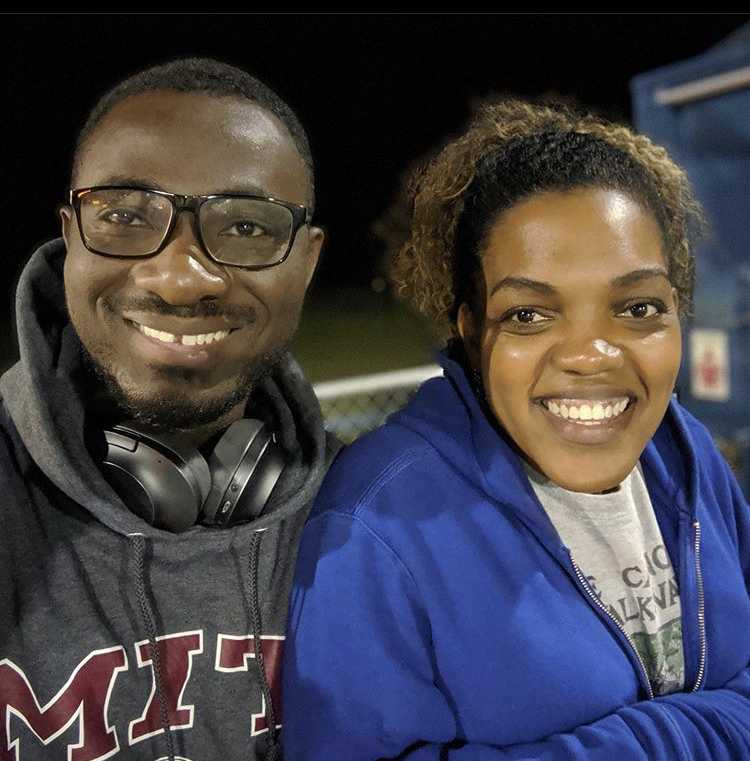 Sesi has a number of achievements to his name including being part of Tony Elumelu 2018 Entrepreneurship Programme.

This is all thanks to the Cassis Family who adopted him as a son and raised him as one of their own, despite having no blood ties to him.