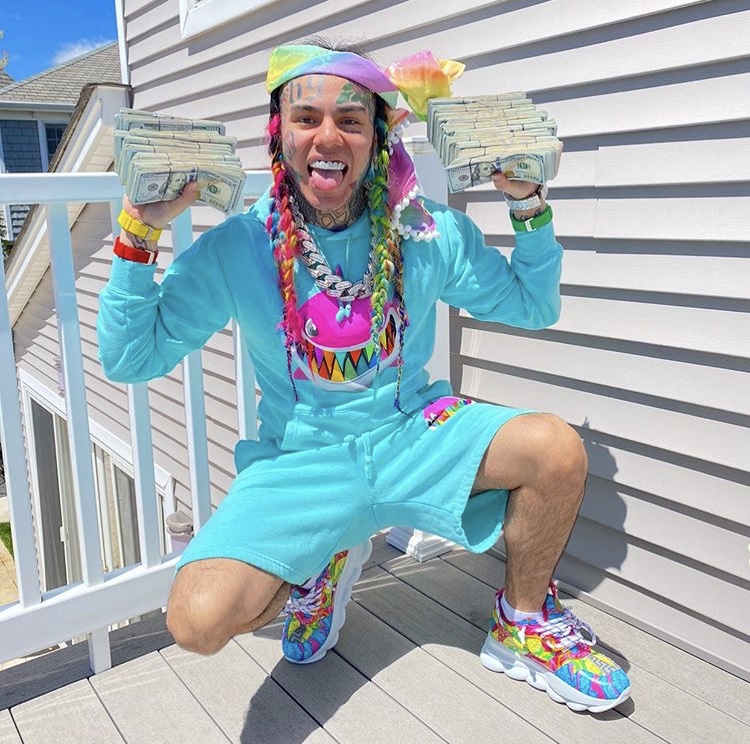 A foundation in the US known as No Kid Hungry Foundation has rejected Tekashi 6ix9ine’s offer to donate $200K to their foundation aimed at feeding hungry kids.

According to a statement from the foundation, it was rejecting the rapper’s donation because his activities do not align with their mission.

TMZ reports that the spokesperson for foundation, Laura Washburn, stated;

We are grateful for Mr. Hernandez’s generous offer to donate to No Kid Hungry but we have informed his representatives that we have declined this donation.

As a child-focused campaign, it is our policy to decline funding from donors whose activities do not align with our mission and values.

Tekashi however not pleased his donation was rejected and he took to Instagram to express his displeasure.

No Kid Hungry Foundation rather take food out the mouth of these innocent children. I never seen something so cruel.

The rejection of the donation comes after a woman, who claims she’s Tekashi’s baby mama, called him out after he announced he was donating $200K to feed hungry kids.

The woman alleged that he’s not taking care of his daughter and he has never even met her, yet he’s donating to other kids.

However, some defended her and suggested that the foundation probably rejected the donation because of the criminal activities that led Tekashi to jail.

Tekashi recently broke the internet during his ‘welcome back from jail’ Instagram Live session that hit a world record of 2 million viewers. He released a new video and addressed his ‘haters’ during the live session.

The rapper was sentenced to two years imprisonment in December 2019 for racketeering and other gang related activities.

He was released early from prison due to how prone he is to the coronavirus being a chronic asthma patient. Tekashi has now being placed under house arrest for the rest of his jail term .

The rapper was facing a minimum of 47 years and a maximum of life in prison, but a plea bargain reduced his sentence to a 2-year jail term, after he cooperated with the authorities during his trial to help put away some members of the US violent street gang, known as Treyway Gang, which he was once a member.