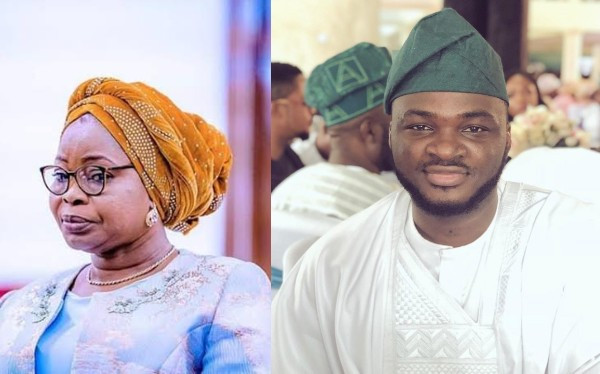 Ayobami Agboola, the son of the Oyo State Head of Service Amidat Agboola has been heavily criticized for his involvement in a ‘ghost worker’ scandal.

The man, whose mother was appointed in 2019, recevied backlash on social media after he accused a Twitter user (@Advsola), who appears to have been an erstwhile friend, of waiting on him to secure a ‘ghost worker’ job through the influence of his mother.

The former friend of Ayobami known as Sulaimon Adesola in return said the Oyo head of service’s son reached out to him and promised to include his name in a list of “ghost workers” in the State which he accepted but didn’t request for it as claimed.

Ghost working is a common practice in some states and the federal service where corrupt officials use names of non-workers, as as ‘ghost workers’, to receive payment of salaries or allowance without being in active service.

This conversation between the two men came up after Ayobami and Adesola disagreed on Twitter over the response of the Oyo government to the coronavirus pandemic.

Ayobami who tweets with the handle @dondekojo insisted that@Advsola’s criticism against the administration of Governor Seyi Makinde of Oyo was because he could not secure a “ghost job” under the government through him.

This led to a series of heated word exchange between the two men on Twitter, some of which were later deleted.

See their conversation below; 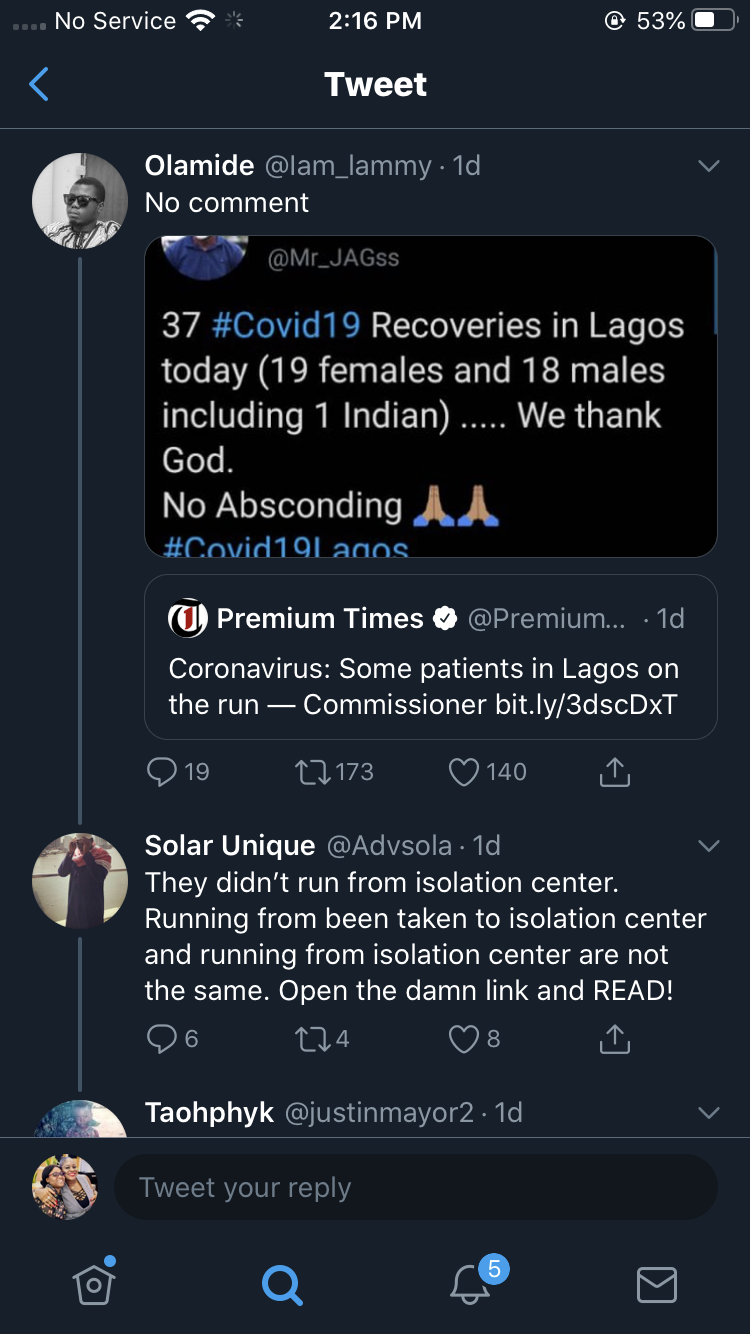 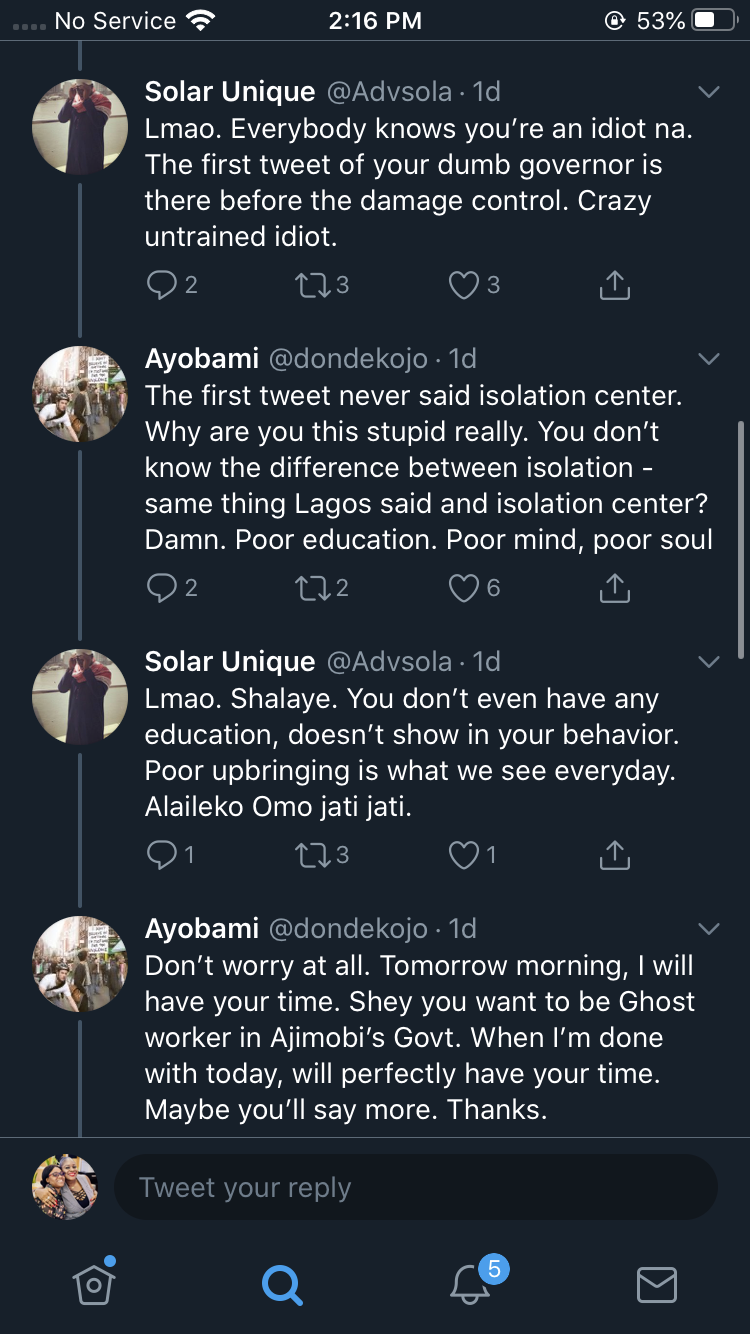 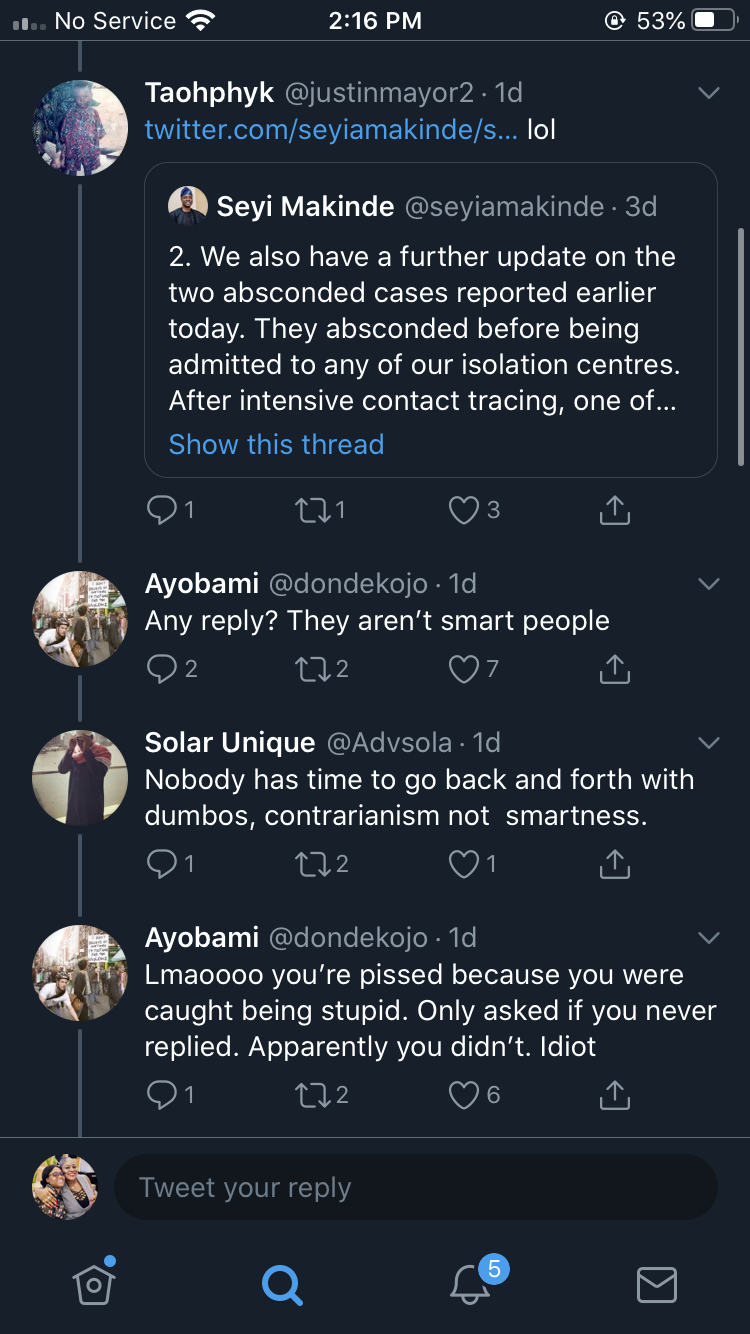 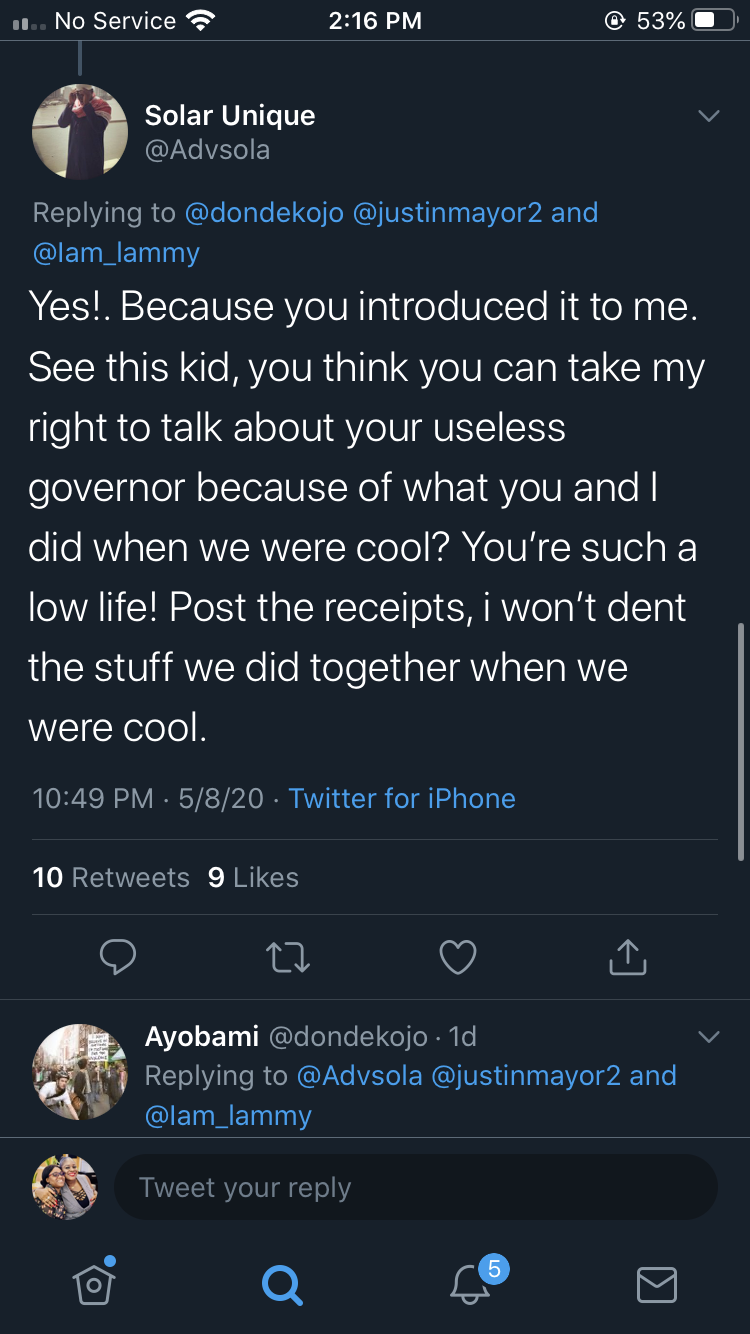 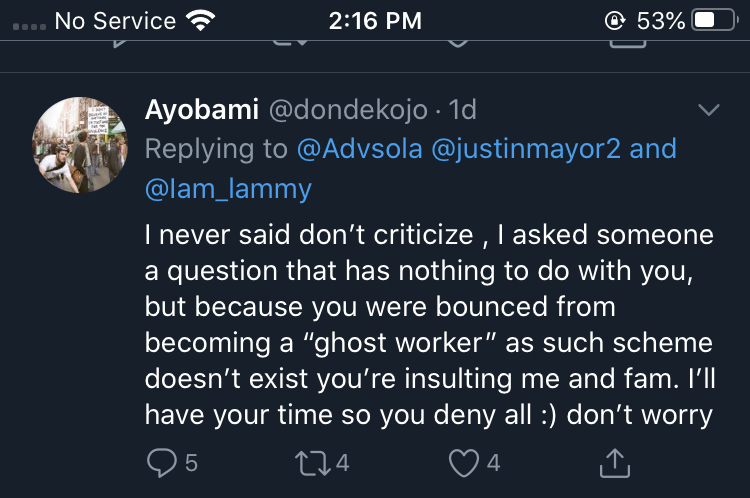 Ayobami alleged that Adesola came to him in February 2019, begging to help him with a government job ‘that’ll keep him less busy.’

Adesola, who according to Ayobami was jobless at the time was said to have pestered him to get him a ghost worker job, adding that he refused to get involved in any job scandal in Oyo state.

Ayobami later admitted to agreeing to include Adesola in a ‘ghost workers’ list, saying he only joked about it. 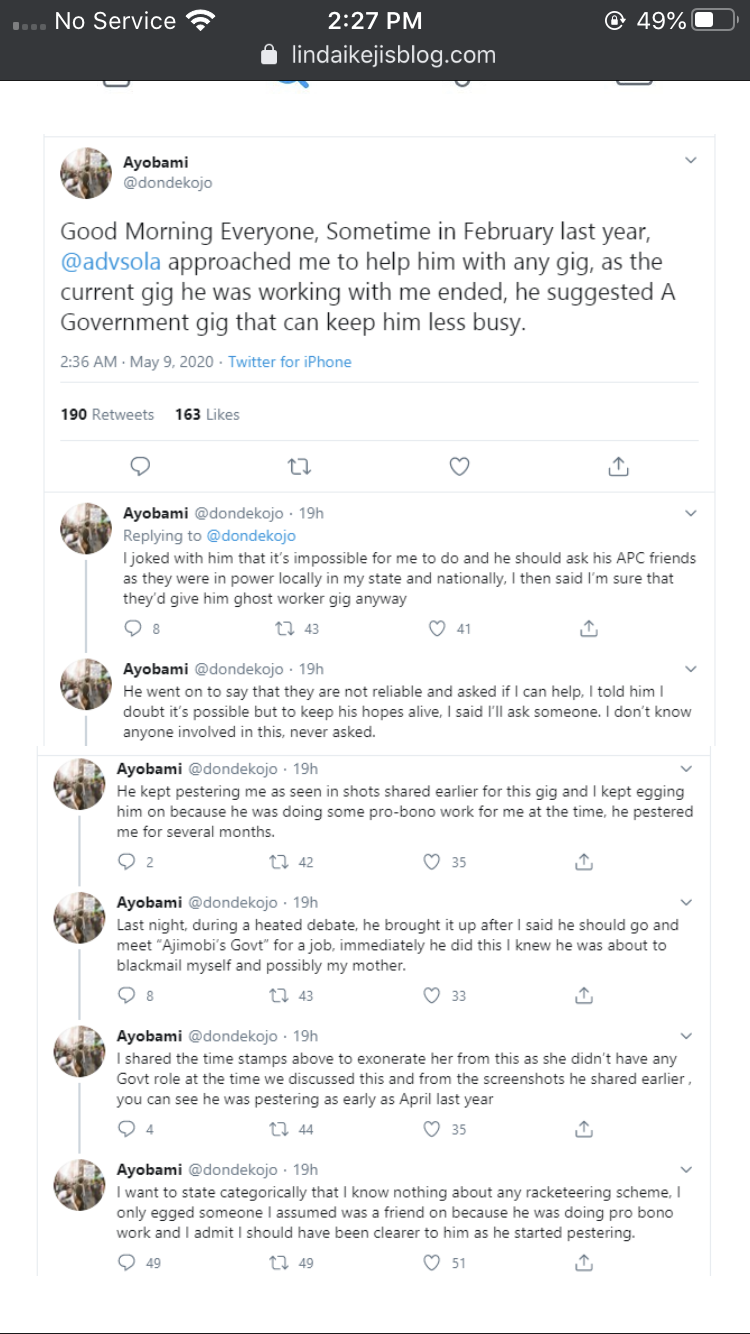 This sparked a lot of controversy on Twitter as many Nigerians expressed disappointment over the men, especially Ayobami for his involvement in a ‘ghost worker’ scandal. 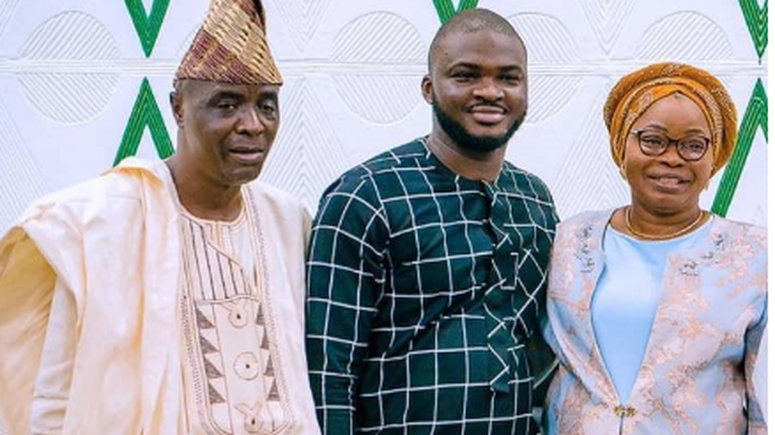