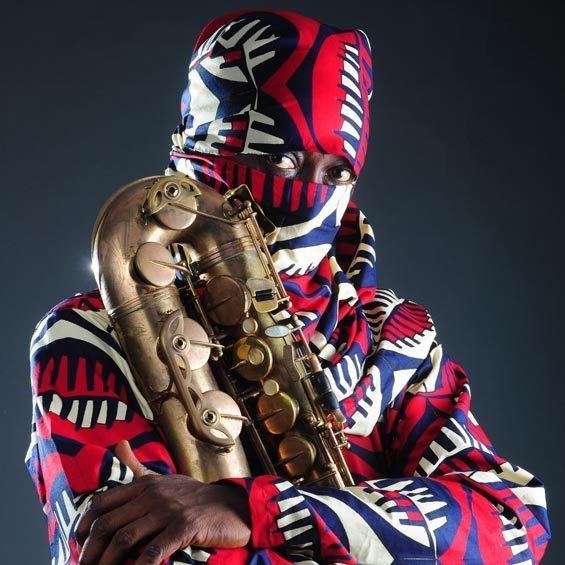 Many Nigerians have celebrated popular music icon, Bisade Ologunde, better known as Lagbaja, as he marks his 60th birthday.

The percussionist is known as the man behind a traditional mask on stage and even in his music videos.

According to the ‘Kon Kon below’ crooner, the mask is a symbol for the faceless and the voiceless in the society and the name ‘Lagbaja’ also means anonymous in Yoruba language. 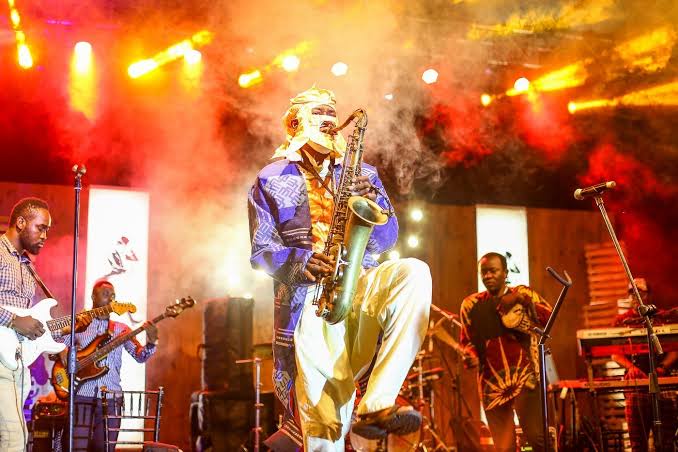 His style of music is also reflected in his stage attire which fully represents the Yoruba culture and that of a ‘common man.’

Many of his songs are mostly about the plight of the common man and songs that are critical of the leadership in Africa.

Some of such songs are ‘Naija Must Sweet Again,’ ‘Bad Leadership,’ and ‘Surulere’ where Lagbaja sang about the biggest problem afflicting Nigeria and Africa as a whole. 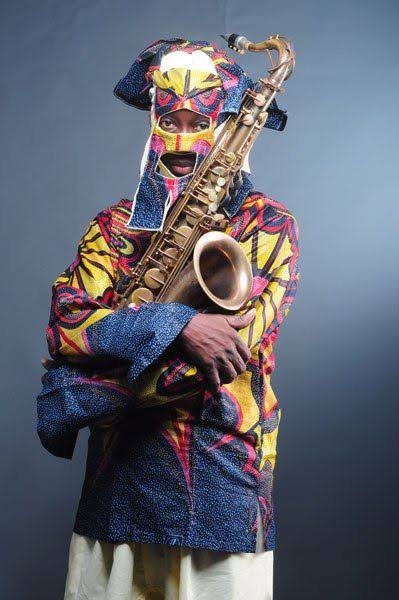 Among those who took out time to celebrate Lagbaja is the former Vice President of Nigeria, Atiku Abubakar.

60th birthday greetings to ‘omo baba muko muko’, the masked one who was #COVID19-proof long before this season. I wish you many more years in strength and good health. -AA pic.twitter.com/28c58p8xu2

See some other birthday messages below;

Happy 60th Birthday to the Masked Man who gave us:

Congratulations to the Legend, Lagbaja omo baba mukomuko on his 60th Birthday.

Which of his songs is/are your favorites?pic.twitter.com/EdjdJPZteU

Lagbaja Omo Baba Muko Muko is 60 today. Happy birthday to the man, the myth, the legend. One of the greatest of our time 🖤 pic.twitter.com/C1o0nlXlEn

LAGBAJA IS 60 Today
Wishing the Nigerian afrobeat musician, singer-songwriter & percussionist, Bisade Ologunde, known as Lagbaja (meaning ‘anonymous’ or ‘faceless one’ in Yoruba), a happy 60th birthday. I wish him the best in life. pic.twitter.com/JI4YlnQk65

Happy 60th birthday to Bisade Ologunde aka LAGBAJA. Thank you Legend for living a life of purpose and relevance. Thank you for those monster hits. Thank you for being you and true pic.twitter.com/T4Oqs4Ghqh

Happy 60th birthday to the legendary and timeless Lagbaja. Here’s one of our favourite videos of the living legend performing live
pic.twitter.com/Vez1hWzt4e

So Lagbaja is 60 years old today? Like play like play o.
Meanwhile, some of our leaders have turned to vampires in their age – they keep subtracting 10 years from their age as they grow older.

Happy B-Day to you, Bisade Ologunde, the mask master. Wishing you the best you desire pic.twitter.com/VFEAOLWboD

Can we make Lagbaja is 60 trend today? Born Bisade Ologunde on May 16, 1960.
The masked artist & creator of Africalypso has given us Konko Below, Feyin E, Gra Gra, Never Far Away etc
Thank you Lagbaja for the gift of good music. #thankyoulagbaja #lagbajais60 pic.twitter.com/bOe4K3VKAl

There’s no doubt, Lagbaja is a legend…

A king that distinguish himself👑. You can learn uniqueness from Lagbaja 👌 pic.twitter.com/mMgxkhjQLV

Today we celebrate a living legend!, The ever-fascinating Lagbaja as he turns 60. 🎺🎷
The timeless musician gave us numerous songs that were perfect for almost any occasion.

He saw Covid19 before anybody. Happy birthday Lagbaja omo baba mukomuko. A legend in the music industry. pic.twitter.com/z6aZij823s

Lagbaja has had his face masked up even before some people where born🙄😂& it’s like he envisaged that covid19 would arise,if to say we know,we’d have our faces covered in masks too👽 happy birthday lagbaja the mask guy🎉🎊

How come no one has unraveled the real face of this man.

Damn! I was legit vibing to all his songs yesterday through midnight.
You didn’t only make great music but you were pure art. Your sax along with the Bata drum percussion accompanied your virtuoso dance steps.
Your art spoke to power. You’re the only one close to Fela.#lagbaja pic.twitter.com/x6DCSrMGmE

Though, the face behind the mask has not officially unveiled, it is said that Aremu Afolayan, a Hollywood actor mistakenly revealed the identity of the singer on his 59th birthday last year.

Afolayan wishing him a happy birthday on Instagram shared the photo of a man a without mask alongside the masked Lagbaja. 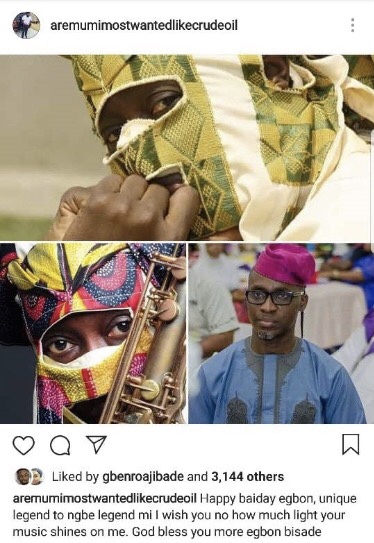 The post was later deleted, giving credence to the suspicion that the photo was indeed that of the masked performer.