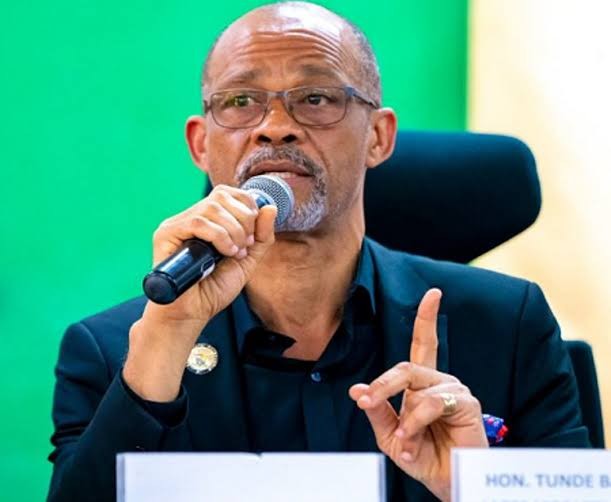 Lagos state Commissioner for Health, Prof. Akin Abayomi has announced that only severe coronavirus patients will be isolated while mild cases will be managed at home.

The health commissioner said the decision became necessary as the state has exceeded the containment phase and now at the active community transmission stage.

He added that the commission will intensify home treatment for coronavirus patients with mild symptoms, because isolation centers are running out of bed spaces following increased cases of coronavirus in the state.

Meanwhile, the Nigeria Centre for Disease Control (NCDC) has admitted to erroneously announcing that Zamfara state recorded 8 new cases of the coronavirus on Monday.

On May 18, NCDC had announced that Zamfara state had recorded 10 new cases of the coronavirus and the state government on Tuesday insisted the state had only recorded 2 new cases and not 10.

Alhaji Yahaya Kanoma, the state Commissioner of Health told the News Agency of Nigeria (NAN) in Gusau that the state government had alerted the NCDC of the error and demanded that it be rectified.

We were shocked and bewildered by this latest figure from the NCDC which said 10 new cases were confirmed when we know it was only two.

Our records have shown that when results from the center returned, we had a total of 76 cases made up of 45 discharged persons, 26 in isolation and five dead, so we didn’t know where NCDC got the additional eight.

We approached the center which could not give a convincing explanation, and so we demanded for a written apology which they promised to send as well as withdraw the media publicity that we had 10 new cases.

The NCDC while reporting the new cases of coronavirus as at 20th of May, 2020 rectified the error and apologized to Zamfara state while acknowledging it was wrongly recorded.

On the 18th of May, 8 new cases in Zamfara were erroneously announced

Therefore, as at the 20th of May 2020, Zamfara has recorded a total of 76 confirmed cases

We apologise to @Zamfara_state for this error and reiterate our commitment to accurate & transparent reporting of data pic.twitter.com/RIeUhZ2e0a

Continue Reading
You may also like...
Related Topics:CORONAVIRUS IN LAGOS, ncdc, Zamfara