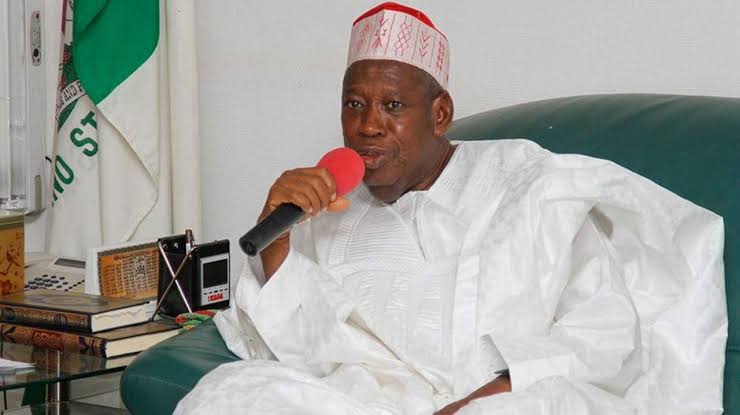 Governor of Kano state, Abdullahi Ganduje has slashed the salaries of political office holders by 50 percent, which will be effective from this month.

This follows a shortfall in the federation’s account and collapse in the state’s internally generated revenue due to the coronavirus pandemic.

In a statement released by Governor Ganduje’s Chief Press Secretary Abba Anwar on Sunday May 17, it was gathered that those affected include the Kano State Governor, his deputy Dr Nasiru Gawuna, all commissioners, Special Advisers, Senior Special Assistants and Special Assistants among others.

Due to shortfall in the federation account and collapse in the Internally Generated Revenue (IGR) because of COVID-19 challenges, all political office holders in Kano State are to receive half salaries with effect from May.

There is also a serious setback in the IGR, due to COVID-19 pandemic challenges. Almost all companies in the state are no longer in operation due to lockdown.

Also other areas where the state gets revenue are no longer operational. This also is another reason for giving political office holders half salary.